The world's most successful new immigrants to the Americas are not Syrian immigrants or Chinese millionaires. But like many other migrants, they're here thanks to climate change and globalization. 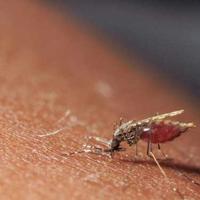 The immigrants are two African viruses, chikungunya and Zika, following their successful cousin the dengue virus, which has enjoyed a 30-fold increase in cases in the past 50 years -- from Australia across South Asia and Africa to much of Latin America.

Let's start with dengue, which migrated out of Africa and southeast Asia some 500 years ago. It hitched a ride on Aedes aegypti, an African mosquito species; the internet tells us it probably reached the Americas because of the slave trade. Aedes aegypti enjoys human company and likes to lay its eggs in artificial water containers.

Dengue soon acquired the name "breakbone fever," for the high fever and intense joint and muscle pains it causes. It also causes severe headaches, pain behind the eyes, and a rash. But it's rarely fatal, and once infected, you're immune for life -- to that particular strain.

If another of dengue's four strains infects you, however, you're at increased risk of "severe" dengue (also called dengue hemorrhagic fever), which can be fatal. The World Health Organization estimates that almost four billion people around the world are at risk of dengue,and 390 million actually contract the disease.

Here in northern latitudes we've ignored dengue, though travellers sometimes import it. An imported case is no problem, except for the patient; the disease spreads from human to mosquito to human. So if you come home to Toronto from Brazil with dengue, you're not going to get bitten by Aedes aegypti or some other heat-loving mosquito species.

But if those species are already in residence, and they acquire dengue from infected humans, everyone's suddenly at risk. Now it's beginning to encroach on some popular Canadian winter destinations like Florida and Hawaii (which has recently reported over 150 locally acquired cases).

Dengue is an old-timer in the western hemisphere. Chikungunya, another African virus, arrived just two years ago. It's an immigrant success story: early in December, the Caribbean island of Saint Martin experienced an outbreak, among mosquitoes as well as humans, and since then the disease has spread rapidly. By March 2015, the US Centers for Disease Control estimated 1.2 million people in 44 countries had contracted the disease.

The true number is likely far higher. Chikungunya's symptoms can be confused with dengue, and many Caribbean and Latin American countries simply lack the resources to track yet another new disease. (Haiti gave up over a year ago with a guess of maybe 65,000 cases.)

First identified in 1952 in what's now Tanzania, chikungunya gets its name from a local language. The WHO says it means "to become contorted" by the pain it causes in victims' joints. The disease migrated east at first, infecting almost 2 million people across India and southeast Asia as far as Indonesia and the Pacific islands.

Chikungunya has thrived even more in the Americas in the past two years. It's effectively entrenched across the Caribbean, as well as Latin America from Mexico to Peru and Brazil. And it's not just a problem for tropical countries. The Pan American Health Organization reports locally acquired cases from southeast Brazil to Florida and the Gulf coast -- pretty much the range of Aedes aegypti.

Chikungunya has been "autochthonous" (locally acquired) in Florida since the summer of 2014. Only about a dozen other local cases have been identified since then, and most people soon recover. But a recent report says the disease can sometimes cause encephalitis. An outbreak a decade ago on the island of Reunion resulted in several encephalitis deaths and many long-term neurological disabilities.

Given the range of Aedes aegypti in the United States, chikungunya is poised to become a major problem throughout the Deep South from Florida to east Texas, as well as much of southern Arizona -- popular destinations for Canadian snowbirds. But the virus can also travel in another mosquito, Aedes albopictus, whose range extends to the Middle West and New York City.

More than just a nuisance

The latest mosquito-borne threat is Zika virus, first identified in Uganda in 1947. Its symptoms are similar -- fever, headache, joint pain -- but it rarely lasts more than a few days. It's been moving east from Africa, and in 2014 it made a long jump from French Polynesia to Easter Island -- and then to Chile. From there it's swept east and north across much of South and Central America, reaching as far north as Mexico.

Like chikungunya, Zika seemed like just another damned nuisance, but in Brazil it's become not just widespread but a major political issue.

As a recent report describes it, Dr. Kleber Luz in Natal, Brazil, got a call on Oct. 20 from a colleague in another northern city, asking how many cases of microcephaly -- babies born with small heads and neurological problems -- Natal had seen lately.

The typical rate was three or four, but in 24 hours Dr. Luz found that Natal alone had seen 11. And the numbers were high all across northeast Brazil. When Dr. Luz and his colleagues found that many of the mothers had contracted Zika early in their pregnancies, they knew Brazil had a big problem -- and so did every other country with Aedes mosquitoes.

Guillain-Barré, according to the U.S. National Institutes of Health, is a rare disorder in which the body's immune system attacks the peripheral nervous system, resulting in weakness and paralysis. "Usually Guillain-Barré occurs a few days or weeks after the patient has had symptoms of a respiratory or gastrointestinal viral infection." Recovery can take anywhere from a few weeks to a few years.

Zika has suddenly gained a great deal of respect, and medical researchers are taking more interest in it than ever before. The website of Brazil's ministry of health has pages dedicated to basic information plus news updates about the disease and measures being taken against it. Brazil's media are taking Zika very seriously as well.

But it's not just in Brazil. Zika has spread rapidly along the southern shores of the Caribbean, into Central America, and as far north as the Mexican state of Nuevo León, just south of Texas. Ten Latin American countries have reported local Zika cases so far. Caribbean nations like Jamaica are already hiring new workers to fight Zika's inevitable arrival.

Canada is unlikely to see any local cases of these diseases until late in the century -- if global warming expands the range of Aedes aegypti and albopictus far enough. But many Canadians head south every winter, where they expose vast expanses of bare skin to mosquitoes. Our hospitals will therefore have to prepare to diagnose and treat far more imported cases of dengue, chikungunya, and Zika than they do now.

The Canadian health system will save itself a lot of grief if it prepares now for this onslaught. While a couple of experimental dengue vaccines are being tested, chikungunya and Zika have nothing of the sort, and painkillers are still the key therapy for all three diseases. Canada might invest in developing new vaccines (the market would be enormous) -- or go straight to the source and counter-attack the mosquitoes themselves.

We can now "engineer" mosquitoes to transmit sterility to their female offspring just as they pass on countless diseases to us. This is already being tried out on Anopheles gambiae, which carries malaria -- a disease which in 2015 sickened 214 million people and killed almost a million.

Dengue, chikungunya, and Zika are far less lethal, but they have greatly stressed the economies and healthcare systems of tropical nations. Eradicating the the mosquitoes that carry them would be an enormous achievement, saving the lives of hundreds of millions.

Someone's going to do it. It might as well be Canadians as anyone else.