For some bacteria and viruses, cheap, rapid air travel has ushered in a golden age. In 2003, SARS went from Hong Kong to Toronto in hours. In 2009, a flu outbreak in Mexico and the United States turned into a worldwide pandemic, carried in part by British schoolgirls on a holiday in Mexico. In 2010, cholera hitchhiked in the bowels of Nepalese peacekeepers all the way to Haiti, where in less than four years it has infected over 700,000 people and killed 8,500. 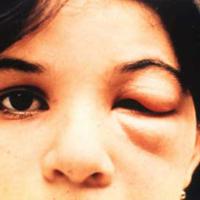 Chikungunya (pronounced chicken-GUN-ya) is the latest viral success story, but probably not the last. First identified in Tanzania in the early 1950s, it gradually spread into India and Southeast Asia. Now it's in the western hemisphere. It's not likely to become endemic in Canada, but Canadians travelling in the U.S. and Latin America could soon bring it home as an unwelcome souvenir, and its economic effects will be unwelcome also.

The name comes from the African language Makonde, and means "that which bends up." It is often confused with dengue, which has similar symptoms: fever, vomiting, severe headache and joint pain. John McHoul, an American missionary in Haiti for 25 years, recently tweeted: "I've had malaria 18 times, twice this year, but this virus makes malaria seem like the sniffles." He also tweeted: "This chikun thing is brutal. Struggling daily with joint pains. Taking arthritis medicine daily." Dr. Jen Halverson, an American pediatrician who also works in Haiti, replied: "Totally agree. I can't compare to malaria, but it's brutal. I'm starting 2 new arthritis meds, hoping for improvement."

Early last December, 10 locally contracted cases were confirmed on the Caribbean island of St. Martin. That is, someone had arrived in St. Martin with chikungunya and been bitten by a local mosquito. The mosquito had then bitten more local persons, who in turn had passed the disease on to other people -- and other mosquitoes.

In the seven months since then, chikungunya has spread with remarkable speed across the Caribbean and onto the South American mainland. The Pan American Health Organization on June 20 reported 183,761 suspected chikungunya cases across the Caribbean -- 18,000 higher than the week before, and almost certainly a major undercount. On June 27, the count was 259,723 -- 94,000 more than the week before.

Chikungunya's sole virtue is that it's very rarely fatal; in the present outbreak, only 21 deaths have been recorded. Patients recover, usually within a week, though joint pain may last for months or even years. Still, it's a serious threat to local populations and economies, and we have no cure or vaccine for it -- only acetaminophen to control pain.

Most Caribbean and Latin American nations don't have much resilience built into their healthcare systems. Haiti and the Dominican Republic have already been struggling for years with cholera as well as dengue. Chikungunya has put an added burden on understaffed hospitals and their erratically paid healthcare workers.

The high cost of getting sick

It's also cost its victims whatever income they might have earned, plus medical expenses and income lost by family caregivers. A 2011 study of a chikungunya outbreak on R&eacuteunion, an island in the Indian Ocean, found that about one-third of the population -- 266,000 people -- caught the disease. The epidemic resulted in 112,400 days of absence from work for 12,800 persons, the cost of which was $25.4 million in Canadian dollars. Total direct and indirect medical costs were $64 million. This was the burden of chikungunya on R&eacuteunion's 840,000 people, who at least enjoy the excellent French healthcare system.

Even worse is the likely impact of chikungunya on tourism. Canadians are now almost 50 per cent of all foreign visitors to Cuba, for example, and Canadian tourists spend close to $1 billion a year there. The Cuban government doesn't say much about outbreaks that might scare tourists away (it's been almost silent about the recurring cholera outbreaks that Cuban doctors brought home from Haiti).

Even so, Cuba has now reported a handful of chikungunya cases, and has probably detected many more. If the disease spreads as widely in Cuba as it has in Haiti and the Dominican Republic, Canadian tourists may seek some other island in the sun, an island without the mosquitoes that carry chikungunya, dengue, yellow fever and malaria -- Aedes aegypti and Aedes albopictus (also known as the Asian tiger mosquito).

Thanks to global commerce and climate change, their ranges are expanding. The Asian tiger mosquito arrived in the U.S. in 1985, in a shipment of used tires; it is now established from Texas to Illinois and eastward to the Atlantic. Aedes aegypti ranges from Florida and Mexico to northern Argentina.

Endemic from Buenos Aires to Chicago

Within the next few years, we are likely to see chikungunya become endemic from Chicago to Buenos Aires, and flourishing especially in poor countries and communities with inadequate public health systems. It will add to the burden already imposed by dengue (one million cases in Brazil alone in 2010) and West Nile virus (which spread clear across North America between 1999 and 2004).

Chikungunya won't be the last world-travelling virus. So many new diseases are appearing that the U.S. Centers for Disease Control and Prevention publishes a monthly journal, Emerging Infectious Diseases. Every year or two, the vast poultry populations of China produce a new strain of bird flu. Middle East respiratory syndrome has baffled Saudi Arabia for over two years; Muslim pilgrims have already carried it home as far as Tunisia and Malaysia.

As the human population grows, the climate warms, and millions travel the world for business or pleasure, we will have to factor in some inevitable new costs for dealing with new diseases: commitment of medical research and resources, surveillance at airports and border crossings. Governments will stand or fall by their ability to deal with sudden health threats. Millions of lives will be ended or shortened or simply made miserable by new diseases like chikungunya. Most of the victims will be poor people in poor countries.

Charles Dickens knew when he wrote Bleak House in the 1850s that the diseases of the poor are no respecters of the rich. And today's diseases travel fast and far.