Some politicians would prefer to defang the watchdogs meant to keep them honest. And some watchdogs don't always behave well. So how have watchdogs fared under the BC Liberals? Chew on these seven cases. 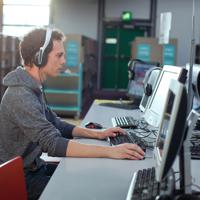 1. That darn watchdog barks too much.

A report this week by former civil servant Bob Plecas found a surprising person to blame for some of the problems at the Ministry of Children and Family Development. He zeroed in on the official who is charged with independently holding the ministry accountable, Mary Ellen Turpel-Lafond, the Representative for Children and Youth.

Plecas, who helped create the ministry 20 years ago, recommended Turpel-Lafond's job be phased-out and her office be absorbed by the ministry. She got immediate support from First Nations leaders for her tough, public criticism of the government's frequent child welfare failures.

In 2010, Information and Privacy Commissioner and Registrar of Lobbyists David Loukidelis was suddenly hired away in January to be Deputy Attorney-General, leaving the post temporarily vacant and the office powerless for almost a week. Conflict of Interest Commissioner Paul Fraser became the acting commissioner until summer, when Elizabeth Denham took over.

Loukidelis later left the government in June 2012 to return to Edmonton and resume his career as a practising lawyer. Loukidelis and deputy finance minister Graham Whitmarsh were involved in approving the controversial $6 million payment to lawyers for Dave Basi and Bob Virk in Oct. 2010 after the former BC Liberal ministerial aides pleaded guilty, thus abruptly halting the BC Rail corruption trial.

3. Too close for comfort

In 2011, the month after Christy Clark became premier, she appointed John Paul Fraser as assistant deputy minister of Government Communications. Fraser had worked with Clark's ex-husband, Mark Marissen, at Burrard Communications and was on her leadership campaign team. Fraser's father also happens to be Paul Fraser, the aforementioned, 2008-appointed conflict of interest commissioner whose tenure was renewed by an all-party committee before the 2013 election.

The elder Fraser has found no wrongdoing by Clark, when he was called upon to investigate. On one file, however, it was too close for comfort. Ex-Liberal John van Dongen insisted his BC Rail-related conflict of interest complaint against Clark be heard by someone else. So Fraser tapped Gerald Gerrand, his Northwest Territories counterpart, who found in Clark's favour before the 2013 election.

Vernon, B.C. Liberal backbench MLA Eric Foster's riding office renovations were subject to a spot review by the Office of the Auditor General in 2013. Foster also happened to chair a committee that subsequently recommended auditor general John Doyle not be offered a six-year renewal.

Bad publicity led the government to offer Doyle a two-year extension, but the Australian balked and eventually returned Down Under.

Doyle had gained a no-nonsense reputation after slamming the government for diverting funds from hospitals and schools to carbon offsets, finding misspending by the legislature, seeking the secret BC Rail trial indemnity agreement, and criticizing BC Hydro's accounting department for ''creating the illusion of profitability where there is none.''

Carol Bellringer, his permanent replacement in 2014, has yet to attain a similar media profile.

Kim Carter had three years left in her term as Ombudsperson when she quit earlier this year. Her replacement, Jay Chalke, came from the Ministry of Justice, where he led the Justice Services Branch. That prompted immediate questions about his ability to properly conduct a probe of the health firings scandal after the BC Liberals chose that route instead of a public inquiry. It required amendments to Chalke's enabling legislation, but the government could breathe easy. A public inquiry would have meant months of testimony in the daily news cycle.

Instead of expanding the role of the Office of the Auditor General, then under John Doyle, the government made Basia Ruta B.C.'s first Auditor General for Local Government in 2012. By March 2015, Ruta had completed only three audits and spent $5.2 million. Ruta was fired but she later sued and claimed the government interfered in her office.

7. Growlings about the Independent Investigations Office

Like Ruta, Richard Rosenthal was named the top official at the Independent Investigations Office in 2012. IIO was set-up in response to the Braidwood inquiry into the death of Polish immigrant Robert Dzekanski, as an alternative to police-policing-police. At least 17 investigators and five staff have quit and only seven charges have been approved. The Public Service Agency said last February it would investigate the IIO.

Most recently, IIO legal services director Clinton Sadelmyer was suspended for wearing a Guy Fawkes mask to a Hallowe'en party; the IIO is investigating the death of James McIntyre, who wore such a mask to protest a BC Hydro Site C meeting in Dawson Creek but was shot by an RCMP officer. The incident sparked an online protest by the Anonymous hacktivist collective.