B.C.'s ombudsperson, Kim Carter, has given failing grades to the BC Liberal-created crown corporation that was in charge of regulating private post-secondary education for a decade. 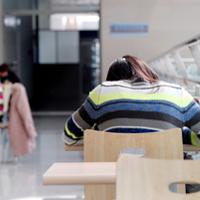 In a report released Monday, Carter called for a students' bill of rights after investigating a string of complaints about the Private Career Training Institutions Agency of B.C. The complaints date back to 2013. The government dissolved the agency last year.

The agency was established in 2004 for "student protection," according to its website. Its mandate was to set basic education and quality standards for institutions.

The report, titled "In the Public Interest: Protecting Students Through Effective Oversight of Private Career Training Institutions," found that the crown agency, whose board was appointed by the government, did not reflect the interest of all "stakeholders," including students.

Instead, most members hailed from private training institutions, which created a conflict of interest, the report said.

Last month, the province introduced legislation -- Bill 7 -- which dissolved the agency and folded it into the Advanced Education Ministry. The government announced the move in April 2014, after the agency's CEO and registrar, Karin Kirkpatrick, announced her resignation.

Carter's report noted that 48,000 students attend the more than 300 learning institutions across B.C., a third of which have fewer than 20 students.

Many of the students are women and many come from low-income households, the report said. Almost 20 per cent are foreign students.

Tuition at some schools is steep. About 24 per cent of the programs charge more than $11,000. Some programs, like licensed practical care nursing, cost an average $29,000.

The report said a draft copy was provided in December to the Ministry of Advanced Education. Minister Andrew Wilkinson's formal written response to Carter was on Feb. 17 -- six days after the introduction of Bill 7. That legislation is close to being passed.

Carter pointed out that Wilkinson's response did not deal directly with any of the 36 recommendations in her report. However Carter noted that Wilkinson has said new regulations will be in place by the fall of 2015.

Carter's 180-page report was submitted March 4 to Speaker Linda Reid, but not released until Monday when Reid tabled it in the Legislature.

NDP critic Kathy Corrigan told The Tyee it would have been useful for MLAs to have had the report while debating the new law. "Government was playing politics here in not allowing the report to be released," Corrigan said.

"They wanted to get the Act completed before the report came out so that they could say thank you very much but we've addressed many of the issues," Corrigan said. "The problem is, they didn't address the issues. It's incomplete and shoddy."