On July 16, 2012, Lindsey Longe died alone in a squalid Vancouver room littered with the evidence of his battles with addiction, poor health and hoarding. He was 30. 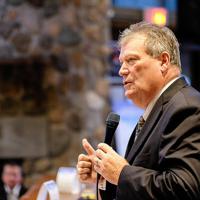 Days before, he had checked out of a hospital and returned to his tiny one-room apartment. It's unclear if anyone noticed that Longe failed to emerge from his room after that.

After he died, Longe's body lay amid the clutter for three more days before he was found.

If this happened in one of Vancouver's notorious single-room occupancy slum hotels, it might be just another sad but unsurprising story.

But Longe wasn't in a flophouse. He was living in Pacific Coast Apartments, a 96-unit government-funded complex on West Pender Street that promises staff support for residents to keep them safe, even "individualized support plans."

And his sad death wasn't an isolated case.

More than 25 per cent of the deaths in provincially funded supportive housing in Vancouver weren't reported for at least two days, according to a BC Coroners Service report obtained through a freedom of information request. The information covered the period from Jan. 1, 2010 to July 20, 2015.

Longe's mother, Christine Harris, doesn't believe that anyone checked on her son as he lay dying. For more than three years, she has been fighting to find out why he was forgotten -- for the final days of his illness and the three days his body lay in the room. She fears that he spent his last four days alive alone and in pain.

No one from Coast Mental Health, the non-profit that operates Pacific Coast Apartments, called her to tell her that Lindsey was dead, she said.

"I had to learn my son had died from a posting on Facebook by one of his friends, and I still haven't gotten answers about why he died alone after days of pain," she said. "I know his friend Rob, who posted about Lindsey's death, had been worried and asked staff to check on him the day before he died."

Harris said she was relieved when Lindsey moved into the apartments shortly after they opened in 2012 and was assured staff would check on him every day.

That's certainly the kind of support the politicians seemed to promise at the gala opening for the apartment. The federal and provincial governments paid for the project and the City of Vancouver contributed land.

Rich Coleman, the provincial minister responsible for housing, said residents would be "connected with supports and specialized services to help them stay safe and create better opportunities." It was the fourth of 14 similar supported living residences the province was creating, he said.

James Moore, then a Conservative MP, said the apartments would provide people with "a safe, supportive place to live, as well as the help they need to begin a new chapter in their lives."

With such supports, how did Longe's death go unnoticed for three days? He must have also suffered the days before he died -- where were the supports then?

According to the BC Coroners Service document, Longe's unheeded death was not an isolated incident. It reveals that in the last five years 82 deaths were reported in 30 supportive housing facilities funded by BC Housing in Vancouver.

(The number of deaths not reported within two days could be even higher. The document reports the maximum delay for a reported death at each of the 30 residences. In some cases, more than one death could plausibly have gone unreported for two days or more at the site in question. The Coroners Service did not reply to a Tyee request for clarification before publication.)

BC Housing helped fund supportive housing for 18,839 people in 2013. It says the program is designed to meet the needs of vulnerable people -- the homeless, frail seniors, people with disabilities, Aboriginal individuals and families, and women and children at risk of violence.

But if residents' deaths can go unreported for days, where are the supports? How are staff checking on residents' safety or well-being?

Harris has been unable to get answers to questions about her son's last days. She knows Longe checked himself out of St. Paul's Hospital, and that he died as a result of infective endocarditis, an inflammation of his heart tissues, and resulting staphylococcal sepsis, a massive infection.

But she can get no information about what happened to him when he returned to the apartment, what checks were made and how his death went unnoticed.

When Harris saw the Facebook post and learned her son was dead, she called Pacific Coast Apartments. "The staff member I spoke with refused to answer my questions, citing Lindsey's privacy," Harris told The Tyee. "Most of my questions remain unanswered now over three years later."

"It is unbearable to lose my child, but to try to get answers afterwards has been excruciating," Harris said. "Instead of being able to grieve Lindsey's death, I have been forced to spend countless hours trying to get answers."

The little information she has received has just raised more questions. Harris said she was shown (but not allowed to copy) a document that purported to record a staff member checking on Lindsey the day he died and reporting he was OK. Harris believes the claim must be false, but has had no success in getting answers.

Harris says she has pressed Coast Mental Health's Burnham and former board chair Dr. Peter Gibson for copies of policies and procedures for workers at Pacific Coast Apartments. They have told her polices have been improved since her son's death, Harris said, but haven't provided any evidence that would presumably detail those improvements.

Burnham didn't provide copies of current procedures and those in place in 2012 to The Tyee. Nor did he respond to an email asking for comment on allegations by Harris that staff were unco-operative and hostile after her son's death and that they cleared his room and sent most of his possessions to the landfill.

Burnham did say supervision of residents had been improved since Longe's death. "We've been trying to tighten it up. Supervision is much better now than it was in 2012."

"The biggest issue here," he said, "is that we are governed by the Residential Tenancy Act. We're not allowed to enter residences except in the case of an emergency."

But the act allows "entry necessary to protect life or property." Surely getting no response from a sick, vulnerable person living in a tiny apartment qualifies as an emergency.

Burnham said it's important to focus on supportive housing's successes. "It is easy to look at the deaths, but it is hard to know how many lives have been saved and seen dramatic improvements," he said. "We do know that with stabilized supportive housing, resident health improves."

BC Housing also refused to comment on its policies about how often residents in supportive housing should be checked.

A communications staffer, who asked not to be named, responded with an email statement that provided no real answers.

"BC Housing's non-profit partners that operate supportive housing facilities conduct regular room/wellness checks. The frequency of these room checks is determined by the non-profit operators. Building operators must balance safety concerns with requirements of the Residential Tenancy Act, specifically a person's right to privacy in their own home, which is something many tenants are concerned about."

Not much comfort to Harris, who is still wondering about the last days of Lindsey's life. And still waiting, after more than three years, to hear whether a coroners' inquest will be held into her son's death.

The evasions and non-answers should not be acceptable to taxpayers who fund these supportive housing facilities. Harris deserves a full response to her questions and an apology for the delays and insults she suffered after her tragic loss.

The province should commission an independent inquiry into why so many residents in its supportive housing have been allowed to die alone and rot in their rooms. Ugly language, I know, but we seem to be dealing with an ugly pattern of inadequate service by BC Housing and some contractors.

It is time to do a better job of housing fragile and vulnerable people in B.C.