It already seems so long since Stephen Harper lorded over our nation. But before memories fade of this awful ordeal there are some critical house-cleaning items to take care of. Perhaps the most pressing is the need to uncover whether the Canada Revenue Agency was improperly taking political direction from the Prime Minister's Office. 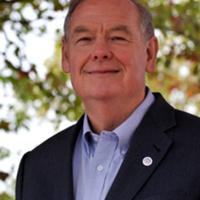 It's true that Prime Minister Trudeau has now directed the new minister of national revenue, Diane Lebouthillier to cease hounding environmental charities. Specifically, her mandate letter states the CRA should "allow charities to do their work on behalf of Canadians free from political harassment..."

That is all well and good but there is a far larger principle at play. It's not enough that charitable non-profits can hopefully no longer expect the executive branch to use the public service as a tool of political intimidation. This must never happen again.

The only way to fully clean this wound is through a Commission of Inquiry empowered to compel testimony under oath and order the production of documents. Senior CRA bureaucrats must be called to answer for themselves. Former PMO staffers should be ordered to appear, perhaps before they disappear to Kuwait.

To understand how egregious this potential abuse of process is (and how meek our response has been) we need to look south of the border. When the Obama administration was accused in 2011 of directing the Internal Revenue Service (IRS) to target charities associated with the Tea Party, the attorney general directed the FBI to conduct a special criminal investigation.

There were also two congressional committees looking into the allegations, an audit by the treasury inspector general and a public statement of outrage from the president. Three senior IRS officials were forced to resign.

While the FBI found no evidence of criminal wrongdoing, the American public remained enflamed. Opinion polls showed that three quarters of American voters and almost two thirds of Democrats wanted a special prosecutor appointed to further dig into the possibility that the IRS was being used for political purposes.

Democratic Senator Claire McCaskill summed up the wrath of her colleagues: "We should not only fire the head of the IRS, which has occurred, but we've got to go down the line and find every single person who had anything to do with this and make sure that they are removed from the IRS and the word goes out that this is unacceptable."

So where is our outrage? Arguably the evidence of executive branch interference in our revenue agency is much clearer on this side of the border. The Conservative government somehow found an extra $8 million in their 2012 belt-tightening budget specifically earmarked for CRA to investigate "concerns... raised that some charities may not be respecting the rules regarding political activities" and "the extent to which they may be funded by foreign sources."

The CRA has conducted extraordinary audits on scores of progressive charities since 2012, many dragging on for years. David Suzuki resigned from his own foundation to help insulate it from this apparent witch-hunt.

CRA spokespeople would occasionally maintain with a straight face that there was no direction from the PMO but did anyone believe them? Of course not, and that's the whole point. The unspoken message to civil society was chillingly clear: do not rely on due process -- self censor your troublesome messaging or else.

Other optics around this are even more outrageous. Apparently many of the complaints filed to CRA about specific groups were from Ethical Oil, a group founded by Alykhan Velshi -- coincidentally a longtime Conservative staffer who later landed the position of issues management in the PMO. Small world.

The number of public complaints to the CRA on charities also ballooned six-fold between 2011 and 2013. This was strangely coincident with the government gifting the CRA $13.1 million in additional funding dedicated specifically for charitable audits -- up from the original $8 million in 2012.

The list of targeted groups reads like a who's who of prominent left-leaning organizations including Environmental Defence, the Canadian Centre for Policy Alternatives, Tides Canada and the David Suzuki Foundation among many others.

Still CRA spokeswoman Jennifer McCabe blandly assured the nation, "The process for identifying which charities will be audited for any reason is handled by the Charities Directorate of the CRA alone in a fair and consistent way."

The official in charge of said charities directorate, Cathy Hawara further intoned that their work is "not subject to political direction." One would obviously hope not. But to suggest the agency has a credibility problem on this file is somewhat of a subterranean understatement.

Only a full public and legally mandated inquiry can help clear the air. If warranted, individuals inside or outside the public service must be held accountable to the fullest extent of the law. The CRA like all government departments has an obvious obligation to act impartially. Political staffers (or ministers for that matter) have no business directing the tax collection arm of government which side of the political spectrum requires special attention.

Incidentally, 10 right-leaning charities including the Fraser Institute seem completely unaffected by the CRA's recent enthusiasm for enforcement and oversight, even though all remarkably report zero per cent of their activities are political.

I'll leave the last word to our friends south of the border regarding their smouldering IRS scandal. Although the alleged target of tax abuses was their Tea Party opponents, Michael Macleod-Ball, of the American Civil Liberties Union warned: "Even the appearance of playing partisan politics with the tax code is about as constitutionally troubling as it gets... There must be clear checks in place to prevent this from ever happening again."