Data collection on foreign ownership of residential property is not the answer to the housing crisis playing out across Canada and, most acutely, in Vancouver. 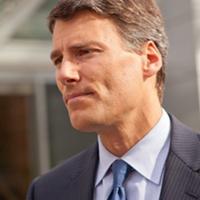 Vancouver Mayor: City Is 'At a Breaking Point'

Sure, such information might reveal an interesting detail of the housing market, but it is unlikely to be the major insight recent political discussions appear to assume. Indeed, this and an increase in the RRSP withdrawal limit for first-time home buyers are the solutions proposed by the party seeking re-election as our federal government -- showing how deficient current federal policy on housing insecurity and homelessness really is.

First is the question of whether we want Canadian residential property to be owned only by those resident in Canada. This makes foreign ownership in itself problematic, regardless of the uses to which the property in question is put by foreign owners and regardless of how that ownership influences property prices. Other jurisdictions, like Australia, have limits on foreign ownership reflecting, at least in part, nationalist sentiments that demand careful consideration. But, such sentiments stand independent of the housing affordability crisis.

Second, there is worry about residential property that sits empty, occupied by neither owner nor tenant. The apparent rise in such vacant properties may be a manifestation of Vancouver as "hedge city": a safe and profitable place to park investment funds. Residential property is valued not for its use value (as a home) but as an investment vehicle. As such, it becomes unimportant if the property is unoccupied -- indeed, it may be easier to leave the unit empty, increasing in value without the bother of tenants or upkeep.

Concerning? Yes, definitely. But the problem of empty, unoccupied condos, houses, or apartments is not a problem of owner nationality. We should be equally focused on empty condos owned by investors from Toronto or even from Vancouver itself. We can safely assume that at least some of the condos with dark windows in Coal Harbour have Canadian owners. The target for this concern is not foreign ownership but residential property owners -- of any nationality -- who leave that property empty.

The third concern wrapped up in this debate involves owners who purchase residential property then, quickly, "flip" the property at significantly increased price. Such residential property speculation again treats the property as simply a platform for quick profit. We are right to be troubled about this and its effect on, most probably, high-end properties. But this kind of market behaviour is not confined to foreign owners. Many Vancouver residents engage in property speculation with both their primary home and with secondary investment properties. Again, it is not a problem of foreign ownership. Maybe the data will show that the issues of empty residences and property flipping are disproportionately present when the property owners are foreign. But, I predict that data will show that these issues are not exclusive to foreign owners.

Give us a national housing strategy

Regardless of what the data on foreign ownership reveal, logical policy responses to the second and third concerns will target empty residences and property speculation directly, independent of nationality of the owners. Policies like a speculation tax or a vacant property tax -- employed in a number of other countries -- are worth considering.

Buying into the conversation about foreign ownership as it is currently cast risks reinforcing threads of racism that have, for too long, shaped civic culture in Vancouver. It is too easy -- and too risky in terms of building a tolerant, multi-cultural and racially diverse civic community -- to reduce the housing issue to one of foreign ownership. It foists the problem off onto the shoulders of "foreigners." It allows the federal government to continue a policy of neglect with respect to its responsibilities to ensure that all who live in Canada have access to adequate housing.

The federal election is upon us. Let's ask the right questions and focus on the clear issues.