"We believe that her accusation is propaganda to deflect the possibility that [liquor] price increases are due to the B.C. Government's poor planning, execution and overall lack of industry consultation..." -- Import Vintners and Spirits Association on B.C. attorney general Suzanne Anton. 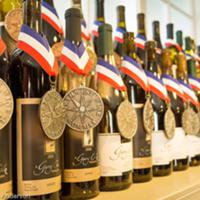 The list of those angry with the B.C. Liberal government over dramatic changes to the wine, beer and spirits industry grows longer daily.

And for good reason -- nearly every major player predicts liquor price increases for 5,300 products on April 1 and chaos as the government also runs a "lottery" to allow liquor stores to relocate into supermarkets so they can stock booze next month.

One Licensee Retail Store and pub owner is furious that her prices will have to go up while her business may go down in flames; independent wine stores are frightened they'll be squeezed out of existence; and the organization representing most private liquor stores is unhappy with the government's timeline and lack of consultation.

But last week B.C. attorney general Suzanne Anton blamed everyone but her government for its problems, including accusing suppliers of inflating 5,300 prices.

"It looks as though some suppliers are hiding behind the government changes on April 1 to raise their own prices. That's not good enough," Anton said.

"We are committed to a level playing field," Anton added.

The industry and opposition vociferously disagreed.

"Everybody in the industry is reading about these changes in the newspapers and they're astounded," David Eby, the B.C. NDP Vancouver-Point Grey MLA and liquor critic said in a Friday interview with The Tyee. "This is a really important industry -- there are a lot of jobs here."

Suzanne Williams is one of many very upset people.

Williams, owner of Sistos Pub and LRS in Mission, worries the combination of price hikes and a looming "lottery" to allow relocation of private and government stores alike into supermarkets may kill her business.

"The pub prices will have to go up again -- that will hurt. For my LRS, some of the prices will go up and if we can't get into the lottery -- well, it may be the end," Williams told me on Friday.

Williams was stunned when the government released the complex details of how the lottery to win the chance to relocate existing private and public liquor stores inside grocery stores -- and gave applicants just four weeks to make a huge decision.

"There's no way we could do it -- I realized that," Williams says. "The whole point was that they didn't want any other stores in the lottery."

"I called and called for months to ask what the rules are -- how is this going to work?" Williams said. "I only found out the details when I printed off the applications forms on Feb. 26 -- the day before the lottery started."

"I would have had to have already got a scaled site plan, a grocery story declaration of intent to work with us, photographs of the site, etc. I couldn't do that in four weeks. And you're not advised if your application is incomplete," she said about the demands.

"You would have to have some advance knowledge of what the rules would be to do the planning before the announcement of the lottery," she concludes.

"The only people who will be able to take advantage of this LRS lottery are either very rich operators or those who were in the know in advance," he said.

The organization representing most LRS stores -- but not Williams' -- has a different view, saying the lottery itself is fair but not the timeline imposed by the government.

"The process -- we have no concerns. The timeline -- we have problems with," Jeff Guignard, executive director of the Alliance of Beverage Licensees of B.C. (ABLE BC), told The Tyee on Saturday.

"It's pretty inconceivable that you'd make a multimillion dollar decision in four weeks," Guignard said. "We expressed our concerns to the government -- they're not going to delay the timeline."

Guignard says ABLE BC, which represents about 1,000 members, asked the government to give LRS owners six to eight weeks to decide and apply.

And Guignard believes prices will go up.

"I am concerned that consumers are going to pay more for some products," though he notes that most won't be "dramatically higher" on April 1.

Still, Guignard says: "B.C. has some of the highest retail prices in Canada and North America." This column has previously documented that fact.

Eby says the government has already clearly indicated 5,300 products representing about 20 per cent of the alcohol listed in B.C. will go up based on its new wholesale pricing model -- where every liquor store private or government must pay that price to purchase its products, then mark it up for retail sales.

The B.C. government liquor stores won't announce their retail prices -- the benchmark for the private industry -- until March 20, to take effect April 1.

"Even before the retail markup comes in, 5,300 products are going up based on the wholesale price released by the government," Eby told me. "Ask any LRS store operator and they'll say the price has to go up because the margin is too small."

Williams agrees: "Most draft beer will go up based on the prices the government put out. A large number of prices are going to go up -- we won't have a choice either as an LRS or a pub."

Marquis Wine Cellars owner John Clerides rang the alarm bell early, saying back in Nov. 2014 that: "Our ability to employ people and create jobs is in serious jeopardy with this new markup. Are they purposefully trying to put us out of business? I don't know but it seems that way."

And Williams has an even scarier view of what will happen to prices from top to bottom after the initial jump.

"This is only the starting price -- they're probably going to raise the prices again in six months when this dies down," Williams said.

Higher prices for North America's already most expensive booze, no consultation with a major industry on dramatic changes, angering key players -- all part of the BC Liberals' liquor chaos cocktail.