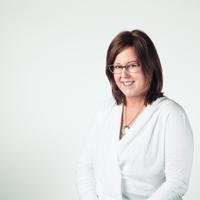 Patti Bacchus, Always Up For a Fight

If a major earthquake hits British Columbia in the next 10 years and kills children in schools that collapse because the provincial government didn't make seismic upgrades a priority, there will be hell to pay.

But for now, it's the BC Liberal government that doesn't want to pay.

Last week it again delayed the completion of $2.2 billion in necessary work required to ensure B.C. schools are safe, extending the previous deadline of 2020 to 2025 to upgrade schools outside of Vancouver.

And for the 69 Vancouver schools deemed to be at high risk of collapse in an earthquake and their thousands of students, the delay for urgently needed upgrades is an extra five years, until 2030.

Feeling lucky, kids? Because it will be 15 years -- more than an entire Kindergarten to Grade 12 school career -- before every dangerous Vancouver school is made safe.

Amazingly, Education Minister Peter Fassbender delivered this devastating news by blaming the Vancouver School Board for the delays and denying the B.C. government was responsible, even though they supply all the funding.

"The money has been there -- is there -- to do all of the projects in Vancouver. The funding has never been an issue. What has been an issue is the inability of the Vancouver School Board to bring forward good initiatives that are bathed in good science and good engineering," Fassbender told media Friday.

"Bathed in good science?" How about not drinking your own bathwater and getting things done?

Some news reports claimed "squabbling" between the province and the VSB was the problem, as opposed to the fact that the 2020 deadline set by the BC Liberal government in 2005 won't be met for five more years, and an extra 10 years in Vancouver.

VSB trustee Patti Bacchus said on Sunday that Fassbender's excuses simply don't hold up. "It's a lack of a sense of urgency by the government -- if we all work together, it can be done," she said.

Bacchus, a long-time VSB chair, has been fighting for seismic upgrades since 2002. She became a member of Families for School Seismic Safety long before being elected a trustee after seeing the horrifying results of a 2002 earthquake in Italy that killed 26 students when their school collapsed. At that time, her own children were in Vancouver schools.

She disagreed that the VSB's concerns with the B.C. government's approach are causing delays. "When did advocacy become 'squabbling'?" she asked.

Bacchus said the B.C. government "wants to spend as little as they can" and hasn't made seismic upgrading a priority while continuously "changing the rules to make it harder, not easier." She said the government approach has been to repair one school at a time, which delays quick progress.

Back in 2004, Dr. John Blatherwick, then chief medical health officer for the Vancouver Coastal Health Authority, urged the B.C. government to act quickly, but to no avail.

"These are very old schools, and at some point in time we have to bite the bullet, and what we're doing is like so many things. We're saying, 'Yes, we could do that, but right now we'll build Olympic skating ovals over doing the schools,'" Blatherwick said at the time.

Bacchus hopes that a new seismic upgrade project office set up by the VSB and B.C. government will help get projects underway more quickly. The board has been asking for the office since 2001, she said, and the province finally agreed to it in August 2014.

VSB Chair Christopher Richardson, a right-of-centre Non-Partisan Association trustee, is also not happy about the delays.

"I think we have to get on with it, because it would be tragic if anyone was hurt because we're not done," Richardson said after hearing the deadline was being pushed back up to 10 years in Vancouver.

Fassbender said that the VSB has demonstrated an "inability to bring forward project definitions that meet its requirements."

But Bacchus rejects that claim, saying that the B.C. government has shown a "penny wise, pound foolish" approach to funding in the province. The VSB has pointed out that in many cases building a new school makes more sense than seismically repairing an old school for almost as much money, she said.

"Should we be spending hundreds of millions of dollars for upgrading and then have to spend millions more to repair them if we have an earthquake? Is that really a wise decision?" Bacchus asked.

Why not replace schools?

The enormous costs of seismic upgrades still leaves old schools with the same aging classrooms, electrical and plumbing systems, and that doesn't make sense when in some cases a new school only costs a little more and will give taxpayers far more value for years ahead, Bacchus said.

The VSB's 2013-14 Capital Plan cites a consultants' report that shows of 48 outstanding seismic projects, the costs of earthquake-proofing only would be $618 million, seismic plus other upgrades would be $1,085 million, and replacing those same schools with new buildings would be $857 million -- with significant longterm advantages to having new schools.

Twenty seismic upgrades worth about $218 million have been completed to date, according to the Ministry of Education.

Fassbender has also said that the VSB is to blame for not agreeing to move students across Vancouver into other schools while their home schools are repaired, instead demanding that portable classrooms be used at B.C. government expense.

Bacchus disputes that. "It's really difficult to split school and families' students up," she said, adding that some VSB existing portables can and will be used.

"We've never said we won't do it, but in many cases it's not feasible," Bacchus said. "They want us to do the cheapest possible upgrade, no matter what."

Let's hope Premier Clark, whose own son attends a posh Vancouver private school, will not tolerate a 10-year delay in seismically upgrading the city's public schools.

While running for re-election in April 2013, she claimed it was a priority at an event at Lord Tennyson Elementary.

"Absolutely nothing is more important than keeping our kids safe. Today we're two-thirds of the way to meeting our commitment to seismically upgrading all high-risk schools in B.C.," Clark said at the time. "This investment means parents sending their kids to 45 more high-risk schools know they will be able to withstand a major earthquake."

But since then, well, things have changed for the worse.

It's easy to put off spending money to earthquake-proof schools now, but when the inevitable and predicted big shaker happens, parents will want to know why a $653-million new roof on BC Place and a host of other big expenses were a priority.

Should it be a surprise that B.C., with Canada's worst record on child poverty for most of the past decade, is equally negligent on protecting their students in schools from earthquakes?

Perhaps not. But it's a question worth asking.

Regardless, there's a special place in hell for politicians who don't protect our children. Let's not find out exactly where that is the hard way.