Patti Bacchus has always been, in her words, "feisty and outspoken." In Grade 7, she gave an oral report on children's liberation, "because I was really offended that we didn't get to make our own decisions." 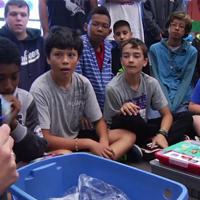 At the end of her speech, the teacher thanked Bacchus for the tongue-in-cheek argument. "She thought I was kidding. And I was 'No, I mean it,'" she said, laughing as she recalled the school memory during a recent interview at a Kitsilano caf&eacute.

Today, Bacchus, who is running for a third term as chairperson of the Vancouver School Board, still revels in challenging authority. She has frequently criticized the province, saying it spends too little on education, forcing school boards to cut teachers, programs and learning days.

Non-Partisan Association (NPA) mayoral candidate Kirk LaPointe has criticized the Vision Vancouver-dominated board for rejecting a $200,000 funding program from gas giant Chevron, claiming it was based on Bacchus' left-wing "ideology." The decision to turn down Chevron was actually made by district superintendent Steve Cardwell, but Bacchus has defended the decision as if she made it.

Parents and politicians have also criticized Bacchus' refusal to close underused schools, and for passing LGBTQ-friendly policies. Bacchus defended her public track record, saying she believes she has the public's trust.

"I like to think people know what they're getting with me, versus the opposition, and with the Vision team," she said. "I don't think we have any idea what the NPA school trustees are proposing other than to open the doors to Chevron."

Vision's education platform calls for renting more empty classrooms and city spaces to private childcare providers (more than 500 spaces have been rented already), and increasing money for breakfast and lunch programs. It's a similar platform to the NPA, but Bacchus said Vision has the proven track record.

However, some have criticized Bacchus' vocal criticism of provincial policy.

Former education minister George Abbott said he respects Bacchus right to share her displeasure with the provincial policies. But Abbott noted that other districts have balanced their respective budgets without criticizing the government.

"There's not necessarily one right way to [run a board]," he added, "and I think debate should always be welcomed provided [it's] respectful, constructive, and at least to some degree collaborative."

Bacchus, 53, the daughter of Bernice and Charles Balfour, grew up on Musqueam land near the University of British Columbia in the 1960s and '70s. Her father and grandfather built and ran Balfour Properties Ltd., a Vancouver property company that manages apartments, townhouses and duplexes.

The future trustee, who would go on to criticize the province for funding private schools, spent Grade 7 and 8 at Crofton House, a private all-girls school in Vancouver.

Her parents sent her because the public school she attended cancelled her gifted students program. "It was my first experience with cutbacks," Bacchus said, laughing.

But Bacchus disliked the all-girls school and finished high school at Point Grey Secondary. At first, she considered a career in law and majored in political science at the University of Victoria. But after graduation she turned to journalism, enrolling at Vancouver's Langara College. 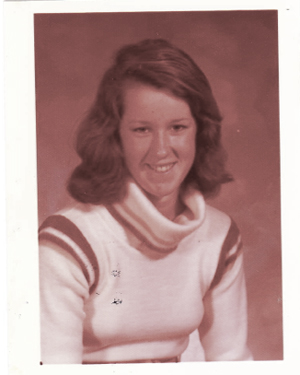 Her first and only reporting job was with now-defunct Richmond Times, where she covered school board. Feeling overworked and underappreciated, she quit after a year and a half. Bacchus later did communications work at the Richmond School District and British Columbia Automobile Association.

In 1994, she gave birth to Mary, her first child with husband Lee Bacchus, who already had a daughter Britta from a previous relationship. A little over a year later their son, Frank, arrived. At the same time, her father was diagnosed with dementia. Bacchus decided not to return to work full-time and shifted her focus to advocacy.

Bacchus says it was Christy Clark who fuelled her inspiration. Clark was education minister at the time, and her policies, which included cutting class size and composition limits and freezing education funding while billing districts for teacher raises, angered Bacchus, spurring her to join advocacy groups such as District Parent Advisory Council, Families for School Seismic Safety and Vancouver Save Our Schools.

Bacchus believed the NPA, which led the school board at the time, wasn't doing enough to fight the cuts.

"They were not supportive [of parents]. They were not doing any advocacy. They were just going along with this government agenda of essentially cutting programs," she said.

In 2008, Bacchus ran as a trustee for Vision Vancouver. She won -- receiving the most votes of any trustee -- and was voted chair by fellow trustees.

Yet the school board faced financial problems of its own. In order to balance the annual budget, they had to make cuts. In 2010, trustees proposed chopping $17.23 million. When parents objected, Bacchus told them to take their protest to the provincial government instead.

Since her first election, Bacchus has helped pass six budgets. Each included cuts to cover shortfalls due to government cost downloads. Each budget called on the province for more money.

Over the years, she has criticized the government's handling of two separate teachers' strikes, in the 2011/12 and 2013/14 school years. Yet her popularity increased in the 2011 election. Only mayor Gregor Robertson received more votes than Bacchus.

Earlier this year, she was the first trustee to endorse mandatory arbitration to settle the six-month teachers' strike that ended in September.

Bacchus' opposition to Liberal policies led to speculation she would run for New Democratic Party leadership earlier this year.

But she decided against it because she thought the NDP's 2013 education platform was weak.

Besides, she said school trustees have perks provincial politicians don't.

"I get to pretty much speak my mind at this level of government," she said, "and you can't do that at other levels."