Recently, I had my second ultrasound as an expectant mother. At a little over six months, I'm starting to feel my baby moving. During the ultrasound, I could see the chain of its vertebrae like beads on a necklace, and watch its arms and legs moving as it twisted and rolled in my womb. 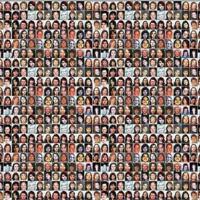 Families Compile Own Database of Missing and Murdered Women

I don't know the gender of this baby. I have no way of knowing what kind of little person it will be. But I know a lot about the world it'll be born into in just a few months' time. Both its parents have chosen, in their own ways, to spend their lives trying to effect social change and make the world a little more just. But peace is never promised, is it?

As an Indigenous woman, I am -- and have always been -- part of that wave of brown women who have safe spaces and vulnerability in a violent society at the forefront of their minds. Every time I read about another Indigenous woman who is murdered or missing, there's a pang of animal fear, and the question "What if it had been me? What if someday, it's my daughter?"

I live a life of incredible privilege. I have a lot of security in my world. Part of my work is helping others to create security -- to support their wellness, their safety and their choices in any way that they ask. I want every Indigenous woman to feel supported by community, to feel pride of heritage and to have the security of personal well-being.

But I know being safe isn't as simple as being strong. And I cannot forget all the women who are written off as an X or a question mark in the media. The names and stories we hear so briefly, with attached statistics and sometimes with litanies of violent actions upon Indigenous women's bodies. The women who have been killed. The women who have disappeared.

There are many amazing resources available, including growing databases, that help to centralize stories and information about these missing and murdered women and girls. I'm not trying to replace those resources, but as I think of all the stories in this world I want my unborn baby to know, there is also an even more basic desire that my child simply know how sacred stories are. So I wanted to make a space to collect them. A place to remember those women and girls, where I can see their faces, speak their names like words in a ritual, and let them know I remember them -- and I hold their stories sacred.

You can find that space here.

Three times a week -- every Monday, Wednesday and Friday -- a post appears. They are simple. A photograph, if I can find one. A name. A link to an article, a missing persons report, a plea from the community. For the missing, a token of my hope that they will be found. For the murdered, a token of remembrance. Their names and their stories have power, and always will; they are Indigenous women whose bodies were, and are, as sacred as the homelands they came from.

It's not enough. Nothing is enough until it stops. Until the violence ends, until there is justice. But it is one small thing I can do. 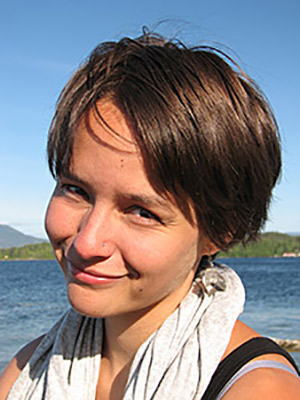 Jess Housty, who is Heiltsuk: 'I want my baby to know how sacred stories are.'

Please visit, share your prayers in the comments, link to other stories about those women, and say their names out loud. Whether they've gone on ahead to walk with our ancestors or they're out there in this world waiting to be found, I hope their spirits will come to us when they're named and that they know they are loved and remembered.