For as long as I've been aware of raw log exports I've been unwaveringly against them. The controversial practice of shipping logs overseas without processing them or adding any value has been in place for years. When logs are exported in raw form, they provide the lowest possible value for B.C. communities and starve the mills and the livelihoods that rely on timber. 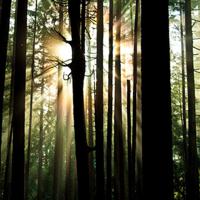 Over the last few weeks, I've looked into the most recent data and I've been heartbroken to see just how bad things have become.

Earlier this year, I penned an op-ed with one of my Wilderness Committee colleagues and with the president of the Pulp and Paper Workers of Canada -- a major union representing forest sector workers in British Columbia and beyond. We argued that the B.C. government should abandon short-sighted plans to develop a liquefied natural gas industry and focus instead on rebuilding the province's ailing forest industry.

For us, the biggest flag with LNG is climate change. It's 2015, and climate science tells us that building a new industry based on fossil fuels shouldn't be part of our economy. Plus, many say falling gas prices have put this proposed industry on shaky economic ground.

On the other hand, healthy forests -- a prerequisite for a healthy forest industry -- can absorb and store carbon while providing more jobs over the long-term than LNG.

Exporting raw logs eliminates forest sector jobs and diminishes the value of our forest products. The practice is in place to benefit the large corporations that dominate B.C.'s forest industry, and is facilitated by a provincial government that lacks the courage to address its failings.

We've got a long way to go to improve forestry in B.C. But by rebuilding the industry, we could address its most pressing problems: the lack of protection for old-growth, endangered species and drinking water sources; inadequate First Nations involvement and decision-making authority; and insufficient benefits for forest-based communities.

And of course, we could ban raw log exports.

As recently as the mid-1990s, raw log exports only made up a tiny sliver of the forest sector. By the early 2000s however, the provincial government was feverishly promoting the practice. As raw log shipments increased, so did the outrage from forest industry workers, unions, environmentalists, resource policy experts and many others.

Growing up in small-town Vancouver Island, I never met anyone who agreed with raw log exports. Even my most conservative, pro-extraction relatives froth with anger at the mere mention of this practice.

Unfortunately, it looks like there's more to be angry about than ever before. The 2014 data -- available through BC Stats but summarized neatly by blogger Norman Farrell -- indicates that raw log exports have reached record levels in recent years.

In 1997, for example, less than 200,000 cubic metres of B.C. timber was exported in raw form (one cubic metre roughly equals one city telephone pole). For the past three years, raw log shipments have exceeded 5.5 million cubic metres annually.

If lined up end to end, those trucks would stretch from Vancouver to Thunder Bay, Ontario. If inhabited by four people each, those homes would house more people than all of Vancouver.

Why the huge increase in raw log exports? Has the value of raw logs in foreign markets skyrocketed?

The data from BC Stats shows the exact opposite: raw log prices have fallen by almost 50 per cent in the last 15 years.

We don't have another decade to ignore the problems in our forest industry. We need to stop chasing the reckless LNG pipe dream and commit to rebuilding the sector that can help us mitigate climate change and provide economic stability in forest communities once more.