We have a dictator at 24 Sussex Drive. So was Trudeau. So was Chretien. In fact, though he had a smile on his face, so was Mulroney. We don't acquire dictators by a putsch but all nice and legal like under a system which makes them a natural consequence of an election. 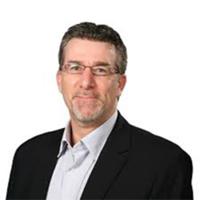 We can liberate ourselves from dictatorship by reforming our electoral system and adopting proportional representation (PR).

Unfortunately, when Canadians consider reforms they consistently make perfection the enemy of improvement. Clearly the majority strongly believe that we require reforms to our electoral system and our system of governance generally -- and now. You can tell because the boo birds have begun to smother proposals not with arguments on the merits but a lament that since the suggested changes won't fix everything, it's best to leave things alone.

Let's look at the mess.

Members of Parliament on the government benches are as useless as tits on a bull. They perform no function other than to vote the way they are told by the Party Whip.

Opposition members, while having more freedom to speak, only oppose that which their leader tells them to.

Cabinet ministers, parliamentary secretaries and all national positions of consequence are appointed or approved personally by the prime minister.

We elect MPs in such a way that only a minority of voters actually have any influence. Unless you vote for the winner, your vote is a waste of time and effort. Even voting for a winner doesn't mean much if your constituency is a "safe one."

Shouldn't every vote cast count? Or is it the Canadian way that only an elite, with orthodox opinions, have a say?

Unless we agree with the notion that the winner of a majority government needs less than 40 per cent of the popular vote, with only two parties barely distinguishable from one another as the only serious contenders, surely our "system" cries out for some sort of proportional representation.

(Essentially PR means that political parties list candidates and elect as many of those as their percentage of the popular vote indicates. In order to keep tiny parties out, there is usually a minimum threshold of votes required, say five per cent.)

This means that every vote cast has the same force. Think what this really means.

Let's take, for example, East Vancouver. If you're a Liberal or Tory, your vote, if you bother, is wasted. Similarly, if you're NDP and live in West Vancouver, you might as well, and likely do, stay home. Under PR, all votes count the same no matter where they are cast!

This has a dramatic impact on the results.

You can be almost certain that there will not be a majority party in the House. Because of our long tradition, this causes many to set their hair on fire. But what this means is that a minority government must govern with the consent of a majority of Parliament as a whole, not just government lickspittles who vote as they are told.

A minister of finance, for example, can't rely on his or her budget automatically passing but must have support of a majority of the House -- what on earth could be wrong with that?

The prime minster can no longer cram through his legislation but must convince a majority. Again what's the matter with that?

The boo birds say this means that governments will fall like tenpins because they'll constantly lose votes. In fact, that's not what happens. Governments either refrain from bringing in budgets and legislation that they know won't pass muster or make it palatable. It becomes the "peoples' budget or legislation," not the prime minister's.

Moreover, MPs don't like putting their jobs in jeopardy lightly. Experience elsewhere shows that minority governments can be quite stable. There is, however, the advantage of the safety valve called non-confidence. Under the present system a non-confidence motion in a majority government hasn't passed since 1878. Under PR it's little used but remains a constant reminder that Parliament, not the prime minister, is supreme.

PR restores to the individual member of Parliament the power and dignity which the position should bring. No longer is the MP just a mindless high-paid toady but one who must be reckoned with as must his/her constituency.

One of the main boos is that PR eliminates the constituency, thus taking away the close connection of the citizen to government.

A moment's reflection shows that this is nonsense. Currently a citizen only has connection to an MP who is powerless; under PR, all members of Parliament are worth lobbying.

Moreover, because every vote counts, parties by necessity will have strong representation facilities in every area of the country, not just where they're strong. With electronic communication, including Skype, remote areas are now better represented than ever before.

We pride ourselves on independent boundary commissions, yet there is a terrific imbalance between voters in one constituency and another, between urban and rural areas especially. Without constituencies, there's no more gerrymandering and votes are the same everywhere.

If one is bound to the notion of constituencies, there are systems like those in New Zealand and Germany with a mixed system, where half are first-past-the-post as we now have, and half by proportional representation.

Those who hate PR are those accustomed to running things either from the PM's office or as "back-room boys and girls." They'd rather spend 10 years without power in order to have a turn with 100 per cent. Sharing power for the people, not the party is anathema, and to hell with all votes being equal. They don't oppose PR because it's wrong, but because they prefer the results of an unfair system!

The fear is that the party list will consist of party hacks and faithful donors.

This isn't realistic. Under PR, MPs must be actual governors, true parliamentarians, not the PM's dummies.

While a bagman might find it attractive to be an MP under the present system, where he only need do what he's told in order to collect an obscene salary and pension, he's hardly going to like it much if he must actually do the work of governing. Unlike now, with PR where capable MPs are a necessity, it's clearly in the party's interest to select men and women capable of governing.

It's said that goofy opinions will become actual parties in the House. My answer is a question. Why shouldn't any group, with support of over five per cent of all voters, have a say in the House of Commons? As it is, even a force as strong and popular as the Greens has a hell of a time electing more than one or two MPs. Surely this is wrong. And who's to say what is or is not goofy? I say the voter.

Now is the time for deep reform

The question before Canadians isn't complicated.

If we are not we should change it and not allow the boo birds to make perfection the enemy of our reforms. We'll never come close to a perfect system but we can sure do a hell of a lot better! There will always be a desire for change and that's exactly as it ought to be.

In fact, the evil with our present system is two-fold. It isn't remotely representative of the people and it's become ossified and damn near impossible to change.

This means not tinkering, but fundamental reform. Yes, always recognize that the road to perfection is a long one; but recognize, too, that it's long past time we get started.