Canada and the world were shocked this week by the brazen shooting of a Canadian soldier at our National War Memorial and an armed assault on our seat of government. These tragic events cry out for immediate and drastic action to ensure this never happens again. And based on what we know so far, the most effective intervention would be to invest in support for those dealing with mental illness, addiction and poverty. 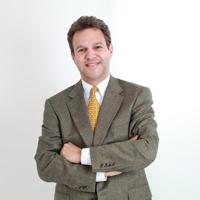 The gunman Michael Zehaf-Bibeau was not part of a well-resourced terrorist organization or Islamic sleeper cell. Immediately before the shooting, he was living in an Ottawa homeless shelter. He apparently had a long history of addiction and mental illness. In 2012 he asked a B.C. judge to send him to jail so that he could try and deal with his addiction to crack cocaine.

"I went to see the RCMP, I told them, 'Just put me in so I could do my time for what I confessed.' They couldn't. So, I warned them, 'If you can't keep me in, I'm going to do something right now just to be put in.' So I went to do another robbery just so I could come to jail," Zehaf-Bibeau said he told the court in 2011.

On Dec. 15, 2011, Zehaf-Bibeau walked into a Burnaby RCMP detachment and asked to be arrested for a robbery he claimed to have committed 10 years earlier. He was briefly detained under B.C.'s Mental Health Act but later released. Hours later he attempted to rob a local McDonalds restaurant with a sharpened stick -- an act so bizarre the fast food employee thought he was joking.

His case was swallowed by the yawning cracks in our broken mental health system. The court psychiatrist determined that "although he seems to be making an unusual choice, this is insufficient basis for a diagnosis of mental disorder." In order to be admitted to a treatment facility under the Act, Zehaf-Bibeau would legally require a condition that "seriously impairs the person's ability to react appropriately to the person's environment, or to associate with others."

Instead, the judge indulged him with a brief jail term over the Christmas holidays. "Perfect," said Zehaf-Bibeau on hearing of his incarceration. He likely found that Canada's prison system is woefully under-resourced to deal with addiction and mental health issues.

This year the Correctional Investigator for Canada, Howard Sapers, called prison conditions for the mentally ill "grossly inadequate." Increasingly these prisoners are being warehoused in solitary confinement due to lack of proper facilities or personnel.

Sapers told The Tyee last February that retention of qualified treatment staff is one of the most pressing concerns. "Many of the psychology positions are currently filled with individuals who do not have the qualifications to be licensed psychologists and this really has a very negative impact on the treatment that offenders with mental health issues have in federal penitentiaries."

In his most recent report to Parliament, Sapers found, "More offenders are presenting with complex mental health, substance abuse and addictions issues. For example, upon admission, 80 per cent of federally sentenced male offenders have a substance abuse problem and nearly two-thirds reported that they were under the influence of substances during the commission of their offence."

In spite of HIV and hepatitis C infection being rates 10 and 30 times higher in prisons than in the general population, Canada still does not have a needle exchange program within federal penitentiaries.

Outside of prisons, Canada is faring little better regarding a national commitment to deal with addiction and mental health. The Harper government fought the Insite Safe Injection facility all the way to the Supreme Court of Canada in spite of a decade of evidence showing how much it is needed in Canada's poorest neighbourhood.

Ten years after this facility opened, Dr. Julio Montaner of the BC Centre for Excellence in HIV/AIDS reported that "More than 30 peer-reviewed studies show that Insite saves lives and health care dollars, reduces disease transmission, and promotes entry into addiction treatment."

One in five Canadians is coping (or not) with a problem involving mental health or addiction -- a situation that is growing worse. Within a generation, 8.9 million Canadians will be living with a mental illness.

There is also a clear link between poverty and mental health. People in Canada's lowest income group are up to four times as likely to report poor mental health than wealthy Canadians. As many as two thirds of homeless people report also dealing with a mental illness. It remains a national disgrace that in virtually any Canadian city, the neglected and disgorged mentally ill of our society continue to sleep outside for lack of any better alternative.

Paying in lives and dollars

Mental illness also costs Canada billions. Recent research itemized the economic burden at more than $50 billion per year. In Ontario, the disease burden of mental illness and addiction is one and a half times greater than all cancers put together and seven times more than all infectious diseases.

Poverty affects three million Canadians and one in five children, one of the worst rankings in the OECD. More and more physicians are drawing a direct link between poverty and poor public health outcomes. Health care remains the biggest line item in any provincial budget and collectively costs Canada $211 billion each year. Perhaps the most effective long-term strategy in controlling those costs may involve making sure that Canadians are not getting sick simply because they are poor.

Whether we want to admit it or not, the externalized costs of ignoring addiction, mental health and poverty in Canada will be borne by someone. Increasingly the professionals on the front lines of this battle are not trained psychologists or social workers but police, prison guards and physicians. Last week the gifted young soldier Cpl. Nathan Cirillo tragically lost his life to someone who was mentally ill.

We need to learn what we can from the tragic events on Parliament Hill and not draw conclusions based on mere ideology. It seems doubtful that this senseless act of violence would have been prevented by devoting more powers and funding to the "war on terror" or increased public surveillance -- something the Harper government is clearly committed to doing, regardless of the facts we have learned so far about the shooter.

Rather than trying to turn our country into a fortress -- a staggeringly expensive strategy with virtually no real world evidence of preventing terrorism -- we should instead invest our efforts in making Canada a more humane, healthy (and safe) place to live. That would be a more noble and Canadian response to this ignoble and tragic act.