North American media blew up on Sept. 30 when the U.S. Centers for Disease Control announced that a patient in Texas had become the first person to be diagnosed with Ebola outside Africa. 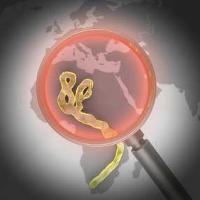 Next day, the Liberian government named the unlucky man: Thomas Eric Duncan, who had recently quit his job in Monrovia and flown to the U.S. to visit family members. Before leaving Liberia, however, he had helped carry his landlady's pregnant, convulsing daughter out of a car, thereby making himself a link in a chain of cases.

Duncan didn't know it, but he was bringing us a message: Poor countries like Liberia are a threat to rich countries like the U.S. and Canada, simply because they're poor.

The Duncan case made Ebola real to North Americans. The West African outbreak started in Guinea in December 2013, and wasn't recognized until March 22. According to the World Health Organization, in late September the disease had sickened at least 7,157 person and killed at least 3,330; the real counts are believed to be probably triple those numbers.

As health reporter André Picard observed, Ebola in Dallas is a soap opera, with the real drama in Africa. Yet the rest of the world didn't really pay attention until Duncan arrived.

We have come to regard Africa as a place where poor black people with AIDS suffer endless wars presided over by corrupt politicians and violent fanatics. West Africa's Ebola has made the news because it is now the biggest such outbreak since the virus was first identified in 1976. In the media, if it bleeds, it leads -- and Ebola victims bleed a lot.

The disease also exploits the natural human traits of its victims and their families. We like to touch and hug one another, especially when comforting the sick. Many African cultures show their love and respect for the dead by ritually washing and dressing the bodies. An Ebola victim isn't contagious while the virus is incubating, which takes two to 21 days. But once symptoms appear, so does the virus -- in any bodily fluid -- and at death the victim is extremely contagious.

In moving the patient, cleaning up the patient's mess, and even in preparing the patient's body for burial, other people expose themselves to the disease. In Sierra Leone, over 300 cases were directly traced to a traditional healer who caught Ebola while trying to cure it; her funeral was attended by hundreds who bathed and touched her corpse.

Liberia has suffered the highest burden so far -- about 3,700 cases and 1,998 deaths. Yet the real threat of Ebola is not the numbers it's sickening and killing. I'll get to that in a minute. In 2012, malaria killed 1,725 Liberians, up from just 345 in 2008. Almost 4,000 Liberian kids under five died of diarrheal diseases in 2011, and 5,500 died of influenza or pneumonia. Compared to those numbers, Ebola is an underachiever, even if it does kill 46.5 per cent of those it infects.

Ebola, however, exploits healthcare workers' need to touch and clean their patients from the moment of admission. In effect, basic healthcare without strong infection control actually amplifies the disease -- resulting, so far, in 377 healthcare workers contracting Ebola and 216 dying of it, for a case fatality rate of 57 per cent.

The impact on West African healthcare workers has been predictably demoralizing. In some hospitals, nurses have gone on strike rather than care for patients without protective equipment. Others have simply not shown up for work. And many patients have avoided hospitals, seeing them as places where you go to die, not to be cured.

The problem has bizarre complications: In some cases, Ebola treatment unit have been set up only to be attacked by the local people. In others, the number of cases has been so high that many obviously ill patients are turned away; some simply lie down in the street outside the hospital and wait to die.

This week, the Liberian government finally signed a deal with the country's healthcare workers, offering nurses US$350 monthly hazard pay while doctors get $850, plus a flat $5,000 death benefit payable to the family of any healthcare worker who dies of the disease. Whether this will actually bring them back to work remains to be seen.

Even if the deal does work, this is a region that had an average of only one doctor per 100,000 inhabitants even before Ebola. And here is where the real threat of Ebola appears.

From bad healthcare to none at all

Until last spring, the hospitals and clinics of Guinea, Sierra Leone, and Liberia could more or less deal with the endemic diseases: diarrhea, pneumonia, measles, HIV/AIDS. They were supported by NGOs like Medecins Sans Frontieres (MSF) and many missionary agencies. Traditional healers took some of the pressure off the healthcare system.

But when Ebola cases went to the healers, the healers died and so did their other patients. MSF had to close some clinics in the face of attacks by stone-throwing young rioters, while other clinics were swamped with cases.

People with routine illnesses and injuries now have nowhere to go. A minor case of diarrhea may turn into something fatal for a toddler. A woman with AIDS will have trouble obtaining her anti-retroviral drugs if the local clinic is jammed with Ebola cases.

In effect, the 21 million of the three worst-hit countries now have an inadequate Ebola-care system and no healthcare system at all. In a region with countless endemic diseases, those diseases now have nothing stopping them.

They are not the only ones. As a South African news report said on Oct. 1, a few countries like Ivory Coast, Kenya and South Africa have excellent hospitals. But in countries like Benin, Niger, and the war-battered Central African Republic, Ebola would a catastrophe.

Still worse, Ebola is damaging West African economies, especially agriculture. Food production is down sharply because farmers are either sick, dead, or afraid to work in traditional groups. One Sierra Leone farmer, who says he has lost three relatives to the disease, warns: "Hunger will kill us where Ebola failed."

Susceptible to all diseases

A malnourished population will of course be more susceptible to all kinds of diseases, not just Ebola, and less able to recover economically from the outbreak.

It would be consoling to shrug off the problem and go back to worrying about ISIS and Putin. But Africa is already dealing with fanatic organizations like Al-Shabab and Boko Haram. If the present Sub-Saharan governments fall, those groups will rush in to fill the vacuum -- and they won't worry about civilians getting sick.

Meanwhile, could Thomas Eric Duncan be a threat to North Americans? Actually, he may have done us a favour: Despite the CDC's first reassuring announcement, it's turned out that health authorities in Texas badly botched Duncan's case, sending him home with useless antibiotics after he first sought help. CDC head Dr. Tom Frieden said Duncan had had only a "handful" of contacts; the next day, the handful was around 100 people.

This is embarrassing, but helpful -- the CDC and Canadian health authorities as well will be far more careful about screening possible Ebola cases.

Statistically, Duncan is no threat at all. Dr. Judy Stone, a columnist with Scientific American, recently put it in perspective:

"In the U.S., you are far more likely to be killed by an irresponsible gun owner than Ebola. Just in the year after Newtown, there were more than 12,000 deaths from guns... Anti-vaxxers have killed more people in this country than Ebola ever will. Influenza kills 36,000 people every year and sends about 200,000 to the hospital."

She didn't mention infections acquired in hospitals. Here in Canada, the Canadian Union of Public Employees tells us antibiotic-resistant bugs like MRSA and C. Diff cause more than 220,000 healthcare associated infections and 8,500 to 12,000 yearly deaths, "and the rates are rising."

So our healthcare system is good, but it's not that good. Our best bet to fight Ebola and similar emerging diseases is to smother them where they live, not just put the stray arrivals like Duncan in isolation.

Poverty anywhere is a threat everywhere

Back in Africa, Ebola is teaching us something that smallpox tried to teach us in the days of Charles Dickens: Poverty is a hazard to your health, no matter how rich you think you are.

Put simply, we can't afford to let West Africa rot in poverty, looking for its next bowl of virus-enhanced spicy bat soup. We can't afford to let poor West Africans go to healers instead of distant hospitals. We can't simply bulldoze a space, throw up some tents, and ship in the doctors and nurses. We need to build West Africa's tribal nations into reasonably prosperous 21st-century countries, with drinkable water, sewer systems, schools, and hospitals that might even attract medical tourists.

This is not just some dreamy elaboration of the Marshall Plan that saved western Europe. This is stark, greedy self-interest. Poverty anywhere -- in Freetown or Vancouver's Downtown Eastside -- is a threat to prosperity everywhere. If we ever get that idea through our thick, well-groomed heads, we might even stay both prosperous and healthy through a very dangerous century.