Yesterday, Prime Minister Stephen Harper warned of a "terrorist caliphate" threatening Iraqi minorities with genocide, and said that a Canadian response to this threat would be "noble." 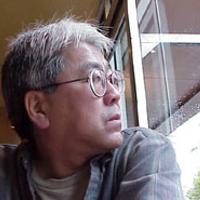 The nature of our noble response is still uncertain, but it seems clear that we're going into yet another round of wars justified by our adversaries being terrorists. It's all getting a bit tired.

Terrorism has been around since the 19th century, when it was mostly a domestic problem: Russians blowing up tsars, Serb nationalists shooting Austrian archdukes, and so on. It's never really gone away, but it wasn't until the 9/11 attacks that terrorism supposedly changed from a tactic to a full-blown way of life.

We have George W. Bush to thank for that reframing. Before then, terrorism had been a nuisance, a way for losers to get attention. Whether they were in the Front de lib&eacuteration du Qu&eacutebec or the Ku Klux Klan, they were by definition weaklings; they couldn't persuade others to join their cause, and they couldn't overpower their own governments. All they could do was blow stuff up or kill unarmed hostages, and wait for the government to hit back. Government overreaction, they hoped, would delegitimize its authority and drive more people into supporting the terrorists' cause.

Sometimes it worked. But it worked best when governments themselves adopted state terror as a tactic. In the aftermath of the First World War, both winners and losers resorted to it: Lenin's Red Terror was matched by White Terror campaigns in countries like Russia and Finland, by the anti-Bolshevik Palmer Raids in the U.S., and the police assaults on Canadian workers in the Winnipeg General Strike.

When the state adopts terror, it's an admission of weakness also: it lacks the legal authority or political power to deal with what it perceives as a threat, but it refuses to let the law stand in its way. If the threat (or the state) is frightening enough, the public either supports state terror or is itself terrorized into silence.

Late in the 20th century, state terror was a routine instrument of policy, both domestically and internationally. The Phoenix Program in South Vietnam was a CIA-sponsored assassination campaign against suspected Communist leaders on the village level. Chile's dictator Pinochet waged state terror against leftists and even blew up a Chilean exile in Washington, D.C. Ronald Reagan funded the Nicaraguan contras, who murdered schoolteachers, while the CIA laid mines in Nicaraguan harbours. South Africa's apartheid regime carried out state terror against African National Congress members both domestically and in other African countries.

Put simply, we all use terrorism when it's impossible or inconvenient to use armies and air strikes. The North Vietnamese used terror when they had to, but they finished off the South Vietnamese regime by sending tanks rolling into Saigon.

For that matter, terror is the basis of government itself. Every country claims a monopoly on violence, and punishes those who infringe on that monopoly. Every country taxes its people and enforces those taxes with the threat of imprisonment or fines. And every country, facing international anarchy, spends much of those taxes on armed forces. Why? To "deter" (literally to scare away) other countries.

Deterrence is a persuasive argument, and it has saved us from a nuclear war for almost 70 years. But we are now in a situation in which American military spending vastly exceeds everyone else's. No one is ever going to launch a successful land war against the United States, or even another Pearl Harbor.

If you don't like the Americans and their allies, that leaves you few options. Governments that annoy Washington can be toppled easily, as the U.S. demonstrated in Iran in 1952, Guatemala in 1954 and Chile in 1972. And the U.S. can do it out of petty cash.

That leaves "asymmetrical warfare," in which the weakling uses the giant's strength against him. Osama bin Laden, trained and funded by the Americans when he was a "freedom fighter" in Soviet-occupied Afghanistan, studied his mentors more carefully than they studied him.

One thing he must have learned early: after their experiences in two world wars plus Korea, modern nations now find high casualty rates politically impossible. Stalin could suffer 30 million Soviet casualties and still beat Hitler; the Soviets bailed out of Afghanistan after fewer than 15,000 deaths.

The 60,000 American deaths in Vietnam were trivial compared to the million-plus lost by the Vietnamese themselves, but they cost Lyndon Johnson his place in history and taught his successors that war could henceforth be fought only with minimal American deaths. Canada has been equally reluctant to spend its young men's lives as it did at Vimy Ridge and Passchendaele.

Provoking the Americans into war

To bin Laden, the Americans looked like bullies who could dish it out but couldn't take it. Give them a bloody nose and they'd go crazy trying to get revenge, delegitimizing themselves to Arab and Muslim nations.

He read them right, and he vindicated the old 19th-century terrorists who thought a well-placed bomb would stress their governments into revealing their true oppressive nature.

He did so in part because he accurately saw that the U.S. since Pearl Harbor has always needed an existential threat to rouse it from its self-absorption: The Yellow Peril! The Nazis! The Red Menace! Missiles in Cuba! The ayatollahs!

The fall of the Soviet Union in the late 1980s and early 1990s looked like freedom vindicated. George Kennan had been right: surround the Soviet Union, patiently suffocate it, and all would be well.

But what would happen to the military-industrial complex that Dwight Eisenhower had warned against as he left office in 1961? It had been built as a form of state terror against the Soviets, and it had scared them more than their state terror had scared us. Millions of American voters earned their livings from building the weapons that made the Soviets blink. What were they supposed to do now?

Osama bin Laden came to the rescue of the military-industrial complex. The attacks of 9/11 did nothing to hurt American military power, but in a morning they shocked the Americans into ditching their own constitution and civil rights.

Suddenly, terrorism was not a tactic but a creed, as if a civilization's purpose was simply to blow things up. Terrorists were now "evil-doers," and never mind the CIA's coup artists and assassins of schoolteachers.

And so it has gone for over a decade. Bin Laden is dead. So are his followers (and some wedding parties), blown up by drones over a decade of American state counter-terror.

Now we have a new threat, a group exploiting the instability we ourselves triggered with our wars in Afghanistan and Iraq. The Islamic State (usually called ISIS) appeared as suddenly in 2014 as Darth Vader did in 1977, and was equally sinister.

ISIS has sized us up pretty well also. They owe their success not to terrorism but to straightforward military conquest of territory and resources. Fighting with conventional weapons (many captured from the U.S.-trained Iraqis), they've shown themselves a serious armed force.

Yet ISIS is framed as "terrorist" because it's beheaded a few very unlucky westerners.

We ignore the beheadings conducted by our friends the Saudis (who comprised most of the 9/11 attack teams), and who routinely chop the heads off dope smugglers and "sorcerers" -- at least 41 so far this year.

But when ISIS decapitates one of our own, and does so publicly, we rise to the bait. Within days, we're bombing the new threat while anxiously avoiding putting our own troops in physical danger.

Harper understands that he can't throw Canadian soldiers into yet another pointless conflict -- not in the year before an election. But he's already sent some very skilled combat soldiers into "non-combat" roles, and the laws of mission creep ensure that pretty soon they'll be doing proper combat, noble or otherwise.

At that point it will be sheer treason to oppose sending more Canadian soldiers into Iraq War III: it would mean our first deaths had been in vain, so of course we will need to send more to equally vain deaths.

Terrorism as a nuisance

We would fight terrorism more effectively by treating it as a nuisance to be dealt with by our intelligence agencies and police, not an existential threat requiring armies.

If ISIS is not just a "terrorist caliphate" but a serious military force, we then have to consider what we can realistically do about it. After all, several countries including Canada sent expeditionary forces into Russia after the First World War to oust the Reds; a fat lot of good that did. Air strikes helped knock off Libya's Gadhafi, but they were useless against the Vietnamese.

We need a more sophisticated way to deal with this new threat. So ISIS is selling Iraqi and Syrian oil to fund its war? Find out who's buying that oil. Send in Joint Task Force 2 or comparable professionals who will frog-march the buyers out into the parking lot, shoot them and bill their families for the bullets.

If Saudis or Qataris turn out to be funding ISIS, have a quiet word with the House of Saud and the emir of Qatar, reminding them of how much oil the U.S. is now pumping, and how quickly the Soviet Union vanished.

Canada is geographically immune from Islamist terrorism. Even if some youngster from Calgary or Toronto returned from Iraq and planted a bomb in his home town, that would be a minor cost of doing business as a 21st-century country -- compared, say, to the deaths on the road to Fort McMurray, or the Highway of Tears, or Vancouver's drug wars. We tolerate the loss of those lives, like those beheaded by the Saudis, and forget them the next day.

If we want to stop being terrorized by terrorists (and our own governments), all we need to do is refuse to be terrorized.