[Editor's note: This is drawn from the new report Who's Picking up the Tab? just published by Columbia Institute.]

From public transit and recreation facilities, to drinking water treatment, sewage infrastructure, and policing and fire services, local government services are at the centre of our daily lives, our health and our economic prosperity. And in Canada, sewer, water, garbage and recycling infrastructure and services come from your local government for less than the price of a home cable, Internet and television package. 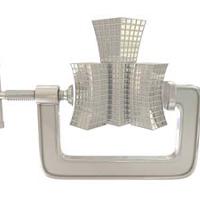 People who live in Maple Ridge, B.C., for example, pay much less for municipal fire services monthly than the typical monthly cost of a home security alarm service. Put another way, the municipality charges less to have a fire truck sent to your house than a private security company charges just to call the fire department or police when an alarm is triggered.

Local governments in Canada provide these services with a small share of Canada's tax revenue, and generally without being permitted to run budget deficits. In the context of urbanization, it is not surprising that local government expenses are increasing.

These concerns are supported by the B.C. government's Expert Panel on Business and Taxation. While their 2012 report found that "municipal costs have been growing faster than the combined rate of inflation and population increase," it also found that "in many cases, these costs are driven by decisions that are outside the direct control of a municipality and require some form of collaborative action with other governments."

A new study published by the Columbia Foundation, Who's Picking Up the Tab? (available as a downloadable PDF here), investigates the scale and scope of downloading onto local governments, using B.C. as a case study. Surveys of local leaders and senior staff, a fresh analysis of relevant statistical and financial data, and case studies of key policy areas give a clear picture of costs and responsibilities downloaded without adequate funding or revenue sources. This offloading is a major problem, with multi-billion dollar impacts on local governments since the 1990s.

Underinvestment in infrastructure and pressures associated with climate change are likely to worsen this problem of downloading, unless local governments are provided with more resources or revenue generating capacity by senior levels of government.

Given the impact of climate change that we are already seeing, there can be no doubt there are more expenses ahead.

According to the Intergovernmental Panel on Climate Change in their 5th Assessment Report, "Much of the effect on urban areas -- and the jobs within them -- will come from disruptions to infrastructure such as water supply, wastewater and sanitation, built environment, and health and social services."

We have only to cast our minds to the Alberta floods of 2013 to illustrate the point. Estimated costs to date are $6 billion across the province, including more than $500 million in damage costs for the City of Calgary.

So what exactly is downloading? In our report, we define downloading (or "offloading") broadly as "the range of ways that provincial and federal governments pass administrative costs, capital costs, service provision and other expenses and responsibilities to local levels of government without adequate funding or revenue streams."

There are a range of ways this happens, but some of the most common forms of senior government downloading include:

How large is the problem of downloading?

Between February and May 2014, we collected 133 completed survey responses from councillors, mayors, and regional district directors, representing more than half of B.C. municipalities. Respondents were asked if downloading was a problem for their local government, and if so whether they considered it a major or a minor one.

Respondents were asked to choose up to three policy areas as their biggest areas of concern.

The top five were: 1. Environment and related infrastructure; 2. Policing and related costs; 3. Health and social services; 4. Solid and liquid waste management; and 5. Roads and highways.

A large majority of respondents (70 per cent) said they had experienced downloading through the initiation of programs with only grants or short term funding supporting them from senior governments.

As one mayor commented, "[there's] always money to build something to provide short term 'feel good' projects, but never any money to maintain them once they're completed."

Local government public sector employment trends also suggest an additional burden is likely being picked up by municipalities. B.C.'s population grew from 3.9 million in 2001 to 4.4 million in 2011. Assuming that the size of the public sector is tied to the number of people served, this is what should have happened: provincial jobs would have grown from 43,000 to 48,000; and local government jobs would have increased from 47,000 to 56,000.

The reality is quite different. Instead, the B.C. provincial government shed thousands of employees between 2001 and 2011, while the number of local government employees increased by about 30 per cent.

This trend is consistent with local government leaders and senior staff assessments that local governments are increasingly pushed to "pick up the slack" from provincial cuts. As one Lower Mainland city councillor told us: "Costs can be directly downloaded, but are more often the result of the province vacating the field, leaving the city to pick up the slack, if it can."

In many cases, these are the same or similar jobs that used to be covered by provincial budgets, but are now paid out of already strained property taxes and other limited local government revenue sources.

Local governments can -- and do -- efficiently deliver services, and are happy to take on expanded roles when given the right resources. But downloading without access to new sources of funding is stretching local governments resources thin, especially in the context of climate change impacts. Without new resources, local governments will likely have trouble meeting existing operational and capital expenses, much less take on further downloading from senior governments.

In our survey responses and direct conversations, local government leaders and senior staff put forward a range of solutions and principals for how responsibilities and resources can be better shared between senior and local governments.

1. No transfers of responsibilities without funding or revenue streams

Local governments need revenue streams needs to accompany any services or capital costs passed along by senior governments. This can be in the form of direct transfers, or new revenue generating power at the local level, but existing local government revenue streams -- especiallyresidential property taxes -- are stretched close to their limits.

And while local delivery of services can in some cases be more efficient and cost effective than by senior governments, cost savings need to be real savings across all levels of government, rather than senior governments 'saving' money by dumping a 'hot potato' of unfunded program or capital costs on another level of government.

2. Stable sources of revenue, rather than intermittent and short term grants

Local governments need more stable sources of revenue, rather than the present tendency toward unpredictable and time consuming grant systems.

Local leaders say that an over-reliance on grants makes it difficult to plan and invest in long term needs, especially in infrastructure and other major capital expenses. Lack of regular, predictable investment is a major factor in Canada's $123 billion infrastructure deficit, much of which accumulated because of the end of a wave of infrastructure grants after the 1970s, and subsequent failure to support reinvestment in infrastructure in the 1980s and 1990s. The end result is a looming 'end of life' crisis in wastewater treatment facilities, recreation facilities and other key local government infrastructure.

Moreover, the grant application and reporting process can itself be a significant draw on staff time and resources. As one Kootenay councillor commented in a survey response, "…grants have become conditional on costly studies and are a huge bureaucratic burden on staff resources." A number of local leaders also expressed concern that grants tended to focus senior governments on projects and programs valuable for their immediate term electoral political expediency, rather than on less 'sexy' investments in longer term, basic infrastructure.

3. Cuts and major restructuring' of senior governments services need to be reviewed for implications on lower levels of government

Cuts and major changes in services delivered by senior levels of government can have major cost implications for lower levels of government. Our report examines the example of mental health service cuts and deinstitutionalization, and how these policy decisions have cascaded down as policing, bylaw enforcement, housing and social service costs for local governments.

We also looked at the federal and provincial withdrawals from social housing, and how this has 'passed the buck' to municipalities.

A formal review process that examines local government implications of service and funding cuts and restructuring at the federal and provincial level could help identify these sorts of problems in advance, and facilitate all levels of government coming to the table to ensure local governments are not left 'picking up the tab' for services the public need and demand.

4. Major review of funding models, revenue streams and shares for local government in the context of urbanization

The role of cities and the scale and scope of urban infrastructure and services is radically different today than in the 19th to mid-20th centuries, when the current framework of responsibilities and funding for different levels of government in Canada developed.

While the 2003 Community Charter updated legislation for B.C.'s municipalities, more work can be done to address funding challenges and power imbalances that hamper local governments. Local government representatives, the province and the federal government could come together in a formal review process to update the distribution of government powers and revenue streams in ways that better reflect the demands on local governments in the 21st century.

Such a review could also investigate the possibility of constitutional recognition of municipalities as a level of government, with defined rights, powers and responsibilities, as is the case in many countries in Europe and elsewhere around the world.

Underinvestment in infrastructure and pressures associated with climate change are likely to worsen this problem of downloading, unless local governments are provided with more resources or revenue generating capacity by senior levels of government.

Given the impact of climate change that we are already seeing, there can be no doubt there are more expenses ahead.

According to the Intergovernmental Panel on Climate Change in their 5th Assessment Report, "Much of the effect on urban areas -- and the jobs within them -- will come from disruptions to infrastructure such as water supply, wastewater and sanitation, built environment, and health and social services."

We have only to cast our minds to the Alberta floods of 2013 to illustrate the point. Estimated costs to date are $6 billion across the province, including more than $500 million in damage costs for the City of Calgary.