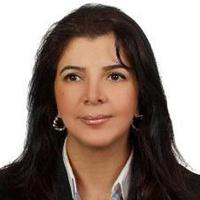 Two prominent BC Liberal insiders were charged with three Election Act violations last week for their alleged actions in the "ethnic outreach" scandal of 2013, and could face up to a $10,000 fine and/or a year in jail.

But the serious consequences threaten more than the accused: Brian Bonney, a former B.C. government communications director and party political operative, and Mark Robertson, a BC Liberal party field director.

The government and party themselves could be at risk. As B.C.'s Criminal Justice Branch stated on Sept. 8: "The investigation is continuing. The special prosecutor [lawyer David Butcher] does not expect to receive the final results of the continued investigation until early 2015."

The allegations are unproven and Bonney and Robertson make their first court appearance on Oct. 14.

The Feb. 2013 ethnic outreach scandal, also called "quick wins," was named after New Democrats leaked a "multicultural strategy" document outlining a BC Liberal government plan to get some fast victories with ethnic voters.

It cast a wide net over Premier Christy Clark's inner circle of political advisors on the government payroll, costing deputy chief of staff and longtime friend Kim Haakstad her position, along with the jobs of Bonney and Mike Lee -- an executive assistant to then-multiculturalism ministers John Yap and Harry Bloy.

Yap also resigned his post at the time, and is now parliamentary secretary to Justice Minister Suzanne Anton.

The BC Liberals paid back the province $70,000 after a report by Clark's deputy minister John Dyble found that Brian Bonney "did not create a clear distinction between his volunteer role with the BC Liberal Party and his role in government. Based on the evidence, it would appear to a reasonable person that he may have spent up to half of his time on partisan activities."

Clark said at the time: "This document isn't easy reading for any of us in government."

But reviewing it again with charges laid and the investigation continuing will make for an even more troubled read.

Prominent others found in Dyble's report include Pamela Martin, the former TV news anchor who worked in the premier's office and is now a BC Liberal Party staffer, and ex-BC Liberal MLA Lorne Mayencourt, the government caucus outreach director. Both attended a meeting to discuss the so-called ethnic outreach strategy on Dec. 11, 2011.

'Blurring of the lines'

Bonney and Robertson face one count of "making a political contribution" and another of making "an unauthorized election expense" for "directing Sepideh Sarrafpour to work on the campaign of Dennis Marsden," the losing Port Moody-Coquitlam Liberal candidate in a 2012 byelection, without reporting the expense to Marsden's financial agent.

Sarrafpour was hired on contract by the government caucus to undertake outreach in ethnic communities.

But as Dyble's report made clear, her legitimate government duties crossed well over into partisan activities for the BC Liberal Party. Dyble states there was "a blurring of the lines between caucus and government business."

An uncomfortable Sarrafpour objected and ultimately became a whistleblower in the scandal. Dyble's report, however, made no mention of the 2012 byelection or any staff roles in it.

A numbered company, 0750837 BC Limited, doing business as Mainland Communication, was also charged with the same offences.

Former New Democrat leader Adrian Dix alleged in the B.C. Legislature last year, where MLA comment is protected, that Sarrafpour may have been offered a bribe, based on an email that was part of 10,000 pages of information released by the government after the May 2013 election.

"Have [then-MLA] Harry Bloy meet with her and explain how doing anything would damage the Premier and the party. Have him say how he will try to find her work and get her back involved... If need be, offer x dollars per month to do non-public work up to election [developing her database of potential supporters]," an email allegedly signed by Brian Bonney read.

Asked Dix: "Why would the government offer a financial inducement to silence a staff person who could damage the premier and the Liberal Party?"

Clark and Multiculturalism Minister Teresa Wat both strenuously rejected the allegations and no charges have been laid.

Will the scandal end here?

Could other government or party staff face charges when the special prosecutor's investigation is completed, or will it end with Bonney and Robertson?

Could trials featuring political insiders as both the accused and witnesses actually take place before the 2017 provincial election? Only time will tell.

This story is another long and winding road -- and like the B.C. Legislature Raid case that ensnared premier Gordon Campbell for seven years before surprise guilty pleas from accused ministerial aides ended the trial -- Clark must pray this scandal doesn't have wings.