Canadian Natural Resources Ltd. (CNRL) has come as close as it likely ever will to admitting that the design of the Primrose Cyclic Steam Stimulation oilsands project has failed and that this failure led to the four bitumen and steam emulsion blowouts that were discovered several kilometres apart just over one year ago. 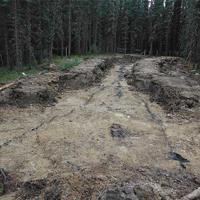 The company's Primrose Flow to Surface Causation Report was submitted this month to the Alberta Energy Regulator and is available on the CNRL website. It looks at the potential causes of the Primrose bitumen leaks that began last summer and continued leaking for months, eventually resulting in the release at surface of 7409 barrels of bitumen and requiring the drainage of a water body and the removal and disposal of 82,508 tonnes of contaminated soil and vegetation.

The incident occurred at an in situ oilsands site that uses a process called high-pressure cyclic steam stimulation (CSS) to extract bitumen from underground, deep beneath a layer of cap rock that is supposed to be strong enough to contain the pressure of the injected steam. In the report, CNRL acknowledges for the first time that the cap rock could have been breached, either through natural fractures or fractures that were induced by the injection of steam to the point where the bitumen-containing formation fractured under intense pressure.

This is a critical admission since the entire design of the project is based on the premise that the Clearwater capping shale does not contain natural fractures and will not fracture in response to the kinds of pressure created by CNRL's activities. This expectation is the basis upon which the project received its regulatory approval.

Implications for other projects

If, however, the Clearwater capping shales cannot withstand these pressures, then the entire CSS project concept needs to be re-evaluated. This discovery would also call into question the legitimacy of other permits that were granted by the AER (formerly the Energy Resources Conservation Board, or ERCB) for other projects using high pressure CSS.

Last year CNRL president Steven Laut personally assured investors that the four blowouts (and another blowout in 2009 at the same project site) were the result of a well integrity issue. He described it as a mechanical failure in one or more old and abandoned wells. This conclusion directly contradicted the official findings of the Alberta Energy Regulator (then the ERCB) into the cause of the 2009 incident, and the assertion was made before investigation work into the 2013 incidents had commenced. The AER has not yet announced the results of its investigation into the 2013 blowouts.

The findings in the CNRL submission report will not come as a surprise to the AER. The ERCB's investigation into the 2009 blowout linked the bitumen release to high steam pressure and weakness in the cap rock formation.

Last summer, the fate of the Primrose project was uncertain.

These report findings increase the likelihood that the part of the project for which the AER has restricted steaming operations will never be permitted to restart. It may lead to a broad review of the practice of cyclic steam stimulation and restrictions on the use of this process by CNRL and other operators.

What the report doesn't say

The report leaves many questions unanswered. It does not estimate the volume of bitumen and steam emulsion that escaped the bitumen formation and remain underground. It includes statements about the groundwater investigation that was done, but it does not include any detail about groundwater contamination findings. The report mentions mitigation measures that could avoid a repeat of the blowouts, but no details are provided.

With CNRL's admission that its operation may very well have breached the capping shales, the onus is now on the AER to complete its investigation and consider if a broad review of this new and much more intense form of CSS used by CNRL is merited. CSS had been used for many years before CNRL pioneered the more profitable high-pressure CSS technique, whereby pressure in the formation is raised to the point where the bitumen-containing rock formation actually fractures.

The AER should adopt a more precautionary approach given the repeated failures of this technique. The ERCB, predecessor to the AER, had conducted an investigation into the 2009 blowout and failed to implement measures to prevent a much bigger blowout in 2013.

When the rate of return on a project is linked to the amount of pressure applied to the oil and gas bearing formation, the province needs to adopt a strong regulatory position to prevent further blowouts and the associated damage to the environment and the resource itself.