Yesterday marked Education Minister Peter Fassbender's self-imposed deadline for reaching a negotiated settlement with B.C.'s public school teachers, signalling the next chapter of what may become a particularly protracted, divisive, and costly labour dispute. This will certainly test everyone's resolve and raise important questions about how much or little this government actually values the worth of public school teachers. 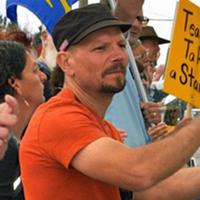 BC Teacher to Ministry: How Can I Possibly Formulate Grades?

The government continues to claim that teachers want a 14.5 per cent pay-plus-benefits increase. Last week it released a statement by Fassbender, who said that the B.C. Teachers' Federation "continues to demand wages and benefits that are more than double what other public sector workers have received." But teachers continue to point to what's actually on the table: an eight per cent salary increase over five years, a signing bonus, and a framework that includes additional funding for lowering class sizes and providing students with needed supports. The BCTF proposes an eight per cent increase over five years, and the government proposes a seven per cent increase over six years.

Beliefs about the value of certain kinds of work seem to be at the heart of this dispute. In this case, what's being devalued is the work of teachers -- a mostly women workforce that involves working with, caring for and educating young people. Could the BC Liberals' visceral response to BCTF proposals be more in reaction to what the government hears as "uppity" and "bossy" demands coming from undeserving teachers, than in response to the actual merit of what teachers are proposing?

Teaching, especially in the primary grades, is historically considered "women's work." According to a 2013 United Kingdom study by Nottingham Trent and Bedfordshire universities, gender stereotypes about teaching persist to this day, with many men avoiding the field for fear of being cast in negative gender stereotypes. The study also found that the nurturing side of education is devalued as too feminine and not masculine enough. This may help explain why, according to BCTF research, more than 70 per cent of teachers in B.C. are female. And it may explain the government's persistent hardline position against teacher demands in bargaining. Recall Premier Christy Clark's comments back in May, when she characterized teachers as greedy, saying that for teachers "it's all about money."

Casting teachers as greedy for wanting fair compensation and for standing up for their profession perpetuates the same kind of thinking about gender inequity that was raised by federal Justice Minister Peter MacKay's recent comments on motherhood and the lack of women who are in the position for nomination to the country's highest court. This way of thinking sees women as choosing the "soft" work of caring for children, instead of the "hard" work of law or business. It's similar to the notion that women are paid less for the same level of work because women are "bad negotiators" who don't know how to ask for a raise. Tell that to the BCTF.

According to the 2012 report "B.C. Disadvantage for Women" by the Canadian Centre for Policy Alternatives, BC Liberal support "for working women has declined substantially since the government began restructuring its labour programs and privatizing public sector jobs." According to the report, this included removing the bargaining rights of teachers who were "greatly restricted from bargaining on issues like wages and class size." The report also notes that women in B.C. experienced an average one per cent lower increase in wages, when compared to other increases for Canadian women across the country. Just as B.C. lags in per student funding, the gender pay gap in B.C. is shrinking at a slower pace than it is for women in the rest of Canada.

Gender equity should not pit workers against each other, since equity requires fairness for everyone. I was a labour organizer of low-wage temporary workers before becoming an early childhood educator, so I am loath to compare one group of higher wage workers to another group of lower wage workers. As a labour organizer, I know that the issue is not bringing some workers down, but bringing all workers up. So when firefighters and police officers receive higher increases than community social workers, teachers, and early childhood educators, the solution is not to bring down or devalue the important work of community safety workers. These workers are not the problem. The solution is to correctly value the qualifications, responsibilities, and benefits that all public sector workers provide, including teachers.

Public education is a great equalizer, and an economic engine that strengthens the economy for everyone. As part of our social infrastructure, public schools are as essential as roads, docks, train lines, and bridges in supporting economic strength and good jobs. Public school teachers are as essential to a strong economy as are workers in hard hats; there's no reason to pit these workers against each other since both are equally essential to the economy. But somehow the BC Liberals miss this point, treating teachers as part of the "soft economy" and truck drivers as part of the "hard economy."

Clark is an impressive politician and a strong leader for her party. She is an effective communicator who knows how to connect with voters at the gut level. Given her strengths, I am disappointed that Clark has not risen to the task of advancing a feminist agenda that would put women on equal ground. My disappointment does not stem from that fact that Clark is both a woman and a politician, as it is the job of politicians of all genders to advance gender equity. Nevertheless, Clark represents a missed opportunity for women in B.C., and for all men and women who support gender equity.

Instead of weakening public education, Clark could be marshalling her considerable political strengths to advance gender equity by strengthening the public education system and by respecting the valuable work of public school teachers. Likewise, Clark should be strengthening the whole economy by building social infrastructure through wise investments in public education, universal child care, and other community social service programs. The current round of bargaining is another lost opportunity. Instead of advancing gender equity, Clark is weakening women's power in the workplace and characterizing a mostly women workforce that asserts its right to be respected as being shrill and "all about money."