If you ever need a reminder how fragile and unpredictable globalization has made the world's food supply, just consider the humble lime. 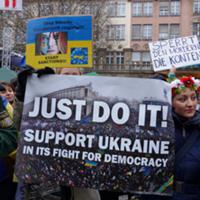 In recent months, a constellation of unpredictable events have conspired to increase the price of the tasty fruit from 23 cents to more than $1 in North America.

A 40-pound box that once sold for $16 now goes for $120. And most of the contents are juiceless and tasteless nubs.

Because of "The Great Lime Crisis of 2014," restaurants from New York to Los Angeles have stopped selling margaritas and making guacamole. Many bars now charge for a slice of lime.

David Karp, a citrus expert, recently asked a good question in the New York Times: Is the lime an endangered species?

Everyone agrees lime price volatility is here to stay, much like Rob Ford.

Most news stories blame it on a Mexican drug cartel known as the Knights Templar. The original Templars, a bloody bunch of Crusaders, ironically introduced the lime to southern Europe after their frenzied religious killings.

But Mexico's Knights, once led by Nazario Moreno (an evangelical Christian with a fondness for Khalil Gibran and severed heads), specialize in the methamphetamine trade.

When shortages transformed a truckload of limes into cargo worth $300,000 last year, the bullets started flying in rural Mexico.

Local growers got so fed up this year, they formed their own armed vigilante groups to battle the Templars in the state of Michoacán.

Meanwhile, hurricane-driven rains damaged much of the Mexican lime crop last fall -- and so the lime market has now gone bananas.

The United States' dependency on Mexican lime monocultures has made matters worse. India and Mexico now grow most of the world's limes and the United States, which no longer feeds itself, gets about 98 per cent of its limes from south of the border. This wasn't always the case.

China, the largest trader of goods on the planet, has been sending a variety of Asian bugs, bacteria, viruses and other invaders around the world the same way Europeans bombarded North America with smallpox, dandelions and cattle in the 17th century.

Since 2004, huanglongbing (HLB), also known as yellow dragon disease or citrus greening, has devastated Florida's $9-billion citrus industry. It has gobbled half the industry's value the same way porcine epidemic diarrhea virus, another invader from China, has eaten into corporate bacon profits.

Having dispatched most of Florida's limes, HLB is now working on oranges and grapefruit.

In 2012, Florida abandoned 135,000 acres of citrus groves due to the ravages of HLB. Eight years ago, the state produced 240 million boxes of fruit. Today, it harvests but 138 million.

The insidious bacterial disease, a sort of plant version of typhus, withers and distorts trees before killing them. To temporarily eradicate the disease takes Herculean efforts that involve the chainsawing of infected groves, the application of massive doses of pesticides and costly replanting.

It's a bit like ridding a hospital of deadly antibiotic infections: messy, costly and complicated.

Carried by an Asian jumping plant louse, the biological invader probably originated in Guangdong province in the 19th century. That's the same global factory that launched SARS and H5N1 onto trade and travel routes.

Mobility always has biological consequences. The bacteria hitched rides on the orange jasmine plant trade while the jumping louse took planes (the Asian citrus psyllid is strongly attracted to lights in commercial and military aircraft).

People carrying curry and orange leaves also make grand transporters of the citrus killer. Cyclones and hurricanes do a fine job of moving the louses about, too.

The United Nations sums up the voracious impact of HLB with uncharacteristic bluntness: "Reduced citrus production resulting in both lower incomes and less food available."

Meanwhile, the scientific literature reads like dark science fiction. In 2012, U.S. scientists wrote that "solutions to HLB are needed desperately and must be implemented soon to ensure the sustainability of commercial citrus."

The scientists also concluded that temperature and climate "are among the main contributing factors associated with pest dispersion."

The guacamole maker recently warned its distracted diners that, "Increasing weather volatility or other long-term changes in global weather patterns, including any changes associated with global climate change, could have a significant impact on the price or availability of some of our ingredients."

It concluded, "Climate change effects on agriculture will have consequences for food security, both in the U.S. and globally, through changes in crop yields and food prices and effects on food processing, storage, transportation, and retailing."

Given that the United States now imports 13 per cent of its grains, 20 per cent of its vegetables (much higher in winter months), almost 40 per cent of its fruit, 85 per cent of its fish and shellfish, and all tropical goods such as coffee, tea and bananas, "climate extremes in regions that supply these products to the U.S. can cause sharp reductions in production and increases in prices."

The same applies to Canada, where an oil-infused government appears systematically indifferent to climate change.

Nevertheless, the dying lime trees are sending us a message, and it's not a tweet.

This citrus communication, something profound, meaningful and earth-bound, says that the rational economic men in suits who promised us more prosperity and stability with globalization lied about a future they could never forecast.

As a result, our daily lives have become less secure, more volatile and increasingly unequal.

As a metaphor for the uncharted waters of globalization, the lime foretells a new chronicle in which we can all expect more surprises, shortages and economic gangsterism for dinner.

And what next after the lime?