We learn now that a Conservative MP has brought forward, with the blessing of the Prime Minister's Office, a bill that would require parliamentary watchdogs and all their employees to disclose previous political activities. 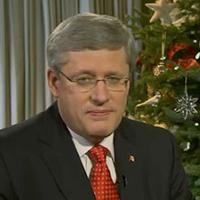 The period of disclosure would cover the decade previous to their appointments. The legislation would be retroactive -- meaning all current employees would effectively have to submit to political background checks.

Call it the Loyalty Act. According to the bill brought forward by MP Mark Adler of the York Centre riding, if the disclosures turn up suspicious past political activities, MPs or senators could then demand an investigation of the offender or offenders.

What might those suspicious activities be? Who knows? The employee might have done something terrible in the past... like holding a membership in a non-Conservative party riding association.

The bill has the look of something straight out of Stephen Harper's school of paranoia: guilt by association. It also may well violate the freedom of association clause in the Charter of Rights.

It's like the Conservatives want to purge the public service of people who don't think the way they do. Remember Allan Gregg's "assault on reason" speech, about the Harper government's Orwellian attack on free expression? Was he wrong?

The Conservatives will say we're all overreacting, of course. Are we?

Remember: This is the crew which faced a backbench revolt over MPs being gagged on the Commons' floor, which sent out party interns to disrupt a speech by an opposition party leader, drafted an enemies' list, muzzled Canadian scientists, tried to bring in a draconian union disclosure bill, and is demanding that employees at Library and Archives Canada and elsewhere sign highly-restrictive loyalty oaths.

This is the government which imposed gag orders, closure and time limits on committee work with near-record frequency; barred cabinet ministers on the hot seat from answering questions in the House; crushed Rights and Democracy and other groups which failed to follow its political line; suppressed reports; eliminated databases; cut down the census; used vast sums of taxpayers' money to propagandize its own work and demonize opponents; is under the microscope for alleged suppression of voters' rights; and ran a cover-up out of the PMO on the Senate expenses scam.

In defending this bill, Jason MacDonald -- director of communications for the PMO control-freak kingdom -- said it reflects the Conservatives' ongoing commitment to "principles of transparency and accountability." Jason may have forgotten -- let's face it, anybody can have a bad day -- all the items listed above.

When the prime minister fired Linda Keen, the head of the nuclear safety commission, it was not just over policy differences. He had her background checked and found out that in the distant past she had ties to the Liberals. He railed about it.

The prime minister has long suspected a political bias against him at Elections Canada. A side benefit of the private members' bill might be to arm him with evidence of political "bias" if and when that agency or some other watchdog weighs in against him.

It takes a pathologically suspicious mind to think public servants can't function in a professional manner because of political associations they may have had in the past. But that's the way they roll in Harperland.

Adler's bill, if passed, will only increase the level of polarization in this town. If, for example, you're a young person looking to a possible career in the public service, which is supposed to function in a politically neutral manner, you would be ill-advised to establish ties with any political party other than the Conservatives.

The bill does not specify what constitutes employees acting in a partisan manner. That would give the government wide latitude -- too much latitude -- in deciding who falls afoul of the law.

Past governments have been suspicious about the political tilt of senior civil servants and have made their views known. But none that I can recall has gone so far as to hold this kind of threat -- a legislated loyalty threat -- over their heads.

The Conservative party is supposed to stand for freedom: of speech, of the press, of association. There's a growing sense, based on growing evidence, that this government is making a mockery of all of these bedrock rights.