[Editor’s note: This week of December festivities, The Tyee is blowing the dust off some favourite holiday gems from the past 10 years. Today, an op-ed by columnist Shannon Rupp from 2003, our founding year. Happy holidays!]

While making my annual pilgrimage for slingshot ammo, I came across a little boy, nose pressed to a toy store window, fantasizing about the long list of gifts that would be his come Christmas. 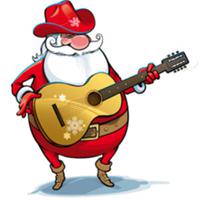 "It's Jesus' birthday, NOT YOURS!" snapped his mother, as she yanked him away from the store.

Together this madonna and child were the perfect image of contemporary Christmas, in all its dishonest glory. Her, the clueless victim of some dark-age monks with a flair for propaganda; him, the pawn of some marketing-savvy Victorians bent on finding more buyers for all those industrial revolution goodies.

Confessions of a Christmas sniper

I was thinking about how this holiday has always been tarted-up to hide a more sinister agenda, as I trained my now amply loaded weapon at the garish light display on my neighbour's balcony.

Between the fourth and sixth centuries, early Christians realized their faith wasn't achieving what sales folk refer to as "penetration." In short, pagans weren't converting, probably because those nature religions were one big party. Boinking in the fields, dancing naked around bonfires, feasting -- who's going to give that up for fasting and hair shirts?

So, with a communications plan that would have impressed Noam Chomsky, some wily monks started recruiting a flock by giving the big winter festivals Christian significance. They set about replacing those celebrations of the sun -- Winter Solstice, Saturnalia, and the Feast of Mithras (a sun god who was hot in the Roman world) -- with celebrations of the Son. Jesus' birthday, which had been of little concern for the first few hundred years, was suddenly determined to be Dec. 25 -- not coincidentally, the same day as Mithra's feast.

Somehow the priests managed to gloss over those biblical allusions to Jesus being born while shepherds were tending their flocks at night -- a pretty strong hint of a spring birth -- by exercising lots of sleight of hand with solstice imagery.

Lights, evergreens, and winter-blooming plants were all celebrated by heathens as a way of encouraging the capricious gods to bring light and life to the land, and those symbols lent themselves nicely to church spin-doctoring. Although some pagan beliefs seem to have slipped through uncorrupted. When we kiss under mistletoe, we're giving a nod to Celts who thought the winter berries granted a woman fertility.

But as good as they were at co-opting pagan festivals, church leaders couldn't quite sanitize the rowdy nature of winter parties -- mistletoe usually led to more than kissing. By all historical accounts medieval Christmases evolved into a marvel of drinking and carousing that included gambling, dancing, and entertainment by "mummers" -- actors who put on plays mocking religion. Serfs went "wassailing," singing at their master's door, demanding more drink to keep the party going.

It should come as no surprise that Protestantism, the no-fun religion, tried to put an end to all this merry-making. Scotland's Christmas celebrations were banned in 1583. By 1642, English Puritans seized control of the country and put a stop to Christmases sweetened with the impious partying that gave "liberty to carnal and sensual delights," according to a 1644 proclamation outlawing public festivities.

It might have all ended there, and I might not have needed a slingshot, if not for the industrial revolution. By the 1800s, manufacturers were searching for markets for all the geegaws their factories were producing, and someone hit on the idea of resurrecting Christmas as a gift-giving celebration.

Using medieval records as their inspiration, they reinterpreted the rules: instead of wealthy masters giving to impoverished serfs, powerful parents would give to helpless children.

It wasn't long before catalogues started popping up recommending Christmas "notions" for adults. Then the Americans, the world's uber-consumers, gave us Clement Moore's 1822 poem, 'Twas the Night Before Christmas, featuring the elf of over-consumption. Instead of the lean and religious St. Nicholas, the patron of thieves and children, the new world St. Nick was a heavy-drinking, hearty-eating smoker with a bag full of mass-produced goods.

But perhaps it's Charles Dickens who has the most to answer for, since his sentimental Christmas stories do the most to disguise the event's corrupt nature. I can't be the only one who wondered about this: If the ghosts who visited Scrooge in 1843 were really concerned with the well-being of Tiny Tim and his family, why didn't they approach Bob Cratchit and suggest he unionize the clerks instead of waiting, serf-like, for handouts from his master?

I also bear Dickens a grudge because he's responsible for earning anyone who questions all this hypocrisy the nickname Scrooge. Although my neighbour, who has taken to screaming at me from his balcony, seems to favour the epithet "Grinch!"

I don't know what his problem is. I warned him last year that if he insisted on putting up Christmas lights in October, I would be forced to take them down.