I have hope that my generation can change the world for the better, and much of that hope rests upon how well and how quickly we are enabled to share ideas and information. Though not all exposed equally, the young people in my milieu have grown up in the time of the internet. Mine is a generation of information. And I think many Canadians can agree, at least in retrospect, that using chants for joking and group-bonding sake that sound like a terrifying war cries against young female bodies is problematic. 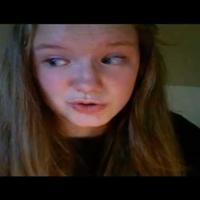 Indeed, the frosh week rape chants that surfaced first at Saint Mary's University in Halifax and then at the University of British Columbia have had serious consequences.

But how do two large groups of promising young people separated by the width of a continent end up hollering near-identical slogans about committing rape as if it were the hip new thing?

How to explain why bright, informed, technically savvy and often highly privileged young people seem to be content with toting archaic beliefs and behaviours regarding sex into the world they are helping create?

By the time I got out of high school, I was beginning to think critically of my own assumptions. I understood right and wrong on a number of ethically complex subjects. Yet my ability to think ethically, complexly, critically and abstractly about sex was simply not present. As a teen I wasn't just sexually inexperienced, I was embarrassingly undereducated on the topic of sex. My ability to voice dissent in the face of a totally disturbing practice such as the frosh chants would have been null. I would have joined in.

People my age and younger arrive at the time of our lives where we are expected by our peers to engage in sex, or at least talk like we do, and we're sexual idiots. I mean this in the most compassionate way possible. Young people -- whether they are brilliant, privileged, or inundated with information at all times -- are not exempt from having blind spots to the violence-accepting culture they are coming of age in, along with its harmful omissions.

While formal sex education taught me the mechanics of heterosexual sex and the dangers of gonorrhea and unplanned pregnancy, the messages I received about sex did not include (let alone stress the importance of) enthusiastic consent.

Penis-goes-in-vagina seemed like an immutable law to be accepted. Such was one's sexual fate. Speaking about sex before it happened? Or what if you don't want sex, or that kind of sex? What is a clitoris? Those were apparently discussion for another day. Perhaps the assumption was that sexual experience itself would clear all further issues up. Looking back on it now, this seems similar to assuming that once one becomes a worker, one will be instantly equipped with the critical thought required to address class struggle.

The few hours of my life spent learning about sex in a classroom environment did nothing to contradict the lifetime of vague and unhelpful cues my peers and I absorbed through the media, our families and each other.

One source of my informal training came from anxious adults who cautioned me that if a male seemed interested in me, he was only after one thing (but that somewhat contradictorily I should carry a weapon with me if I was to walk at night without the inherent safety of male company).

The message was that men and boys will "naturally" want sex so much that they will break laws and trust for it, and that it is female-bodied people's duty to make sure that they don't get it -- neither by force nor persuasion. Presumably, female bodies did not "naturally" have desires, lusts, or sexual preferences of their own to speak of, making rape seem like the only heterosexual sex that happened.

When female desire was not being made invisible, it was being hauled out for inspection and ridicule. The sexually desiring female body both on TV or in our ranks was made an example of, her true femininity called into question, her mental and emotional state pathologized, her existence exceptional and a source of shock and disgust. And yet no surprise and little sympathy was expressed when her sexuality was abused and held against her.

Damned if they do and damned if they don't, we were meant to believe that if female bodied people are closed sexually, then "breaking in" is a legitimate and necessary tactic, and if they are known to be open to some sexual acts with people of their choosing, then they must be asking for any and all of them indiscriminately. Never was there room to discuss a pleasant, healthy, mutual sexual encounter between a male and female and what that might look like, let alone how that might be achieved.

We were not taught about talking about sex with our partners with the objective of showing care for the other's sexual experience, especially before or checking-in during sex acts. Instead we're encouraged to believe that being eloquent and communicative is good -- even sexy- in just about all areas of life, except in sex where it "ruins the magic." And what would there be to talk about, anyways? Unless, of course, everyone had valid, unique and changing sexual preferences that no amount of body language or telepathy could communicate.

And change the language

The language used to describe sex embeds in it an attitude of materiality. It is a thing -- rather than an experience -- which can be taken, given up, stolen, lost, got, bought, cheapened, tarnished, won, or earned.

Entitlement is not new to the language of sex -- isn't it the brave male hero who always "gets" the girl as his reward? What about the idea that someone is "cheap" because they "give it up" too easily for an arbitrary standard? And what if rather than speaking of sex in terms of a material resource which enriches those who "get some" and conceptually then depletes the worthiness of those who have given it, we describe it as an experience shared equally between partners?

Perhaps entitlement (which is so often socialized in males) and slut shaming (commonly directed at girls) would make less sense with these subtle changes.

It's little wonder that so many sexual acts are simply "taken" rather than asked for. We get led down a road where at the end, sexual assault doesn't appear to be too ethically reprehensible a crime -- after all, it doesn't seem too far off from our own normalized sexual experiences and expectations, which in turn can be made into a kind of joke. Were there unavoidably visible alternatives to this coercive model -- ones which stressed enjoyment and consent -- I wonder if the bell-curve of my generation's attitudes would be a general rejection of all sexual assault as purely unacceptable. Until then, it's hard to pinpoint what's wrong when you've never seen right.

The good news is that some groups have recognized this dangerous lack in young people's ability to think and talk about sex and would like to make it better. At McGill, first-year students are required to attend a mandatory three-hour workshop in the second week of classes -- after frosh. For 10 years these workshops have tacked issues of gender norms, heteronormativity, rape culture and sexual assault. They introduce the ideas that receiving enthusiastic, continual consent is not only a legal requirement for sex to occur in Canada, but also normal and fun. This is often students' first glimpse at an alternative discourse to the ones they've grown up with. We need more of this, earlier in kids' lives and in large doses to combat the righteous attitudes which defend sexual violence as normal and "all in good fun."