The Age of Narcissism brings an amusing new twist as people who once collected Facebook friends by the hundreds are now hiring pretend-friends to beef up the crowds at funerals. 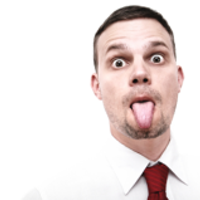 To Hell with Manners!

Ian Robertson, founder of Rent-a-Mourner -- I'm not making this up -- told London's Daily Telegraph that his Essex, England company charges 45 pounds (about $70) an hour per black-clad-guest. There's no requirement to blub, as the Brits say, but this is the telling bit: the faux friends are expected to bone up on the history of the corpse and be able to talk to real friends and relatives as if they had known the dearly departed.

It's the ideal tribute to the sort of people who, in life, bought Twitter followers, posted their photos on HotOrNot.com, or paid bloggers to declare them AWESOME!!!

Courtesy of the baby boom -- they were called the "Me Generation" in their day -- mourning-for-hire is a growth industry. But as is de rigour, Robertson is blaming it all on China.

"We were actually inspired by the market growth in China," Robertson told the Telegraph. "The Middle Eastern way is to provide wailers -- crying women -- as opposed to the quiet, dignified methods we use."

Yes, nothing says dignified like paying people to show-up at your funeral and pretend they knew you when.

Despite Robertson emphasizing how multicultural Britain has made actors who perform as funeral extras necessary, his scheme seems more a reflection of modern narcissism than traditional values.

Hiring keeners -- the Gaelic term -- to provide a vocal lament is an ancient tradition all over the world. The old Celts of Britain and Ireland turned it into a theatrical ritual with the keeners dancing while praising the deceased.

Professional mourners continued into the Victorian era and were part of the elaborate funeral customs that were meant to mark the final passage with as much aplomb as one could afford. Splashing out for moirologists was akin to buying the big silk-lined coffin with the silver filigree and having the cortege led by a coach-and-four instead of a lone nag pulling the pine coffin on a farm cart.

Charles Dickens' Oliver Twist does a stint as an undertaker's apprentice, and someone notes that the orphan's face has a melancholy look just perfect for a "mute" -- a kind of silent mourner who was the symbolic protector of the deceased's soul and often stood guard near the coffin. But at no point was young Oliver handed crib notes on the corpse so he could chat up the rellies at the reception.

This sort of play-acting is peculiar to the Age of Narcissism -- I'm certain social historians of the future will dub us this -- and is the direct result of the mob getting its hands on the tools of mass media. It's not fraud exactly, more like image building. But as an insult to reality the Facebook effect amounts to the same thing.

Their disease, your hell

Psychologists warn that people pretending they're celebrities with their own entourage isn't just mockworthy, it's hazardous. They're tracing an increase in depression and anxiety to the spiking scores on the Narcissistic Personality Inventory. The self-serving behaviour is also associated with everything from financial meltdowns to mass killings.

The explosion of social media platforms isn't causing narcissism, but it's giving the predisposed the opportunity to live delusional lives. Narcissism has been on the rise for decades, inspiring the diagnosis of narcissistic personality disorder in the 1960s. But it didn't get a spot in psychiatry's bible until 1980, in the DSM-III. Although rumour has it the much-anticipated DSM-5 may drop NPD, presumably because what was once considered a disease is now the norm (thank you, Facebook).

Here's where I miss the mass media gatekeepers. They admitted only the privileged few to public view, and generally conveyed their favours on the talented and accomplished, or at the very least, beautiful. At bare minimum, you needed to hire a competent publicist to attract attention. Setting the bar high kept the doofus count low. But courtesy of social media it has become a DIY world. Now they're all their own paparazzi invading their own privacy as they post endless selfies online. (Despite the many faces made for radio.)

We all know something is wrong. So the 2009 book The Narcissism Epidemic: Living in the Age of Entitlement caused quite a stir. Authors Jean Twenge and Keith Campbell explained that narcissism is more than liking the limelight, it's "a disease that causes others to suffer." We all know someone of the sort they describe: they brag about their achievements (while blaming others for their shortcomings); obsess about their appearance; constantly talk about themselves; value high-status material goods; often treat people as objects as they hunt for trophy partners or search for an entourage. In short, they're attention whores.

Being psychologists, the authors blame this on parents who raised the self-esteem generation, now turning 30. But I feel compelled to point out that those well-meaning people had plenty of encouragement from teachers, social workers and, yes, psychologists -- not to mention Oprah -- who all urged them to tell little Johnny Snookums he was the most special boy ever.

But it's also true that manipulating people through praise has been a socially celebrated technique for a century. Salesman Dale Carnegie, the failed actor who wrote How to Win Friends and Influence People, was teaching classes on flattery for fun and profit as early as 1912.

To see just what sort of an impact this has had on you, take the Narcissistic Personality Inventory test. The average score has jumped from about 11 to about 15 in the last three decades -- which is astounding, given the bizarre nature of the questions, such as, "I know that I am good because everyone keeps telling me so: true or false."

Of course I want to respond with a question. Are you suggesting that someone blowing smoke your way doesn't make you wonder what they're up to? And how is it you don't know that blarney says more about the person speaking it than the subject? Have you read Shakespeare? How about Jane Austen? Read a book, dammit!

It came as a surprise to none of my friends and colleagues that I scored a freakishly low four. That's because when the trendy subject of how journalists are supposed to self-promote and "brand" themselves arises I have a quip at the ready: "You know what else gets branded? A horse's ass."

I side with the psychologists who say garden-variety narcissism -- as opposed to the dangerous personality disorder -- is a learned behaviour and it can be unlearned. For this I advise the sort of rigorous teaching once found in the confines of small newspapers. I recall an editor who treated all flummery with suspicion and even greeted praise from readers with this advice: "If your mother says she loves your work, look to see what she's trying to sell you."

Much like spelling, these skills are being lost. Twenge recently analyzed the data from the American Freshman Survey, which has been done since 1966, and found a 30 per cent increase in narcissism scores since 1979. Naturally, the youngsters had boundless enthusiasm for their own abilities, all unjustified. For example, they considered themselves excellent writers while producing test scores significantly lower than the more modest cohorts of the 1960s. They harboured big hopes of wealth and fame, although they studied half as much as their predecessors.

"What's really become prevalent over the last two decades is the idea that being highly self-confident -- loving yourself, believing in yourself -- is the key to success," Twenge told the Daily Mail. "Now the interesting thing about that belief is it's widely held, it's very deeply held, and it's also untrue."

She says that with a touching sincerity, as if anyone cares about truth. Or even believes it exists.

If the prescription for evolving out of the Age of Narcissism is ensuring that children have a realistic view of the world and their place within it -- as so many psychologists say -- then it's a lost cause. Who exactly do they expect to be introducing such foreign concepts as truth when grammy is busy coaching the fake friends for grampy's funeral?