A report published last month points the way to a prosperous Canada in a thriving world economy, with Canadian schools educating millions of international students. 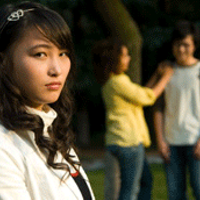 It's an attractive idea, especially these days for the British Columbia government, as The Tyee reported last week. But as that news story also noted, before leaping in, federal and provincial governments had better figure out the true costs of doing this kind of global business.

You'd think a 122-page report with the cumbersome title "International Education: A Key Driver of Canada's Future Prosperity" would fill in a lot of those numbers. You would be wrong.

Headed by Amit Chakma of Western University, the six authors include both senior academics and prominent corporate leaders. So it's surprising that people with experience in assessing costs and benefits would be so vague in estimating what we would get out of an uncertain investment in international education.

Let's consider the Chakma report's good ideas first. And it has a lot of them. The authors argue that international education is a huge benefit to Canadians as well as foreign students. It gives us a global perspective. Bright foreign students are likely to settle here, solving some labour-market issues and improving our productivity. Those who go home should be our overseas advocates, a network of old boys and old girls who will be pro-Canadian decision-makers. Meanwhile, we should be making it easy to send thousands of Canadian-born students overseas to learn Portuguese and Punjabi -- and how to do business in those languages.

The report, published in August, offers an ambitious goal: to more than double the number of foreign students in Canada from today's 239,000 to over 450,000 in 2022. That may sound ambitious, but it's only a fraction of the growing market. From 3.7 million students in international higher education in 2009, the report predicts 6.4 million in 2025.

All such countries recognize the enormous revenues coming from such students. What we teach them is an export at least as valuable as potash or lumber. The Chakma report notes that education services are our biggest export to China. But instead of sending education overseas in a container ship or tanker, students carry it in their heads -- after several years here when they're also buying local food, lodging, and recreation.

The Chakma report points out that in 2010 alone, we made about $8 billion from 218,000 full-time and short-term students. Those students generated over 86,000 jobs and $455 million in tax revenues. Doubling our enrollments would likely double the jobs and revenues.

To achieve such a target, the report recommends an effort led by Ottawa but coordinated with provincial governments. It would fund support for Canadian students overseas and scholarships for foreign students here. "Mature" markets like South Korea, the U.S. and the U.K. would keep getting support, but the real effort would go into countries like India, China, and Brazil -- plus Turkey, North Africa, Vietnam, and Mexico.

This means, in effect, ramping up what we already do by sending more representatives to overseas education fairs: school-district administrators, college and university faculty, and professional recruiters. We'd also set up a major national web portal for potential foreign students, like those our post-secondary schools now run for themselves.

The report proposes close coordination of various federal ministries such as Foreign Affairs and International Trade, Finance, and Citizenship and Immigration. In effect, we would be recruiting people of serious potential economic value to Canada in both the short and long terms. A foreign student pursuing a career in engineering or business would be more attractive than one hoping to understand Northrop Frye's views on Canadian literature or Glenn Gould's influence on Canadian radio documentary.

This attitude is understandable, but the report does not deal with the implications for the Canadian education system. And here is where the report's problems begin to emerge.

Despite half a century of efforts to subvert it, Canada's education system is not yet entirely a subsidized training program for business. It still tries to educate citizens, not workers -- citizen-proprietors of a functioning democracy. The Chakma report's implicit premise is that post-secondary education, at least, is to prepare students to be high-income taxpayers in whatever country they settle in.

This assumes a "no-surprise" economy. The schools are to train people for existing jobs as defined by the existing corporate structure, like produce wholesalers meeting demand for a certain number of avocados and tomatoes.

But I well recall being told how we'd have to meet the coming demand for keypunch operators, even as the arrogant young dropout Steve Jobs was about to change our lives and jobs without so much as a "please" or "thank you." Nor did politicians and CEOs get a heads-up from computer scientist Tim Berners-Lee before he created the web in 1990 and changed everything yet again.

Most of us stubbornly ignore the real lesson of education: You have no idea where your next idea is coming from, so you'd better encourage all the ideas you can. For all we know, tomorrow some young Northrop Frye scholar or Glenn Gould fan will throw us on our collective ass again.

Show us the money

Apart from its simple-minded philistinism, the Chakma report fails to give us any sense of what this increase in foreign-student recruitment would actually cost, or what return we could expect on this investment. It does bring up "infrastructure" issues, but those are trivial: training consular officials to talk to potential students, smoothing out visa applications.

The real infrastructure for a doubling of our foreign-student population will be right here, not in our Shanghai consulate or some Seoul education fair. We will need many more classrooms at UBC and Capilano U and scores of other schools across Canada. Those classrooms will have to be built, furnished, lighted, heated, and linked to the web.

What's more, we would need many more instructors, preferably trained in intercultural communication as well as their own subjects. They in turn would need office space, always a scarce commodity, and administrative support. The whole Canadian professoriate would need training in how to deal with students from Brazil or Vietnam, who would themselves be coping with culture shock.

This is not a minor matter, because culture shock runs both ways. For example, the received wisdom among many post-secondary teachers is that Asian students are given to plagiarism -- a cultural prejudice that complicates everyone's lives. Our instructors will have to understand foreign students much better than they now do, if they want to teach effectively.

The real infrastructure for a doubling of foreign students would also include a huge increase in student housing. This could include both more capital spending for student residences, and for home-stays, with foreign students living with Canadian families that are paid to put them up.

Similarly, the private post-secondary system will want a slice of the pie. Schools in the private system tend to admit underqualified students, and sometimes they simply go broke and leave their students stranded. More money will mean more opportunities for abuse.

That leads to another unanswered question: The provincial governments would have to find the money for post-secondary capital spending and salaries, not to mention regulating the private sector. And while B.C.'s K-12 schools are glad to get all the foreign pupils they can recruit, not all have the space and resources they would need to handle a major increase in numbers.

Finally, the report doesn't suggest effective means to compete with the Australians, New Zealanders, Brits and Americans. It does argue for easier access to jobs for foreign students (while rightly warning against those abusing the opportunity), and to giving graduates up to three years' residence in Canada for work purposes.

That's all well and good, but the competition offers the same, if not better. We might consider a more dramatic offer, like fast-tracking Canadian citizenship. And in any case, foreign graduates won't stay if we have no jobs to offer them (or their Canadian-born classmates).

So the report makes a persuasive case only to those already persuaded. It raises some of the issues involved in attracting more foreign students, but it fails to cost out the needed investment in physical and professional infrastructure. If we are serious about recruiting more foreign students, and sending more Canadians overseas to study, we need a real business plan. Until we get it, our overseas competitors will continue to beat us.