The heated disagreement between B.C.'s Premier Christy Clark and Alberta's Premier Alison Redford over Northern Gateway is surprising. They seemed like such good friends not too long ago. Although Clark would not say publicly where she stood on Northern Gateway, she and Redford wanted to help oil producers rapidly extract and export Alberta's oil sands heavy crude to Asia. 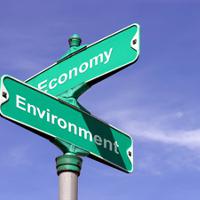 With an election less than a year away, growing opposition to the project, a loss of popularity in the polls and clear support for the opposition NDP's position that if elected they will stop Northern Gateway, Clark remained tight-lipped about the project.

But then, reality struck. The U.S. National Transportation Safety Board came out with its scathing report on Enbridge's complicity in turning the Kalamazoo River oil spill from what should have been a small leak to a catastrophic pollution event. The board found that Enbridge management behaved like Keystone Kops as they unsuccessfully identified and responded to the worst inland crude oil spill in U.S. history.

With clean-up taking more than two years and costs exceeding $800 million, the knowledge that this is the same company that wants to operate a 1,200 kilometre twin pipeline through the pristine Great Bear Region was too much for British Columbians to accept.

Finally Clark tabled a pipeline-for-a-price position paper. The technical paper tells us fiscal benefits from heavy oil pipelines must be in proportion to the risk incurred, but don't tell us what sharing would be appropriate. Relying on Enbridge's economic case to tell us there is $81 billion in government revenues over 30 years on the table, Clark laments that B.C.'s measly eight per cent is not enough. Assuming Enbridge's numbers make any sense, and doing the math, we've been informed $216 million a year is not enough.

Redford responded that sharing Alberta's royalties was a non-starter. And although Clark was talking about revenues and Redford about royalties, the fight was on.

There is a false narrative being advanced. Demands to share government revenues which include income, sales, property, corporate and other taxes -- from crude oil pipelines in order to compensate for their inevitable environmental cost means the best we can hope for is a zero sum game. That doesn't make any sense -- it's like saying you can punch me in the face as long as you pay for the dental work.

Clark's setting herself up as the hard negotiator when there's nothing to negotiate. British Columbians don't want heavy crude oil piped through the province or shipped in oil tankers. It's not a question of whether the economic benefit outweighs the environmental cost -- that's a false dichotomy. There is no economic benefit for B.C., and the study Clark points to, under scrutiny, comes out looking like nothing more than false promises.

Exporting western Canadian crude to northeast Asia, the report contends, will not only allow oil producers to charge more on oil destined for export, but these higher prices will be applied to every barrel produced and sold in Canada, every year for 30 years. None of the negative impact of higher prices on the Canadian economy are included in the development of the benefits case.

The purpose of Northern Gateway is to ship unprocessed oil sands bitumen, diluted with toxic, imported, condensate in order to move it through a pipeline. Exporting bitumen instead of upgrading it in Canada means exporting value-added potential, real economic growth and job opportunities. None of these Canadian economic costs are addressed in the benefits case.

The report also tells us that when Northern Gateway is operational, crude oil supplied to Ontario and the U.S. Midwest will be siphoned off to Asian markets. Canada imports almost half its crude oil needs from volatile and uncertain foreign markets -- many of the same markets China is trying to protect itself from by sourcing our crude. Northern Gateway means increasing Canada's dependency on higher priced foreign imports.

Enbridge is able to predict with apparent certainty the price of crude oil every year for 30 years when we know the oil sector has difficulty predicting the price of oil for 30 days. The consultants invoke a 30 year crude oil supply forecast based on the "best case" growth forecast scenario developed by the Canadian Association of Petroleum Producers.

The analysis also relies on the empirically false assumption that the Canadian dollar will fall to 85 cents U.S. by 2016 and remain fixed at that level for 30 years while forecasting oil prices will rise to $150 U.S. per barrel. This completely contradicts the factual correlation between oil prices and the value of our dollar during the past decade -- ours has become a petro-dollar. This erroneous exchange rate falsely inflates the benefits and exaggerates the capability of the oil industry to make good on the "best case" growth forecast used to predict supply.

And all this without any indication as to how sensitive the results are to changes in important variables such as price, supply and the exchange rate. No executive committee or board of directors would base their investment decision on such a biased outlook or distorted picture.

Walk out or sell out?

By Friday tensions climaxed when Clark walked out of the premiers' meeting in Halifax. She let it be known that until her position on Northern Gateway is addressed, she would not participate in any discussion of Canada's energy strategy.

But Northern Gateway is the poster boy for Canada's energy strategy. It's the lynchpin in an energy policy determined by multinational oil companies invested in the project's review process like Suncor, Total, Nexen, MEG Energy and Cenovus and National Oil Companies of foreign governments such as Sinopec, Chinese National Offshore Oil Company and PetroChina. Their mission? To build and own a pipeline and get unprocessed raw crude to Asia where it can be upgraded and refined into petroleum products to drive the Asian economy.

By exporting the value-added growth inherent in processing bitumen -- along with the jobs, environmental standards and energy security -- what's really at stake is Canada's right to design and implement a meaningful energy strategy that will support the long term economic and social goals of this country.

As long as the debate focuses on how much it will cost for B.C. to sell out to let Big Oil determine our economic and energy security destiny, the real issues behind the push for Northern Gateway and the federal government's complicity will not be addressed.