[Editor's note: This commentary by economist Robyn Allan first appeared on her blog. It is reprinted here with permission.]

Premier Alison Redford has decided that the benefits from Alberta's crude oil resources are so extensive, and the sharing of those benefits through free market forces so obviously clear, that other Canadian provinces, such as Ontario and Quebec, need to jump at the chance to support oil resource development. 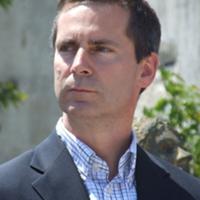 Ms. Redford repeatedly cites a Canadian Energy Research Institute (CERI) study's findings that the Ontario economy is the second largest beneficiary of Alberta's resource development. These benefits trickle into the Ontario economy through the demand her resource sector provides to Ontario companies. If Ontario will come to Alberta's aid and support continued rapid oil sands expansion, Ms. Redford maintains Ontario will get as many as 65,520 person years of employment and $63 billion in second-hand economic benefits. These gains, it suggested, will be realized between 2010 and 2035.

We will get to the CERI study and the reliability of their numbers in a minute. Pinning a national energy strategy on the findings of a report, such as this, is a pretty big deal. We should make sure the numbers make sense before charging ahead with Ms. Redford's belief that "we can grow a Canadian economy around energy that benefits Canadians across the country," when in fact, the benefits being recited are not really there.

The bigger issue is that (Ontario Premier Dalton) McGuinty has told Premier Redford that he is, quite rightly, concerned about the negative impact the rapid development of the oil sands has on the Ontario economy. Rapid petro-returns put upward pressure on the Canadian dollar. Given the dependency of Canadian export competitiveness to the value of our dollar, this will continue to depress manufacturing and other industrial activity and lead to even more job losses. Premier McGuinty doesn't believe that Ontario will benefit from the rapid development of Alberta's resources and would prefer the benefits of a lower dollar.

Study No. 122 states that "there is a negative and statistically significant relationship between the Canadian-U.S. exchange rate and the price of crude oil... 78 per cent of the variations in the exchange rate can be explained by changes in the price of crude oil." The report goes on to explain that because of our appreciating dollar, "Canadian goods and services become relatively more expensive to purchase with U.S. dollars, and Canadian exports to the U.S. decline correspondingly." The report states that between 2004 - 2009 exports to the U.S. declined by 23 per cent while the Canadian dollar appreciated 14 per cent.

CERI predicts that by 2030 the value of the Canadian dollar will be $1.23 U.S. and by 2044 it will take two U.S. dollars to buy one Canadian dollar -- yes, a 50 cent U.S. dollar. This is because CERI anticipates a significant rise in oil prices over the period, reaching $200 per barrel U.S., in real dollars, by 2044. When the price of oil goes up, so does the value of our petro-dollar.

The way CERI deals with this very undesirable outcome is fascinating -- it doesn't. It calls on the Bank of Canada to implement monetary policy and the Canadian government to implement fiscal policy to "prevent excessive appreciation of the Canadian dollar against the U.S. dollar." Assuming government policy-makers rush to the aid of the oil industry, CERI then adopts the assumption that exchange rate parity will be maintained throughout the projection period -- that is, the Canadian dollar will stay at a dollar U.S., and not rise for 35 years.

If this fixed exchange rate assumption is not maintained -- that is, if the Canadian dollar appreciates over the forecast period -- it looks like CERI's oil sands production forecast won't stand up. This would largely be because the benefit of higher oil prices to oil producers are effectively unrealized when the increasing value of our dollar erodes them. If the production forecast doesn't hold up -- neither do the projected benefits presented in Study No. 124.

Simply put, if real financial returns aren't realized in a meaningful way, why would the oil industry expand production by developing higher cost projects. When you read the annual reports of the major producers, exchange rate sensitivity and the appreciation of the Canadian dollar is often cited as a major concern regarding profitability, and hence their investment decisions.

Based on the production forecast from Study No. 122, CERI uses an Input Output (IO) model in its Study No. 124 to predict economic growth and person years of employment from oil sands expansion -- this is the study being used by Premier Redford to convince Premier McGuinty that the economic troubles Ontario is experiencing aren't real. This study is a serious misrepresentation of the real story.

As has been explained, oil production volumes used as input into the model rely on an unrealistic exchange rate assumption and depend on real oil prices doubling over the forecast period. So it's very likely the input numbers into the model are unusable.

However, even assuming the input is valid, the use of an IO model to try to represent the macroeconomic impact of resource expansion on the Canadian economy over a long period of time is unreasonable. The results essentially present only benefits to the oil industry, without acknowledging any costs -- to the oil industry as well as the rest of the economy and society.

The CERI report itself says that "these models are primarily used over a short-run time horizon, where relative prices and productivity are expected to remain relatively constant," but then uses the model anyway to predict what might happen between now and 2035. Employing a static model, such as an IO framework, to measure a dynamic macroeconomic process and think you have any idea of what the impact actually will be is delusional.

An IO model will treat the oil sector's expansion as if there is no negative impact on consumer demand, or non-oil producing businesses as they try to adjust to higher oil prices. It certainly cannot acknowledge the jobs lost when demand falls off, or how exports are impacted when the dollar strengthens and how that leads to slower economic growth. An IO model by design is incapable of any feedback mechanism, so it assumes all the relationships that existed in the year the tables were produced stay the same -- for example we will buy as much gasoline at $2.50 a litre as we did at $1.10 a litre, although our real incomes to purchase this higher priced gasoline, have not increased.

So it turns out that Mr. McGuinty's understanding of these complex issues is not so "simplistic" and his concerns regarding the exchange rate and the negative consequence of declining economic growth in every other area of the economy are shared by CERI -- and probably secretly by the oil industry itself.

His stance that suggests a national energy policy that follows the every whim of the oil industry might not be in the public interest is well-founded. But as a provincial leader, Canadian industrial policy, exchange rate management and inflation control should not solely be his concern -- he certainly doesn't have the policy tools or the mandate to deal with them.

Unfortunately leadership at the national level has been focused elsewhere. The Harper government has been determined to support the national energy strategy of China which is seeking to lock in energy security for Chinese citizens. As well, it has been blindly championing the needs and desires of national oil companies such as Sinopec, CNOOC and PetroChina, as well as multinational oil corporations, who would like to produce and export raw resources. When they do, it is at the expense of upgrading and refining in Canada, and results in a permanent loss of value-added and jobs, while simultaneously avoiding effective labour and environmental standards.

Without a meaningful national energy strategy that recognizes the economic, social and environmental costs of rapid resource extraction -- and effectively manages the windfall benefits for all Canadians while meeting our energy security needs in eastern Canada -- significant tensions across the country will continue to mount, and certainly be heightened at the interprovincial level.