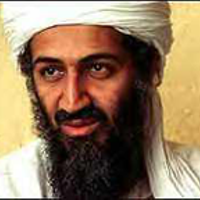 Best of the Muck

Call it A Tale of Two Attack Ads -- the story of two separate political parties both shooting themselves in the foot rather that their intended targets.

As a political strategist, I love negative advertising, even though voters say they hate it.

When done right, it can change the course of elections, demolish opponents and actually inform.

But when done wrong -- as two current examples amply demonstrate -- it is like giving yourself an exploding cigar and lighting it up in front of a huge crowd. Ka-pow!

The BC Liberals and Vancouver's Non-Partisan Association both have more black powder all over their faces than Wile E. Coyote failing to blow up that pesky Roadrunner in the cartoons.

The BC Liberals launched a pair of nasty radio ads and a website targeting BC Conservative Party leader John Cummins as an "unprincipled" politician that "you just can't trust."

The NPA have a radio ad attacking Vancouver Mayor Gregor Robertson and his Vision Vancouver councillors for supporting "backyard chickens" and "front-yard wheat fields" and lacking the NPA's "common sense."

Political commentators are nearly unanimous in saying both parties' ads are enormous mistakes.

Vancouver Island University political science professor Allan Warnke -- himself a former BC Liberal MLA -- told Victoria's CFAX radio host Sean Holman on Sunday that the Cummins' ads are "One of the dumbest things I've seen in a long time."

And former federal Liberal Party activist Bob Russell added, "I'm almost speechless at how stupid this is -- it's the worst act of political judgement I've seen."

When to go negative

But as important as pundits are, the real test is simple. Do they work?

The answer in both cases is no, because the attack ads fail a basic checklist about when to go negative.

Allen says negative campaigning could be -- but not necessarily is -- the "proper course' during political contests in the following situations:

There are other obvious circumstances, such as when the other side goes negative first and a response is needed, but this is a good summation.

Unclear on the concept

Unfortunately for BC Liberal Premier Christy Clark, her party's ads fail on all four counts. And the NPA ad doesn't do much better.

First, John Cummins is not an incumbent, not even close. Cummins recently became leader of the BC Conservatives after a long career as a federal Conservative member of Parliament but he has no seat in the B.C. legislature, let alone being the incumbent in government.

The incumbents would be the people running the attack ads.

Second, the B.C. Liberal Party is not being outspent in the least -- they have an enormous financial advantage over both Cummins and the New Democratic Party led by Adrian Dix.

In the 2009 provincial election, the BC Liberals ran a full slate of 85 candidates and spent $12 million. Last year they raised $9.5 million.

In that same election, before Cummins was leader, the BC Conservatives ran 24 candidates and spent $18,000. Last year they had donations of $61,000.

Strike two against using attack ads because your opponent is outspending you.

Third, what has Cummins done that is "irrefutable" and "wrong"? Well, he did something that 42 per cent of other British Columbians did in the 2009 election -- he voted for the NDP candidate! Sinful! Wicked! Unforgiveable!

Cummins is also -- shudder -- actually collecting his pension as a federal MP after serving in Parliament for 18 years.

More infamy! Who does he think he is, ex-BC Liberal Premier Gordon Campbell, now serving as the highly-paid High Commissioner to London?

And he opposed Clark's increase in the minimum wage! What is he, some kind of conservative?

Oh, but he's an "unprincipled" politician who says one thing and does another -- unlike say, Christy Clark's flip-flops on the fixed election date, the Harmonized Sales Tax, Senate seats for B.C., the gas tax and more.

Or the BC Liberals, who promised not to introduce the HST or sell B.C. Rail or rip up hospital workers' contracts and then did it post-election, for example.

While some voters may not like that Cummins voted for NDP MLA Guy Gentner in North Delta, others will say that shows a politician who isn't rigidly ideological and will vote for the best candidate regardless of party.

Or that the BC Liberals were so bad under Campbell that even a Conservative MP couldn't stomach voting for them.

Fourth, does Christy Clark lack "name recognition"? Err, no. A final strike against the attack ads.

In fact, it's Cummins who may be a stranger to many -- but he soon will be well known, thanks to BC Liberal ads.

No, the B.C. Liberals clearly see Cummins as a huge threat to their political existence.

But it's also true that B.C. voters on the centre-right weren't happy with the choices of an aging W.A.C. Bennett versus a populist Dave Barrett in 1972, a disintegrating Social Credit led by Rita Johnston in 1991 [ironically Johnston is now a BC Conservative advisor] or an underwhelming and slightly scary Gordon Campbell in 1996 versus an energetic Glen Clark.

Perhaps more problematic is that most British Columbians are finding out about Cummins and the BC Conservatives from the B.C. Liberal ads -- but they don't necessarily trust the source on what they hear.

That will backfire with many, who will remember the name and try to find out about Cummins, just not from the BC Liberals.

The Vancouver Non-Partisan Association ad can be put to the same four-point test.

First, it is true that they are taking on an incumbent, although NPA mayoralty challenger Suzanne Anton is also an incumbent long-time councillor. We'll charitably give a modest passing grade.

Second, is the NPA being "significantly outspent" in the upcoming November election? No. At this point, the NPA ads are the only ones being run.

Vision spent $1.9 million in the 2008 election while the NPA spent $1 million. Not quite the ratio of B.C. Liberal spending compared to BC Conservatives.

Third, what has Robertson done that is irrefutable and wrong? Egads -- he's promoting urban farming!

Imagine growing edible wheat instead of neatly manicured green grass on your lawn! Think of having chickens in a coop in your back yard! Just like you can in New York, Chicago, Seattle and other major centres. Cluck, cluck.

Unfortunately for Anton's attack dogs, their own former 2008 mayoralty candidate Peter Ladner agrees with Vision, not the NPA, on this one.

"Politicians and candidates be warned: Ridiculing urban farming is a no-win strategy," wrote Ladner in his Business In Vancouver newspaper column last week, just a day after the NPA negative ads hit radio airwaves. "Food security is marching up the priority list in cities around the world, and Vancouver should be leading, not resisting, this movement."

Ladner wouldn't say his column was a counterattack on the NPA negative ads -- he didn't need to.

The NPA fails the test badly when even your own side says what you claim is dead wrong is actually absolutely right.

Fourth, does Suzanne Anton lack "name recognition" as a reason to go negative? No.

As the only opposition councillor at city hall, Anton has received the lion's share of publicity compared to anyone but Robertson. She has been an NPA councillor since 2005 and a park board commissioner before that.

That means the NPA fails on at least three of the four criteria for attack ads.

But even though both the BC Liberals and NPA made a huge mistake in hiring Wile E. Coyote as their chief campaign strategist, blowing themselves up instead of the Roadrunner, don't expect the attack ads to end.

Because can you trust the BC Liberals and NPA to do the wrong thing? Oh, don't be so negative!