The challenge we Liberals face is not deciding who our next leader will be, but deciding what kind of party he or she will lead. 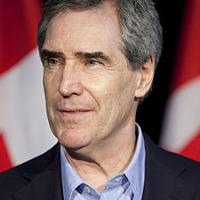 Ignatieff, the Best Prime Minister Canada Will Never Have

The last five years should have taught us what Canadians told us at the doorstep during this campaign -- that they didn't know what we stand for. If you ask what differentiates us from the Conservatives and the NDP, most people can say what we are not for -- we are not for jails, nor jets, nor large deficits or promises that can't be kept. What we do stand for is much more problematic.

We need to look at the political landscape of Canada before we can find our place in it.

The bar for success has been set so low, in the minds of many, that when politicians make it over that bar without tripping, we celebrate this as success.

We don't tolerate or encourage mediocrity in any other profession. When a house is burning, no one says to firefighters, "Put out half the fire, and save half the people inside." We don't say to our kids when we drop them at school, "Just don't mess up, please."

But in politics, we settle for incremental, uninspired management. We define success not by what great things we achieve, but rather by the mistakes we don't make. Gone are the days when we measured political leaders by how they were going to take Canada to the next level here at home, or by the incredible contribution they enabled us to make in international relations.

For example, the Conservatives explained away our loss of a Security Council seat as the reaction of a few countries that disagreed with us on an issue of bureaucratic process.

In reality, our loss of that vote was a recognition by the international community that we have repudiated our role as a global player -- present at times of conflict to bring peace, there to build capacity and give a hand up in times of suffering and hopelessness. Instead, we had adopted an inward-looking, uninspired management of foreign policy. We were no longer helping others, just ticking off a checklist of formalities.

Conservative indifference to the plight of First Nations in our country is a sign that their fear of the unknown is far more important than correcting past injustices and providing a brighter future.

We've gone five years without a federal-provincial meeting on health care. The Conservatives grudgingly continue a six per cent increase in funding for our beloved Medicare, because government is required to. They seem to have no desire to make the system better and more responsive to the needs of Canadians. The bare minimum is what our current political leadership is willing to use as their benchmark of success.

The environment is no longer part of our discourse on the economic, social or physical health of Canadians. Instead, the Conservatives have replaced real action with worries that a difficult economic time is no time for improvements to environmental policy. Instead of looking at the opportunity this might provide to Canadian innovators and entrepreneurs, we accept "not right now" as a serious answer.

Worst of all, Conservatives have shown that their politics are not about ideas, or hope, or vision. Now it's about how badly they can bloody their opponents, and how much scorn they can heap on any new ideas that others might raise. Ideas like a Charter of Rights and Freedoms, or a Constitution, or Medicare, or a race-free immigration policy once inspired the nation. Now the national aspiration is for a new era of tax cuts.

Rejecting new rules of the game

The hazard for us would be to accept the Conservatives' organized contempt for Canadians as the new rules of the game. Those rules have taught the population to see politics as less and less relevant to their hopes for Canada.

But they still have those hopes. Canadians have become tired of the negative. They are tired of attack ads, no matter how effective. They are tired of being force-fed criticisms of individuals. They want a debate about ideas, a vision for Canada that speaks to their souls -- they want to be inspired, to believe that we can be dramatically better than we are.

They expect those of us who seek public office to think not just about the next election, but the next generation. They want us to accept that no single party, no individual, has a monopoly on good ideas. They want us to do what is best for Canada, not to implement some narrow ideological roadmap to nowhere. And they want us to do it in a way that is respectful, modest, and hopeful about our future.

Here, I believe, is where our beloved Liberal party needs to begin searching for its soul.

Liberals have achieved great things, and left a series of indelible, audacious and inspiring marks on this country we call Canada. Liberals gave life to the wonderful idea of public health care, to a national flag, to the Constitution, to our Charter of Rights and Freedoms. We proved that a small country can give great hope to people around the world. The inspiration and influence we offer comes from our spirit and our belief in always seeking a better future.

We must remind ourselves that while Conservatives were voting against many of these achievements, Liberals dared to do the right thing. And we must see this history as our obligation to continue to do better for Canada. This rebuilding cannot come with a few pronouncements of policy here and there, or picking up whatever the political fad of the day may be.

We need to offer a real vision of the Canada that Canadians want:

A Canada that will lead internationally by grappling with difficulties and daring to expand its international presence.

A Canada willing to take a short-term hit to ensure long-term success in the fight against climate change and environmental degradation.

A Canada willing to take a long look at our finances and dare to spend money more carefully, with more focus on long-term results.

A Canada that sees dialogue with First Nations as talking about opportunity to solve problems we all face -- together.

A Canada that sees multiculturalism and diversity as a force for unity to build the country, not as an opportunity to divide it.

A Canada that knows health is more than just hospital care, and invests in prevention, long-term care, and leading-edge treatments that actually save the system money.

A Canada that fosters innovation, education, and a workforce that can lead globally in industries of the future.

A Canada that sees the value in real engagement with our fellow citizens, and learns from rich and poor, young and old, so that everyone feels a part of building a country they have helped to define.

A Canada ready to dream about the next great national project.

The Liberal Party owes it to Canada to be the force that enables this. We should start in our communities and engage our neighbours in discussions about the Canada they want. They know best -- and we should all be listening.

What we learn we will share, regionally and nationally. We will take those lessons seriously, because they will form the foundation for what the Liberal Party needs to become -- a populist movement for change.

Listening to our neighbours

If they are to support us, Canadians must see a Liberal Party that is done fighting itself. We will win that support in the grassroots, riding by riding. We can't waste time pining for a political saviour. What will save the party are good people bursting with good ideas, hopeful about the future, and willing to put everything on the line for Canada. Once we define who we are, we can choose a leader who accepts the vision we, the people, set -- and who will commit to making that vision real.

In the days after the election, amazing numbers of people have emerged who are hopeful for change. If we are ready to listen to them, the next four years may be the best thing that ever happened to the Liberal Party, and to the future of Canada.