Canadian voters were given a chance to choose as their prime minister one of the most important public intellectuals in politics today. Instead, they drove Michael Ignatieff from politics by handing his Liberal party its worst defeat in history. 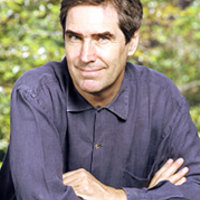 "I'm going back into a classroom because the only damn thing I can do that's any use to anybody is to teach kids what I learned and what mistakes I made," he said Thursday. University of Toronto's gain is Canada's loss.

I've been following Ignatieff's work for the last eight years, I've studied his books and I've come away convinced that he is deeply authentic and does something vital that almost no one else does. Ignatieff walks the line between being a scholar and thinker, and someone who's not afraid to take action and even be wrong.

In 2002, as Donald Rumsfeld and other influencers in U.S. politics began to manufacture consent from the American public in invading Iraq, I embarked on a research project that would take more than seven years and would result in a doctorate examining how public discourse can reveal something about trends in global order.

In the subsequent book based in part on my dissertation, I examined writing and speeches by 16 public intellectuals on issues such as when to intervene in internal affairs of nations, human needs and rights, sustainability, and other questions central to how world society is re-shaping itself. The title of the book is Fallen Walls and Fallen Towers: The Fate of the Nation in a Global World. You can read excerpts here.

Ignatieff was one of the most important thinkers whose work I read in trying to visualize a path of stability and justice for nation-states caught in the maelstrom of eroding boundaries, questions about whether ethnic identity should be part of nation politics, and the role of constitutionalism in international affairs. His thinking constitutes a bridge between political advocacy and scholarship. In my own writing, I considered his reconceptualization of sovereignty, nation-state boundedness, national unity and modernity in six of his books, four texts produced for the public sphere (including the one in which he reverses his opinion on whether the United States should have invaded Iraq in 2003), and a chapter on human rights and when states should intervene in other states experiencing humanitarian crises.

The courage to say 'I was wrong'

Ignatieff is one of the most important politico-intellectual leaders in the world today because of how he has conducted both theory and practice. He takes scholarship seriously and he takes action seriously. He has not hidden in an ivory tower, being co-opted like those who complain about the way of the world but barely set foot into it. He has put his hands to the sausage-making of politics, but he put thought into doing so.

In his public and remorseful reversal on the invasion of Iraq, he wrote, "In political life, false ideas can ruin the lives of millions and useless ones can waste precious resources. An intellectual's responsibility for his ideas is to follow their consequences wherever they may lead. A politician's responsibility is to master those consequences and prevent them from doing harm." (Ignatieff, Michael. 2007. "Getting Iraq wrong." New York Times Magazine, Aug. 5.)

In States Work: State Failure and the Crisis of Governance (2006), Ignatieff's essay, "Human rights, power and the state" had the deepest impact on my own book, because in it Ignatieff tries to understand the mistake of advocating more broadly for intervention, that is, of violating sovereignty in times of crisis. I believe that his essay begins a new chapter for an already formidable thinker -- on how to strike the balance between ideals and humane practice. Such a balance is not possible through absolutist statements. Every leader needs principles, but needs also to pay attention to what is happening to people at any given moment. Sometimes well-intentioned policies have unintended consequences, and politicians need to see this and respond. I believe that Ignatieff has done so, and would have continued to do so as prime minister.

Perhaps what I like most about Ignatieff is that he has had conversations with himself and with the world about social well-being for nearly 30 years. His book, The Needs of Strangers (1984) examines the tension of modernity versus social cohesion, including questions about where we belong in a dizzyingly mobile society.

As I have considered whether sovereignty is still a useful concept, how countries can fairly treat pluralistic societies, the extent to which the state should support human welfare, and other flashpoints fueled by globalization, Ignatieff has seemed to me to be the most consistently honest and soul-searching of scholar-leaders alive today. That he changed his mind about the U.S. invasion of Iraq shows that he is neither a resolution-through-surrender peacenik nor a hawk. He believes in action and is willing to re-chart his course if necessary.

Had he become prime minister, or even remained in Parliament as leader of the Opposition, Michael Ignatieff would have been good for Canada, and for the rest of the world. But Monday's vote tally convinced him he would not find sufficient recognition down that path. "The life that I like the best is teaching," he said the day after he resigned as leader of the Liberals. "It's the end of my life as a politician."