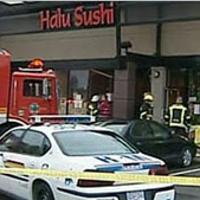 Say this often enough and it becomes official truth. That seems to be the strategy devised by the Harper government and its current think-tank squeeze, the Macdonald Laurier Institute.

In February 2011, the Ottawa-based institute released a study which purported to prove that Statistics Canada was cooking its books about the direction of crime statistics.

StatsCan has reported that the incidence of crime has been declining for several decades.

Not so, argues Scott Newark, a former Alberta Crown prosecutor, in a recent Macdonald Laurier Institute (MLI) report. He lays out what he claims are the many shortcomings in the data collection and reporting and the ensuing erroneous generalizations the media disseminate to the public. Newark concludes the state is not doing its duty to protect citizens from crime because the state is not receiving accurate information about the incidence of crime.

The study arrived at a convenient time for the Harper government, which may be going into a spring election in which its tough-on-crime agenda will certainly come under attack.

On Mar. 16, the Conservatives revealed that the 18 crime bills before Parliament would cost $631 million, on top of the cost of expanding prisons, which they had claimed earlier would be $2.1 billion over five years. The opposition parties all insisted the cost would be much higher.

But the usefulness of the MLI report for the Harper Tories could be limited. Many of Newark's claims were quickly shot down by leading criminologists. See here and here for some important critiques.

The study makes much of the notion of unreported crime. If there is such a thing, then Statistics Canada's information would be next to useless, since StatsCan data is collected from police reports.

This reality-redefining campaign was kicked off by Treasury Board President Stockwell Day in the autumn of 2010 and seconded by current Public Safety Minister Vic Toews, who said recently: "It's not that crime rates are falling. The reporting of crime is in fact falling." We need to build more prisons in part because of this rise in unreported crime, is the Tory assertion.

Day claimed that 88 per cent of sexual assaults go unreported to the police. But this number actually comes from a separate StatsCan survey, which asks the question: "During the past 12 months has anyone ever touched you against your will in any sexual way (unwanted touching, grabbing, kissing or fondling)?"

These are certainly examples of assaultive behaviour, says Vancouver Island University criminologist John Anderson, but hardly sex crimes. Most respondents who experienced this behaviour did not report it to the police, they told StatsCan interviewers, because "the incident was not important enough."

Nonetheless, these and similar activities are at the heart of Conservative arguments for more prisons.

The Macdonald Laurier Institute is headed by Brian Lee Crowley, who claims his think tank is "non-partisan," but perhaps coincidentally, only conservative ideas are disseminated. And even more coincidentally, these ideas are of great value to the Harper government.

The institute has proposed, for instance, that pensions don't need to be boosted, that terrorists in Canadian prisons need to be put in isolation so they can't radicalize entire prison populations, that user fees and private health care are eventually inevitable for medicare, and that Canada needs to deepen its economic integration with the U.S.

Is the Macdonald Laurier Institute providing intellectual cover for the Harper agenda? And how close is it to the Harper government? The official Government of Canada website carries the brand name "The True North Strong and Free;" Crowley's brand is "The True North in Canadian Public Policy."

Scott Newark actually worked briefly as a special advisor to Stockwell Day when Day was minister of Public Safety. Newark then went on to work as project manager overseeing a $300,000-plus contract from his former ministry.

Newark also did a stint as executive director of the Canadian Police Association, where he expressed the startling opinion that "anything effective in law enforcement will inevitably be forbidden under the Charter (of Rights and Freedoms). As we say, the Charter helps only murderers, pedophiles and judges..." (Joe Woodard, "Rumblings of a counter-revolution," Alberta Report, Jan. 19, 1998, p.10)

When Crowley was starting up his organization, federal Finance Minister Jim Flaherty hosted a private dinner at Toronto's Albany Club to raise support for Crowley's think tank. Flaherty wrote a letter inviting corporate executives to the event. In it, he said he was "giving it my personal backing... and I hope that you will consider doing the same... My office will follow up with you." Was the finance minister using his office to raise funds for the new think tank?

They were certainly already well acquainted. In 2006, Flaherty appointed Crowley the Clifford Clark Visiting Economist in Flaherty's finance department, where Crowley gave policy advice -- on what we can only imagine -- to the new Harper government. Four months later, while still working in the finance department, Crowley incorporated the think tank.

Harper's new chief of staff Nigel Wright was then a trustee of Peter Munk's Aurea Foundation, which gave Crowley $100,000 to help get his think tank up and running.

This is just the latest example of the Harper government and neoliberal think tanks working together, in this case to convince Canadians crime is an epidemic and government must crush it with an iron fist.

With his tough-on-crime agenda, Harper is playing to the social conservatives in his coalition, and the Macdonald Laurier Institute is there to help. It is chaired by Rob Wildeboer, a wealthy evangelical Christian who is chief backer of the ECP Centre, which attacks human rights commissions as instruments of Christian persecution.

Marci McDonald, author of The Armageddon Factor, explains that as the ECP Centre sees it, "the very notion of legally protected individual rights is an unthinkable heresy, a repudiation of God's sovereign law."

An eye for an eye seems to be the order of the day. Or incarceration for an unwanted kiss.

Can the theocratic state be far behind?