"Nothing so conclusively proves a man's ability to lead others as what he does from day to day to lead himself." -- Thomas J. Watson, 1874-1956, president of IBM 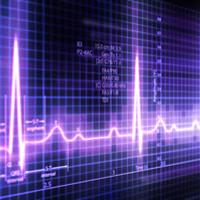 In the contest to lead the British Columbia New Democratic Party, one candidate has already proven his ability through hard work, dedication and intensity -- Adrian Dix.

Adrian is a good friend and a former colleague of mine when we both worked for premier Glen Clark in 1996, so you may say I am biased. But I'd feel the same way if I had never met him before.

The reasons Dix would make the best leader are many.

Since being elected as member of the legislative assembly for Vancouver-Kingsway in 2005, Dix been the NDP's most effective and impassioned critic.

Dix always stands up for ordinary people -- from hospital workers and nurses whose union contracts were legislatively shredded by the BC Liberals, to women fearing for their safety at SkyTrain stations, to small business owners being crushed by the Harmonized Sales Tax, to the most vulnerable of all citizens -- children in government care.

And despite being in opposition, Dix gets results. His persistent high profile questioning of cover ups of child deaths in care and funding cuts to the ministry of children and families forced the government to change.

As health critic, Dix has repeatedly pressured the BC Liberals to answer for long waiting lists and cutbacks in beds, doctors and staff.

And Dix also led the successful fight to save Sir Guy Carleton and other Vancouver schools from closure due to provincial education funding shortfalls.

The new NDP leader will face a BC Liberal Party likely led by either George Abbott or Kevin Falcon -- both former health ministers who fear Dix's persistent, knowledgeable and impassioned questioning in the legislature.

And it's likely a provincial election will take place in 2011, since having a BC Liberal premier govern for over two years with no mandate from voters is untenable.

Dix faces talented leadership competition within the NDP caucus, without question. Mike Farnworth has been highly effective on public safety issues, as has John Horgan on energy concerns.

Nicholas Simons wants more democratic engagement and attention paid to the arts and culture, while Harry Lali is boldly questioning party equity quotas and saying out loud what some members think.

Marijuana legalization advocate Dana Larsen is also running, as he has every right to.

But Dix is my choice, based on his work ethic, his communications savvy and his demonstrated commitment to social justice.

I also believe Dix can best heal the divide in the NDP that formed over Carole James' leadership, as it must if the party is to win the next election.

What's more, Dix has ideas to add to his ideals.

His promise to kill the Harmonized Sales Tax was matched by his energetic canvassing to gain signatures for the citizens initiative petition began by Fight HST, the group former Premier Bill Vander Zalm, Chris Delaney and I helped create.

"What we are seeing is a fundamental shift in who is responsible for paying for the critical institutions in British Columbia. We're seeing taxes imposed on working people who are already struggling in our communities," Dix said in the legislature on Sept. 17, 2009. "This is a dramatic shift in taxation onto small business and onto working people."

But while he promises to kill the HST, he also pledges to reintroduce the corporate capital tax on big banks and financial institutions that the BC Liberals eliminated in a multi-million gift to their backers while hiking B.C. Medical Services Plan premiums by over 50 per cent for the rest of us.

Dix also won't accept for a moment the myth that the BC Liberal government has managed the provincial economy well while previous NDP administrations allegedly ruined it.

"Let me be clear: I will put the record of the BC NDP governments up against that of the BC Liberals without a moment's hesitation anywhere, anytime," Dix said in launching his campaign Jan. 17. "Here are the facts, not the spin: the average economic growth under the NDP governments of the 1990s was three per cent -- significantly higher than the BC Liberals' two per cent."

"Economic growth in the Liberals' 10 years has been much lower than it was in the 10 years of NDP government, which had both higher economic and job growth," Dix said.

It's refreshing to actually hear a New Democrat refute the endlessly repeated claims that outgoing BC Liberal Premier Gordon Campbell was a great economic manager -- when the facts clearly show otherwise.

The NDP won't win an election solely based on who will best run B.C.'s economy, but they will certainly lose if they run away from the debate, as they did in 2009.

Health is Dix's critic area but it's also intensely personal. As a Type 1 diabetic, Adrian has a deep understanding -- and a big stake -- in an effective public health care system.

His willingness to openly discuss his condition and advocate on behalf of other diabetics -- including leading a successful fight in 2008 to have the province provide insulin pumps to kids with diabetes -- because of his high profile is admirable.

Dix has also fought hard on behalf of hospital workers, who have continually and unfairly been attacked by the BC Liberals, through privatizing their jobs and ripping up their legally negotiated contracts -- which Campbell promised before the election in their own union newspaper not to do.

"You know, there are constituents of mine who are single parents and have children. They work very hard, and their jobs were privatized. Their wages were slashed, and they now work 70 hours a week. Those are hours taken away from their children that they'll never get back," Dix said on May 8, 2007 in the legislature.

"So I think it's quite reasonable to ask why the honourable minister of health is fearmongering by putting into this request for proposals the jobs of those health care workers in Kelowna," Dix told George Abbott.

In the kids' corner

But Dix has perhaps been at his best fighting for kids in government care.

"This government has cut too deep and too hard into child protection in B.C. So I want to ask the minister of finance, because the minister of children and family development surely didn't make the case to her before this minibudget: can she explain why another big-business tax cut took priority over the government's fundamental responsibility, indeed all of our fundamental responsibility, to protect kids?" Dix asked then finance minister Carole Taylor on Sept. 15, 2005.

She dodged the question.

"Can the solicitor general confirm that the files of the former children's commissioner are being housed in a Victoria warehouse?" Dix asked on Nov. 17, 2005.

Then-minister John Les replied: "I have not visited any particular location, but I am told that they were in storage in a warehouse in Victoria."

"It is shameful. That is shameful, and that is the responsibility of this premier and his ministers in this government."

Speaking out for survivors

Lastly, Dix stood up for Woodlands School survivors -- who were physically and sexually abused as children at an institution for those with developmental challenges -- and were forced to go to court to seek compensation. Dix continues to fight for those wrongly excluded from a settlement with the provincial government.

"Surely, even though the amount of money we're talking about is, I think it's fair to say, totally inadequate," he said.

"Their memory, their courage, all they provide to our society, which is an inspiration to me as an MLA, I think, justifies those actions. I want to ask the minister what he thinks of that," Dix concluded.

It's that kind of commitment to righting wrongs committed against the powerless that I want to see in a leader.

Dix's background gives him excellent preparation to lead the NDP. In addition to his role as Clark's chief of staff, including through the upset NDP election win over Campbell in 1996 when I was director of communications, he has also worked in the House of Commons in Ottawa.

But more importantly to me was his five-year role as executive director of Canadian Parents for French's B.C. branch, where he grew the membership from about 100 to 7,000.

Working outside of government with a non-profit organization rounded Dix's experience out considerably and also gave him the chance to travel the province extensively -- something he continues as an MLA.

But don't believe BC Liberal spin that they want Dix to win the leadership -- think why anyone would even say that out loud if it were true. They know Dix is a formidable opponent who gives no quarter.

BC Liberal MLAs continue to hope that shouting "memo to file" will deter Dix. It hasn't before and it won't now.

Dix admitted he made an error in the 1990s by backdating a memo regarding Clark's instructions on a casino application, paid a significant price and learned from it.

Would that the B.C. government do the same, instead of repeatedly making grievous errors that hurt the province's most vulnerable citizens, deny any wrongdoing and learn nothing.

We all make mistakes in our lives -- it's those who acknowledge and learn from them that become better people as a result.

Can Adrian Dix lead the NDP and lead it to victory in the next provincial election?

Absolutely -- his record shows Dix is a fighter for ordinary people who have been shafted for the past 10 years by the BC Liberals -- Dix is the right choice.