"The government has decided they're not going to call a public inquiry into it. As far as I'm concerned, it's case closed." -- Christy Clark, Dec. 13, on the B.C. Legislature Raid case 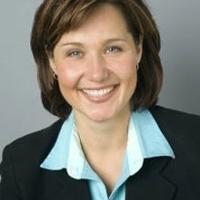 Not so fast Christy -- the BC Rail corruption trial scandal train has not yet left the station, no matter how much you want to see it get out of town.

The surprise guilty pleas of David Basi and Bob Virk in October and the BC Liberal government's quick decision to not only authorize paying their former ministerial aides' $6 million legal bills but also to reject calls for a public inquiry is simply outrageous.

That's why I've created a new Facebook page -- Basi-Virk Public Inquiry -- to give British Columbians who want to know what really happened in the $1-billion privatization of BC Rail a chance to express their opinions.

Go to www.Facebook.com and search "Basi-Virk Public Inquiry" to find the page and join up -- with enough support it will be hard for Clark and other BC Liberal leadership candidates Kevin Falcon, George Abbott, Mike de Jong and Moira Stilwell to become premier while ignoring voters demanding answers.

But Clark has the most reasons to desperately want to avoid an independent inquiry that would ask embarrassing questions about the role she and her top leadership campaign team backers played in the BC Rail privatization in 2003, when Clark was deputy premier.

There's the fact Christy Clark admits that Patrick Kinsella -- the BC Liberal insider paid $297,000 by BC Rail for "business advice" over four years despite some senior executives there not knowing what he did -- is working on her campaign.

Progressive Group owner Kinsella is currently a B.C. registered lobbyist for liquor business and other interests. He co-chaired -- with Christy -- the 2001 BC Liberal election campaign. Has she discussed what he did for BC Rail for $297,000 from 2001 to 2005 while she sat in cabinet?

What would Kinsella's role be if Clark were premier?

Bruce Clark, Christy's brother, had his home office searched by police the same day as their unprecedented raid on the B.C. Legislature on Dec. 28, 2003.

A "statement of facts" agreed to by both Special Prosecutor Bill Berardino and defence lawyers says police found confidential government information on a second BC Rail privatization of its Roberts Bank spur line in Clark's home and that it came from Basi and Virk. The line was estimated to be worth about $70 million.

Clark was a lobbyist for the Washington Marine Group at the time and the Roberts Bank bidding was cancelled after police informed then-transportation minister Kevin Falcon that the process was tainted.

We now know that key Crown witness Erik Bornmann alleged in an April 2004 interview with police that he was paying Basi bribes shortly after the BC Liberals took office in 2001 and long before the sale of BC Rail, according to more search warrant "information to obtain" records released by the courts in response to an application by the Globe and Mail, CTV, CBC and Global TV.

The Bornmann interview cited in the police ITO also alleges that he, Bruce Clark and David Basi had "casual discussions" prior to the BC Liberal election win about setting up a lobbying firm.

Bruce Clark has also been a lobbyist fighting smoking bans in bars in the past and more recently a vice-president of independent power producer Green Island Energy, which was trying to develop a bio-energy project in Gold River in partnership with U.S. energy giant Covanta.

So, is Bruce Clark involved in sister Christy's campaign? Has she discussed with Bruce why the then-deputy premier's brother had confidential government documents related to BC Rail in his possession, or why police searched his house, or why he was not charged with any offences?

What role would Bruce Clark play if Christy became premier?

Clark was president, Bornmann communications director and Kinsella a board of directors' member.

Christy Clark's ex-husband, Mark Marissen, was the brains behind Stephane Dion's successful leadership campaign and Paul Martin's top lieutenant in B.C. when he pushed Jean Chretien out of the prime minister's office.

Marissen and Clark were visited by RCMP at their then home in 2003, where Marissen cooperated fully regarding questions about Basi and Virk.

And of course Clark's campaign manager Mike McDonald was alleged by the Basi-Virk defence in pre-trial court hearings to have worked with Basi to coordinate political dirty tricks like having paid callers stack radio talk shows to promote the BC Liberals.

Those allegations are of course unproven and McDonald has never commented on them. McDonald's wife Jessica was Gordon Campbell's senior deputy minister till 2009.

Questions about Bruce Clark, Kinsella and Marissen were sent to the Christy Clark campaign team. At press time there was no response.

But don't expect Christy Clark to be forthcoming, as she is well ahead of her BC Liberal Party competitors in the race to become her party's leader and the province's new premier. Talking about Basi-Virk as the 7th anniversary of the B.C. Legislature Raid approaches is not in her interest.

Just listen to what the on-leave radio host said to CKNW colleague Bill Good when questioned on Dec. 13:

Bill Good: "A lot of people think you have baggage when it comes to BC Rail. Your ex-husband Mark Marissen, your brother, have ties to BC Rail, it was alleged that you shared information with lobbyist Erik Bornmann. How do you deal with that?"

Christy Clark: "Well, I mean, you know, those were allegations that were completely and totally false. I don't think I need to deal with that. I was never involved in it."

"There was one allegation thrown around in court -- it was never mentioned again. I was never called to court from either side. I mean, I just don't have any involvement with that so you know I think we are going to move forward, the government has decided they're not going to call a public inquiry into it. As far as I'm concerned Bill, it's case closed," an uncomfortable Clark concluded.

But it's not case closed when it comes to someone who wants to be premier of the province.

And Merry Christmas to all Tyee readers -- thanks for your comments and support all year!