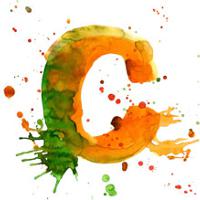 Climate change is going to affect everyone, but it is going to hurt today's kids more than it will hurt your generation. We can't even vote -- yet -- but we will suffer the consequences of the inaction of your generation for the rest of our lives.

It is no longer debatable that we need to act on climate change. We have already begun to see its impacts: ecosystems have been devastated locally and on the other side of the world; extreme weather patterns are increasing; water levels are rising; disease control is getting harder in developing countries; and the first climate change refugees have been relocated from a low lying South Pacific Island.

As one of the world's greatest per capita emitters and (not coincidentally) as one of the wealthiest countries in the world, Canada should be demonstrating global leadership on this issue. Instead we have failed miserably.

Our parents have taught us many lessons throughout our lives. But the leaders of their own generation – your government – are failing to live by those same lessons.

Please be an adult we can admire

Kids are taught to keep their promises. Yet Canada's government has a history of promises that were not kept to their own citizens and to the rest of the world. In 1997 Canada signed the Kyoto protocol, saying we would reduce our emissions to 6 per cent below 1990 levels by 2010. We ratified that agreement in 2002. Yet by 2008, Canada's emissions were 23 per cent above 1990 levels. Not only have we not met our goals, but we have been going in the wrong direction. Your governments keep setting new targets and issuing new plans, but you have yet actually follow through on any of them.

Kids are taught to be accountable for our mistakes. Younger kids have time outs when they speak out of turn in class. Teenagers get grounded when they stay out past curfew. Then why is it that our country as a whole is letting others pay for our actions? Wealthy countries like Canada are causing climate change. However, the countries that will be hurt most will be developing countries, which have contributed almost nothing to the problem in the first place, but will suffer the most severe impacts. Adults are polluting all the time, but it will be their children who will truly pay.

Kids are taught to be leaders, not followers. Yet your government's current climate action plan is to wait for the United States to act and follow their lead. For the last two decades we have been relying on individual actions to solve the problem. However, research clearly shows that voluntary actions are not nearly enough. Since the 1990s, our emissions have continued to skyrocket. We need real government leadership on this issue. But even though kids are taught in school all the time to be leaders, your government has failed to lead on this crucial issue.

Do what's right, not what's easy

Solving climate change won't be easy. But it's the right thing to do. The poorest people on the planet should not have to pay for our wealthy and polluting lifestyle. And today's children should not have to pay for your generation's unwillingness to act. The luxuries enjoyed by Canada's citizens today can't be treated as a priority over the lives of future generations.

Our parents have always told us to clean up after ourselves. Now it's time for your generation to clean up your own mess. I have been truly embarrassed by Canada's actions in Cancun, where we deliberately hindered international negotiations. So please start showing some real leadership, Mr. Harper -- for your children's sake and for the sake of children even more vulnerable all around the world.