"One of the true tests of leadership is the ability to recognize a problem before it becomes an emergency." -- Arnold H. Glasgow 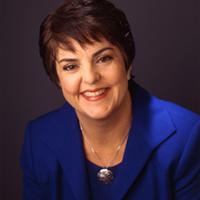 The battle over Carole James' leadership is not about the left versus the right within the New Democratic Party.

It's not about the old guard against the new.

The only question that is dividing New Democrats is simple -- can Carole James win the next provincial election?

With the announced resignation of B.C. Premier Gordon Campbell on Nov. 3, the NDP has to resolve that question -- and there isn't much time.

It's overwhelmingly likely that the new BC Liberal Party leader and premier will repeal the fixed election date of May 2013 and announce she or he needs a mandate from voters rather than to govern for two years without electoral approval.

The new premier will also probably say they also want a mandate to negotiate the elimination of the Harmonized Sales Tax with the federal Conservative government, since the odds of the Sept. 2011 referendum on the HST being moved up to early next year increase daily.

That means the NDP doesn't have until 2013 to sort out its problems -- it may have only until next May or June if the new BC Liberal leader forces a quick election, especially likely if they get a major rise in the polls from the massive media attention that always surrounds succession of a premier.

The challenge for the NDP's provincial council at its meeting this coming weekend is to overcome what appear to be political lose-lose alternatives.

The knocks on James

The knocks against James' ability to win are clear and, for many political observers, compelling.

James lost the 2005 and 2009 elections to Campbell. Her personal approval rating is just 25 per cent according to a Nov. 5 Angus Reid Public Opinion poll -- putting her 22 per cent behind the NDP's own 47 per cent support.

And there seems no doubt the NDP's high standing in the polls is primarily due to the BC Liberal government's imposition of the Harmonized Sales Tax, as well as public outrage at the sudden guilty plea bargain of former BC Liberal ministerial aides David Basi and Bob Virk in the B.C. legislature raid political corruption case.

James personal approval rating is now just 25 per cent according to an Angus Reid Public Opinion poll released Nov. 5 -- putting her 22 per cent behind the NDP's own 47 per cent support.

"Carole James actually lost points in the approval category this month, and keeps a negative momentum score, despite battling the most unpopular premier in the country," the Angus Reid news release noted.

"The problem for Carole James is that there is a lot of soft support for the NDP. People are disenchanted with the BC Liberals so they are parking their vote with the NDP," Angus Reid Public Opinion vice president Mario Canseco told the Vancouver Sun in October when her approval rate was 27 per cent. "But they are not convinced that Carole James is the right person for the job."

And there seems no doubt that the NDP's high standing in the polls is primarily due to the negative actions taken by the BC Liberal government -- imposition of the Harmonized Sales Tax primarily, as well as the surprise guilty plea bargain of former ministerial aides David Basi and Bob Virk in the B.C. legislature raid case and the budget deficit that turned out to be six times larger than Campbell stated before the 2009 election.

The NDP is also in financial dire straits, with membership rumoured to be dropping to 10,000 or less. Even party officials said in July that the membership was 13,500 -- roughly the same level as in Nov. 2003, when James was elected leader.

Party president Moe Sihota was quoted as saying in executive minutes leaked to the media that the NDP was surviving on bequests from deceased members.

"We can't rely on people passing away," said Sihota.

And a significant number of NDP MLAs as well as members are angry that James expelled Cariboo North MLA Bob Simpson from the caucus Oct. 6 for mildly criticizing one of her speeches on a Williams Lake community website.

That includes Norm Macdonald, who resigned as caucus chair over the lack of consultation and the process involved in Simpson's personal expulsion by James.

These negatives have compelled at least five NDP riding associations to call for a full leadership convention in Nov. 2011 instead of current plans to merely hold a review vote on James' leadership.

Concern over James has also prompted former NDP cabinet ministers Corky Evans, Dale Lovick, Bob Williams and others to suggest publicly that she be replaced as leader.

In any event, if there is no election before Nov. 2011 the NDP will hold a leadership review vote at its convention.

That means each delegate selection meeting in all 85 ridings will be dominated by the question of whether delegates vying to attend will go to vote for or against James continuing on as leader. For two to three months media will be filled with reports of the pitched battles in most constituencies.

Whether those calling for James to quit are successful or not, there is no question her leadership has been damaged.

But the arguments against changing the leader do also have salience within the NDP and beyond.

The New Democrats currently hold a commanding 21 per cent lead over the BC Liberals -- 47 per cent to 26 per cent, with the Green Party and BC Conservatives following with 10 per cent each.

Those results would give the NDP a massive landslide victory if they held up into the election.

And the rise of the BC Conservatives -- who still have no leader chosen -- along with creation of the BC First Party by Fight HST lead organizer Chris Delaney, means that the right wing unity critical to the BC Liberals' election wins may be seriously split.

James also has the support of at least 12 of the BC NDP's 85 riding associations, based on media reports of positions they have taken.

Should the BC Liberals' new premier call a snap election while the NDP is still hotly debating James' abilities, leadership would become the central campaign issue to the NDP's serious disadvantage.

James' supporters correctly argue that her party leadership has never been challenged since she won it in 2003, although NDP constitutional provisions that required regular leadership reviews were removed and only reinstated last year.

And, at least privately, those who back James ask who could replace her and do a better job.

"Some of NDP leader Carole James' opponents believe that Gordon Campbell's replacement will magically make the 25 point gap between the parties disappear so a snap election can be called and the BC Liberals can be rewarded with a new mandate a year or more ahead of the set May 14, 2013 election date," Schreck wrote on his website.

"That's not the wishful thinking of the BC Liberal caucus; it's an argument advanced by a handful of New Democrats who want James to step down so she can be replaced with Lord knows who," he concludes.

"Ordinary New Democrats are fine and happy and thrilled actually in many ways with Carole James' leadership," MacPhail told CKNW radio's Sean Leslie on Saturday. "So these people that are kvetching inside -- you know I don't know how serious we can take them.  Has anyone put forward their name as a challenger?"

And so the NDP's dilemma looms large. Former respected MLAs on both sides of the issue of whether James should stay or go while riding associations also taking positions for and against.

Is there any solution that won't tear the party apart?

Three options seem possible, although none come without some pain.

First, those unhappy with James could agree to stand down their complaints until the Nov. 2011 review and let the party process take place as now planned.

But if the BC Liberals new leader starts winning back significant public support after taking office, the odds of an early election go up dramatically.

That means both the NDP's lead and its members' confidence that a review of James would take place before the next election start disappearing, to be replaced by panic -- that truce would quickly end.

Second, James could simply resign, either to leave the leadership or to contest it in a challenge to potential successors in the party. Either way, that would end a divisive battle over her continued leadership but leave her supporters angry she was pushed out.

The third solution is slightly radical -- for the NDP at least -- but has the advantage of being democratic and resolving the thorny issue much more quickly and effectively than any other option.

The NDP provincial council could simply vote to move up the date of the Nov. 2011 convention and its scheduled leadership review to early next year.

As the party constitution states: "Time and place of Conventions shall be determined by Provincial Council" on not less than 90 days notice.

That means the NDP convention could take place as early as March 2011.

With Premier Gordon Campbell now staying in office until well after Feb. 2011, when the BC Liberal Party holds a special convention to change its leadership elections rules, there seems no chance of an election earlier than the summer or early fall of next year.

Don't paper it over

If James passes the leadership review vote with a strong enough mandate to continue, the debate is over. If not, the NDP will have time for a leadership contest before the next election.

Whatever decision is made by the NDP provincial council this weekend, or by James or simply by individual members, the party has to find a solution it can not only live with but promote to B.C. voters -- and likely sooner than later.

Papering over the problems will fool no one.

And the consequences of failure to resolve internal differences will be felt far more by British Columbians in need who have been shamefully mistreated and neglected through nine years of Campbell government than by NDP MLAs and staff.

That's what ought to be considered the first and foremost priority for a party committed to social justice.