Ever notice the lights on the Lions Gate Bridge? Those bright white ones that follow the line of the suspension cables, highlighting the bridge's plunging neckline? Those are called Gracie's Pearls. 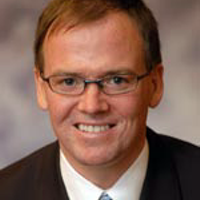 They're named for Grace McCarthy, Socred MLA from Vancouver-Little Mountain who served from 1966 to 1988. Amazing Grace arranged for the Guinness family to install the lights in advance of Expo '86. The Guinness family, of course, built the bridge to feed their real estate developments in West Van.

That's not the only piece of political geography named after McCarthy. There's also a little something called Gracie's Finger.

Wikipedia describes it best: "In 1982, McCarthy was suspected of interfering in the re-drawing of the electoral boundaries of her Little Mountain constituency, to include an appendage of a wealthy westside Vancouver area, thus helping ensure her electoral success. This appendage and subsequent scandal became known as 'Gracie's Finger'. The actual area in question was between 16th and 33rd Avenues in Vancouver around the Arbutus Street corridor."

That's the way it is with landmarks and political legacies. Some remind us of the good, some just give us the finger.

Which brings us to Gordon Campbell, who announced his resignation today.

Like him or not, Campbell has reshaped the physical and political landscape of this province. A three-term premier. Lead Olympic cheerleader and red-mitten flogger. He's the man who implemented the first carbon tax in North America. He's harnessing our rivers to the North American power grid and trying to turn B.C. into an energy exporting superpower. Oh, and he fired (and in some cases re-hired) a huge chunk of the civil service, closed courthouses, schools and hospitals, ripped up contracts with unions, privatized BC Ferries (though government still owns it) and part of BC Hydro, and of course implemented the HST. That and so much more. His impact will be felt for years to come.

More interesting than what he's done, though, is just how he's gone about doing it. Because whether his vision is right or wrong, progressive or regressive, helpful or selfish, the saving grace in any political system is well-functioning democratic institutions and processes. In a world of competing needs, these are the mechanisms of social equilibrium. In short, it's these means, not the ends, that matter most of all.

And Campbell, time after time, has subverted these in the name of his own vision. A brief look at his record shows he's one of those leaders who believe in democracy as long you vote for what he wants. Otherwise, he just makes it so with a swipe of his pen. (And, no, his concession to the HST referendum does not count here since he was forced into it.)

Off with their heads

Let's take a look at a few telling examples of Gordon Campbell's rule by royal fiat:

In 2001, when the Liberals slaughtered the incumbent NDP -- 77 to two. The NDP requested official opposition status so as to have the office support that went with it, even though they didn't meet the minimum requirements. And despite the speaker of the house, Claude Richmond, a former Socred, recognizing the party as such, Campbell wouldn't.

If ever there was time for clemency, for generosity in the name of a healthy opposition and a better functioning democracy, this was it. The NDP weren't a threat; they were reeling. Rather than leaning down and offering a hand up to a long-time adversary, he said no.

OK, fine. Rules are rules. Politics are politics. It's a blood sport. No quarter asked, none given. (Running out of cliches, so let's leave it there.)

But then there was this whopper -- the Significant Projects Streamlining Act, passed in 2003. In essence, it gave the provincial government the right to overrule any municipal laws, regulations or bylaws that, as the Westcoast Environmental Law Association put it, "are perceived as being 'constraints' to development projects that the government deems 'provincially significant.'"

What does this mean?

Westcoast Environmental Law called it a "deregulation bill that challenges conventional notions of democracy," a polite way of saying the province would kneecap any local government that got in its way.

With these two hammers (and others) in hand, Campbell went on to implement his "exciting" vision of the future of B.C. And whenever he ran into a democratic wall, he simply legislated his way around it.

Take, for example, Translink. Campbell did. Campbell's Liberals scrapped the transit authority's board of elected directors, replaced it with a government-appointed board of professionals, and a council of 30 mayors who would debate on the best way to implement what was now the province's transportation strategy. What was a nominally democratic board became a rubber stamp for the provincial government.

The NDP's Chudnovsky sounded the alarm about a major attack on democracy.

And Rafe Mair again admonished, "Were you watching? The new nine-member board will come from 15 people selected by a blue ribbon committee appointed by Gordon Campbell. That's the new BC Liberal democracy, Campbell style."

Making the rivers run on time?

Add to that Campbell's endorsement of the federal government's changes to the Navigable Waters Protection Act, an act that protected the people's right to travel on and use our country's rivers and lakes. Campbell didn't like it because it got in the way of development (read: privatized run-of-river) on said rivers and lakes.

The act was described by one defender as descendent from the Magna Carta itself. You know, the English charter from 1215 that for the first time limited the power of the monarch.

Rafe Mair (for the 6,324th time) called Campbell an autocrat for his support in changing the legislation.

Autocrat. Dictator. Bully. These are the words that follow our premier.

Don't believe me? Then how about one of his own ministers:

"It's the difference between doing things to people and with people, and I personally believe it's just smarter to do things with people," Bill Bennett said to the Vancouver Sun the other day. "He said he believes Campbell's handling of the cabinet shuffle... follows a pattern of the premier making significant decisions without consulting his elected colleagues."

Don't get me wrong. It sucked when Glen Clark ruled this way (insert fast ferry joke here); it continues to suck when Campbell does it.

So, since our political landscape already has some pearls and a finger, why not add another item to the crown jewels?

Take a look at the redesigned BC Place. Notice the metal spire-like beams circling the edge of the stadium, rising up to the height of the surrounding towers. Tell me that doesn't look like a massive crown in the middle of the city.

Now, think back for a moment and tell me how much public input went into the decision to re-roof the iconic marshmallow. Don't remember? Me neither. Apparently there was discussion in Victoria, but all I remember about the project that is remaking our skyline is the premier announcing out of nowhere that $500 million was going into a new roof and a casino. Remember, too, that the Liberals promised not to expand gaming in the province.

And remember that Campbell was a player in the original campaign to build the downtown stadium back in the '80s.

And so, with this and the rest of Campbell's political legacy in mind, a modest suggestion: Let's give Premier Gordon Campbell the crown he's always acted like he's had. Whatever corporate-sponsored name they give BC Place, let's you and I call it. . . Campbell's Crown.