In the lead-up to Copenhagen, the Canadian government's (non)policy on global warming borders on the criminally negligent. This may seem to be an outrageous assertion, particularly to those lost in the thickening fog of deception churned out by climate change deniers, but please bear with me for a moment. 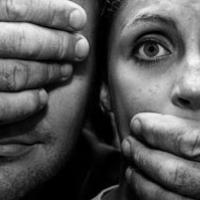 First, climate change, particularly global warming, is an undisputed fact. The mean global temperature has increased by .8 Centigrade degrees over the last century, glaciers are melting, the Arctic sea ice is disappearing, deserts are expanding and sea levels are rising-all ahead of climate model projections.*

Second, while it is true that Earth's climate is primarily determined by various non-human factors, including solar output and shifting ocean currents, there have been no changes in these sufficient enough to explain ongoing temperature increases.

Third, by contrast, human activities have significantly increased atmospheric greenhouse gas concentrations. Carbon dioxide is up 38 per cent from a preindustrial 280 parts per million to 388 ppm today. Other GHGs have climbed proportionately even more -- but the CO2 increases alone are more than sufficient to account for the observed warming.*

Fourth, increasingly severe weather events are already displacing or killing tens of thousands of people annually and this trend is likely to worsen.

In 2007, "The Age of Consequences" report by Washington's Center for Strategic and International Studies argued that "in the case of severe climate change, corresponding to an average increase in global temperature of 2.6 degrees Celsius by 2040... nations around the world will be overwhelmed by the scale of change." Contributing author Prof. Leon Fuerth noted that rich countries could "go through a 30 year process of kicking people away from the lifeboat" as the world's poorest face the worst environmental consequences. This is happening with only 2.6 degrees warming -- estimates today suggest a truly catastrophic 4 to 6 degree increase is likely without dramatic preventative action.

In this light, climate change deniers defend a position that will kill millions of people, destroy critical ecosystems and undermine prospects for global civilization. Common sense and social justice demand that the world's nations move forcefully to prevent the anticipated wave of eco-violence.

Indeed, if this is really a global village, shouldn't the world community be working to establish legal grounds for negligent actions?

Canadian common law provides useful guidance. Environmental negligence suits focus on compensation for loss caused by unreasonable conduct that damages legally protected interests. Unreasonable conduct means doing something that a prudent or reasonable person would not do, or failing to do something that a reasonable person would do. The plaintiff must establish certain key elements of the tort -- cause in fact and proximate cause, damages, legal duty and breach of the standard of care.

Note that fault may be found even in the case of unintended harm if it stems from unreasonable conduct.

The Criminal Code (Section 219) is even clearer that lack of intent to harm is no defence if the damage results from conscious acts performed in careless disregard for others: "Everyone is criminally negligent who (a) in doing anything, or (b) in omitting to do anything that it is his duty to do, shows wanton or reckless disregard for the lives or safety of other persons" (where "duty" means a duty imposed by law). Significantly, Section 222(5)(b) states that "a person commits homicide when, directly or indirectly, by any means, he causes the death of a human being, by being negligent" (emphasis added).

How might such reasoning apply to the international arena? The Intergovernmental Panel on Climate Change has established with greater than 90 percent certainty that GHG emissions from human activities have caused "most of the observed increase in globally averaged temperatures since the mid 20th century" and that climate change is clearly capable of causing catastrophic damage. The failure or refusal of major CO2 emitters to reduce their emissions therefore arguably breaches a reasonable standard of care. What is missing in international law is acknowledgment of the offense and the capacity to create and enforce a legal duty to act.

There is no prima facie reason why the behavioural standards imposed by international law should not be as rigorous as those required by domestic law.

If human-induced climate change is a cause of death and destruction, then Canada and the United States -- two countries with the highest CO2 emissions per capita on the planet -- are guilty of "wanton or reckless disregard for the lives or safety of other persons." Pity that they seem poised once again to undermine the global community's efforts to reach international agreement on serious GHG emissions reductions.