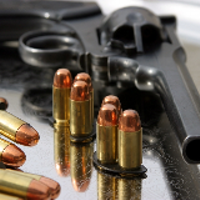 The Conservative Party may get away with its drive-by shooting of the long gun registry, thanks to 20 rural Liberal and New Democrat MPs riding shotgun in the getaway car.

So while both Liberal leader Michael Ignatieff and NDP leader Jack Layton opposed a Conservative MP's private member's bill to eliminate the registry, their gutless unwillingness to rein in their MPs allowed a key vote to pass last week.

It was 12 NDP and eight Liberal MPs -- including two from B.C. -- who joined the Conservatives to easily pass the bill in principle.

The 164 to 137 vote on second reading of Manitoba Conservative MP Candice Hoeppner's Bill C-391 came despite overwhelming opposition to eliminating the registry from the Canadian Association of Chiefs of Police, other law enforcement officials and community organizations, and polls showing two-thirds of Canadians support the registry.

Bill C-391 would end registration of rifles and shotguns from a database police across Canada access over 10,000 times a day.

And -- unbelievably -- it would require the destruction of eight million existing firearms records!

But while the Liberals and NDP were gutless in allowing a "free" vote of their MPs, it was shameful Conservative Party attack ads targeting rural Liberal and NDP MPs that likely pushed the vote over the top.

The radio ads and flyers were based on National Rifle Association tactics in the United States to pressure British Columbia Liberal MP Keith Martin and NDP MPs Nathan Cullen and Alex Atamanenko in their constituencies to vote to kill the registry.

The radio ad script is outrageous, claiming that the vote would "scrap the long gun registry and protect our local way of life," but that "political bosses in Ottawa" want the local MP to keep the registry.

While the ads may have worked on some MPs -- Martin and Cullen voted to kill the registry -- Atamanenko bravely stood up to the Conservatives, voting no.

Annual budget is under $10 million

Despite claims that the registry unfairly discriminates against rural gun owners, the reality is that access to firearms is a key factor in domestic homicides.

And don't believe the Conservative hype about the long gun registry being an expensive waste of money.

The former Liberal government was incompetent in setting the registry up at great cost but its annual budget is now just $8.4 million, certainly a small expenditure to ensure millions of firearms are registered.

And if the Conservatives hadn't waived the registration fees it would have paid for itself.

I am not opposed to gun ownership at all. I have shot both rifles and handguns myself. I have no problem with hunters, target shooters or people in rural communities owning guns for sport or their own protection.

But those guns should be registered, making owners accountable for them and police able to track the firearms for everyone's safety.

'We lose it at our peril'

Give the last word to Toronto's police chief Bill Blair, who is also president of the Canadian Association of Chiefs of Police.

Blair says that Bill C-391 is: "intended to gut the gun registry, and to make it impossible for law enforcement officials to have access to the information, the same type of information, that enabled us to seize these weapons -- and frankly, make our cities safer."

"We believe that the gun registry provides police services across this country with the information they need, first of all to help us keep communities safe, and also to keep police officers safe," Blair said. "We lose it at our peril."

There's still time to save the long gun registry. Tell your MP to keep it when it comes back for a final vote.