"This is the single biggest thing we can do to improve B.C.'s economy." -- Premier Gordon Campbell 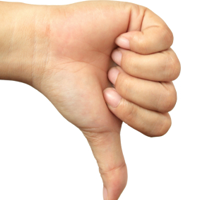 Rather than "improve" B.C.'s economy, the HST will force ordinary British Columbians to pay an extra 7 per cent on a wide range of consumer goods and services -- from restaurant meals to haircuts to bicycles to new homes to airline tickets to funeral services and much more.

That additional tax will force many to cut their expenditures just at a time when the recession is already damaging the economy -- the last thing we should be doing.

It will particularly devastate certain sectors of the economy, especially restaurants, by forcing consumers to pay an extra 7 per cent on the food portion of all meals.

It will add an extra 7 per cent cost to a wide range of professional services, including accounting, architecture, household renovations, home care, massage therapy, dry cleaning, repair services for appliances and more.

A favour to big biz

So who benefits? Big business. That's why the B.C. Business Council, the Canadian Manufacturers and Exporters and a host of other business groups are supporting the tax.

The HST will transfer $1.9 billion from individuals and give that money to big business.

Theoretically, businesses could reduce prices by 7 per cent because they can recover the PST they now pay. But if you think that will happen say hi to the Easter Bunny for me.

Who else benefits? The B.C. Liberal government, which will get $1.6 billion from the Stephen Harper Conservative federal government to "implement" the HST -- money it can spend however it likes.

And guess what? B.C. will still dramatically slash public services because the new tax revenue will only offset reduced taxes on big business.

Poorest will be hardest hit

The HST is a highly regressive tax. That is, it disproportionately impacts lower income earners because far more of their limited income will be spent paying the tax than higher income earners.  If we need a tax increase to pay for public services in the recession, the government should be using a temporary progressive income tax increase, not a permanent regressive one.

Improve B.C.'s economy? Give me a break! This is a pure tax grab and transfer.  Take restaurant meals -- currently consumers pay no Provincial Sales Tax on the food portion -- only on alcohol sales.   After the HST comes in, you will pay an extra 7 per cent on the food. And guess what happens?  Restaurant sales go down. Servers and staff see reduced sales, hours of work and tips.

The restaurant industry is blunt in its assessment of what happened and the unhappy results.  "This government made a promise less than three months ago to the people of British Columbia that there would be no new taxes," says Mark von Schellwitz of the Canadian Restaurant and Foodservices Association.

"Harmonization will result in a permanent tax shift of hundreds of millions of dollars to our customers."

And take my own consulting business West Star Communications -- I currently am obliged to charge the 5 per cent GST on services.   With the HST it appears -- the government still hasn't given proper guidelines -- that I will have to charge an extra 7 per cent for a massive total of 12 per cent on services. This is an increase in taxation of more than double with no, repeat, no change in anything I or my clients do! I'm sure my clients will not be happy to pay more taxes for the same work.   That goes for other professional services. Every one of them has to charge an extra 7 per cent. And guess who will pay? Their customers.

The only benefits of the HST are for big businesses that can flow through the costs to their customers!

In May, BC Libs misled

The BC Liberals expressly rejected the idea of an HST during the last election -- misleading voters once again about their true intentions, just like with the sale of BC Rail, the size of the 2009 budget deficit and current health care cuts.

"A harmonized goods and services tax is not something that is contemplated in the B.C. Liberal election platform," was the governing party's identically worded reply to both the Greater Vancouver Homebuilders' Association and the Restaurant and Food Services Association.

And there has been zero, no, nada, nyet consultation with the public about even the idea of an HST -- just the surprise imposition of an unfair tax!  But there's still time to stop this tax grab. You can start by joining my new Facebook protest group, NO BC HST.

The B.C. Liberals shouldn't get away with imposing an unfair tax that they denied even considering -- and then ripping off consumers permanently!