Canada’s largest federal union is walking away from contract negotiations over the government’s refusal to offer raises that keep up with the soaring the cost of living.

The Public Service Alliance of Canada, which represents 120,000 public servants, has been sabre-rattling about a possible strike for weeks, but it officially declared an impasse Wednesday. The union is seeking conciliation to help reach a settlement.

The big issue is wages. The union is seeking a 13.5 per cent raise over three years — at 4.5 per cent a year — compared with Treasury Board's offer of less than eight per cent over four years. The two sides have also hit snags over the future of work and anti-racism provisions PSAC wants embedded in all contracts.

“Just like all workers in Canada, our members are already feeling the pinch, and the worst is likely still to come,” said PSAC president Chris Aylward. “As Canada’s largest employer, Prime Minister Trudeau’s government needs to lead by example by making sure workers don’t fall behind.”

This is the first round of bargaining in years with rising inflation. Canada’s inflation rate rose to 6.7 per cent in March. Public servants, who delivered the government’s COVID-19 response while many worked from home, want bigger raises, more rights around remote work and the right to disconnect so employees aren’t obliged to check emails and calls after work hours.

“This government can’t expect the workers who have been getting us through the pandemic to shoulder the costs of Canada’s recovery,” said Aylward.

“Groceries, gas and utilities are becoming unaffordable. Now more than ever, workers need fair wages and good working conditions to help keep up with rising costs.”

PSAC, the largest of the 17 federal unions, is the first at the bargaining table in this round of negotiations and its agreement typically sets the precedent for the rest. It is representing four large bargaining groups of workers. The government and union have negotiated for a year and held 28 days of talks.

If an agreement can’t be reached through conciliation, PSAC said the union will be “forced to continue to escalate actions across the country, up to and including taking strike action.”

A strike, however, is months away, and PSAC’s last big strike was in 2004. The conciliation request goes to the Federal Public Sector Labour Relations and Employment Board. The board could recommend setting up a public interest commission to conciliate the dispute. This three-member panel includes labour and management nominees, and could take months to hold hearings and write a report, which is non-binding. 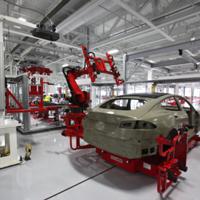 As employers grapple with labour shortages, workers and unions are flexing their muscles. The dynamics of this round of bargaining could also be affected by the Liberal deal with the labour-friendly NDP and a strategic review to find $6 billion in savings. Much of those savings are expected to come from reduced real estate costs by shifting the public service to a hybrid workforce.

The pandemic made remote work a big issue for federal unions. It cuts across departments, each of which are responsible for deciding where their employees work, and many of those employees want to keep working from home. Some departments are mandating two or three days in the office; others are offering full-time remote work.

At the same time, some public servants want to return to the office. Others, like prison guards, ships’ crews or border guards, don’t have the option to work from home. Departments are already braced for an internal talent war as workers look for departments that will let them work where they want. 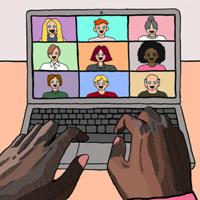 The Special Reason Some Prefer Working from Home

PSAC wants to negotiate a process to avoid arbitrary management decisions on where employees work and ensure consistency on how access to remote work is managed across the public service.

Along with that, PSAC is seeking a better work-life balance for remote workers with the “right to disconnect” that gives workers the right to say no to calls and texts after hours. Contracts already deal with overtime when employees are called back to work. The union wants protections so workers aren’t penalized for exercising the right to disconnect.

PSAC also wants to ensure public servants receive anti-racism training and education about Indigenous history as recommended by the Truth and Reconciliation Commission. The government does provide training, but PSAC wants it enshrined in collective agreements to ensure more take-up. Other demands include better job security and eliminating the privatization of public services.