Dean Wilson has visited the same pharmacy every day for the last 20 years. The longtime drug reform activist said he’s stayed with the same pharmacist for decades to get his methadone each morning, because he trusts them.

Wilson works as a peer-facilitator at the British Columbia Centre on Substance Use and says that for people on opioid agonist therapy, or OAT — which uses methadone or Suboxone to treat addiction to drugs such as heroin, oxycodone, hydromorphone and fentanyl — having a good relationship with a pharmacist is critically important.

But it’s something that’s hard to come by.

People who use substances or live with substance use disorder often face stigma and discrimination from health-care providers, Wilson says, which has many times resulted in pharmacists changing dosage amounts or even diluting doses without consulting patients.

This is extremely dangerous, as OAT works by reducing cravings for opioids and reducing withdrawal sickness. Tinkering with dosages can drive patients out to the illicit drug market to find relief.

“There are a lot of unscrupulous pharmacists in the methadone business,” Wilson said.

And due to the pandemic, communication between pharmacists and patients who use drugs has become even more strained, Wilson says. Inconsistent treatment protocols and other gaps in service have resulted in people being refused access to safe supply.

“A lot of pharmacists didn’t know what to do,” Wilson says.

While there are many areas where addiction medicine needs improvement, especially in the midst of a deadly toxic drug emergency, a new partnership between the BC Centre on Substance Use, the University of British Columbia and Shoppers Drug Mart aims to improve pharmacist-patient relationships.

In a June press release, the centre announced that a $2-million gift from Shoppers to UBC will establish a new fellowship, the first of its kind in Canada, to support pharmacist-focused addiction treatment education at the centre.

Starting this year, the program will host two people annually in hopes that participants will take their knowledge back into the field to train others.

With pharmacists now getting a seat at the table, communication between different areas of health care will improve, says Mona Kwong, director of the new fellowship.

“Often times, we never know what each other’s profession does until we sit down and work together,” she said.

Through the fellowship, health-care providers will be able to meet to better understand each other’s roles and responsibilities.

Kwong says as addiction medicine expands, it will become even more important for different specialties to get connected to improve both research and the experiences of patients.

While welcoming news of the fellowship, Geraldine Vance, CEO of the BC Pharmacy Association, notes it will not be the first time pharmacists have undergone specialized training in addiction medicine.

Vance says a program developed and launched by the association in 2018 — the “Opioid Agonist Treatment Compliance And Management Program For Pharmacy” — was the first of its kind in Canada to deliver comprehensive education specific to pharmacists.

To date, more than 3,200 pharmacists have participated in the program, which addresses current treatment guidelines, the pharmacology of OAT, trauma-informed care and working with patients from a variety of backgrounds, including those with lived experience and First Nations Health Authority perspectives.

"This ensures patients get the best care during their often-daily interactions with pharmacists," Vance said.

Cheyenne Johnson,* director of the BC Centre on Substance Use, says that when it comes to addiction medicine — which only came on the scene in the 1980s and ’90s, mainly in response to the HIV/AIDS epidemic — these types of specialized programs are long overdue.

Johnson trained as a registered nurse and recalls that throughout her studies, she saw only two or three slides covering addiction. She’s passionate about working to change that.

Another key issue, she says, is a lack of addiction treatment options.

The majority of support has traditionally operated outside the realm of the public health-care system, either through community-run 12-step programs or in privately-operated centres. Although these methods work for many people, she says it’s important to offer more choices, noting that addiction medicine has come a long way in the last 20 years.

“We’ve expanded our knowledge about how addiction works in the brain and the medications that are incredibly effective at treating them, [but] we have quite a bit to do in terms of educating our health-care providers to fill that gap,” Johnson said.

Wilson sees the pharmacy fellowship as a positive move for those seeking treatment and says it’s especially important after the year of frustration that those who use drugs have felt following the province’s bumpy safe supply rollout.

“The biggest problem was a miscommunication about stuff like safe supply, and the fellowship, I believe, is something that bridges those communication gaps,” says Wilson, “I just think it’s an all-around plus, plus, plus.”

Although investment in education is an important step in the long run, critics argue the pharmacist fellowship is out of touch with what people who use drugs need right now. 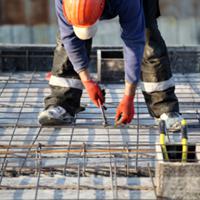 While the funding announcement explicitly mentions the number of overdose deaths — more than 19,000 fatalities across Canada since 2016 — according to Vancouver drug policy consultant Karen Ward, better-informed pharmacists aren’t going to stop people from dying.

“I mean, they’re doing addiction medicine, and that is not actually what we need right now. We need safe supply available over the counter in every pharmacy, and that’s really different from addiction medicine,” said Ward, who recently spoke out on the importance of ending prohibition.

Since 2016, the year B.C. declared opioid-related overdose deaths a public health emergency, 7,000 people across the province have died, and 2021 is on track to become the deadliest year for toxic drug deaths.

Ward also questions why Shoppers specifically has chosen to fund this program.

“The fact is that people who use drugs don’t go to a Shoppers Drug Mart or a London Drugs, because they feel like they’re being looked at or judged. They’ll go to a neighbourhood pharmacy, a family-owned one,” Ward says. 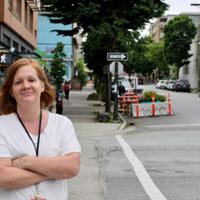 According to Kwong, the company likely recognized an opportunity to invest in the big picture of addiction medicine work, particularly when it comes to rural areas in B.C. that are hard hit but do not have the same level of programs, supports or supplies as areas like Vancouver.

She says she hopes the fellowship will be an opportunity for pharmacists — who are working on the frontlines in the treatment field — to learn how to better respond to the real needs of their patients.

“My thing has just always been about sharing knowledge and education,” says Kwong, “to break down those misconceptions and barriers about what pharmacists may think of patients and what patients may think of pharmacists. It’s really about understanding.”

Story updated on July 7 to include comment from the BC Pharmacy Association.