In mid-May Osborne’s ministry let local governments know it was cancelling the $8.4-million-a-year Climate Action Revenue Incentive Program that had been in place since 2010.

Under the program, originally intended as an incentive to join the province’s climate action charter, the province returns the money that local governments pay in carbon taxes to be invested in climate action.

Brian Frenkel, the president of the Union of BC Municipalities and a Vanderhoof city councillor, initially said UBCM members were “puzzled” by the province unilaterally cancelling the program without consulting them.

“The UBCM Executive has received an outpouring of responses from our membership since Ministry staff informed local governments this would be the final year for CARIP,” Frenkel later wrote in a May 28 letter to Osborne.

“The elimination of CARIP took UBCM and our membership completely by surprise,” he wrote. “We had not previously heard any concerns raised by the Province about the effectiveness of the program and are still unclear as to the rationale behind this decision.”

Asked Wednesday about the cancellation, Osborne said the government is proud to support local governments that are on the frontlines of addressing climate change, but that CARIP had completed its original goals.

“The CARIP program has done the heavy lifting and we’ve seen 187 of B.C.’s municipalities and regional districts on board with the climate action charter,” Osborne said.

“We’re hearing from local governments about other goals that they have and other components of the climate action charter that they want to work on, so that’s why we’ve set aside $11 million in this year’s budget to work with local governments on developing more clean, compact and efficient communities.”

The minister made the comments in response to questions following the announcement of a $500,000 grant to the City of Victoria to expand a “social procurement” program encouraging local governments and organizations to make “purchasing decisions that focus on best value rather than only the lowest price.”

Victoria Mayor Lisa Helps, who participated in the announcement with Osborne, said that while she understands that over time plans need to change, the Climate Action Revenue Incentive Program funding had been very important to her city and other local governments across the province. 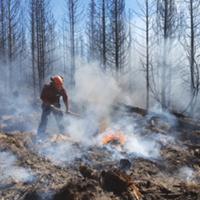 “The key thing for whatever new program is developed, and minister Osborne has committed to working with us, is that there’s stable, predictable funding that is not grant-based,” Helps said.

“That’s why CARIP was so valuable, because we didn’t have to apply for funding to do the projects that needed to be done.”

Helps said she knows the provincial government is committed to climate action and has one of the strongest plans in North America.

“We trust that this government and minister Osborne and her team are willing to listen because that’s what they’ve demonstrated so far,” she said.

Osborne said it’s important to remember CARIP will be in place for another year, giving her and George Heyman, the minister of environment and climate change strategy, a year to work with local governments to develop a replacement.