New data from the First Nations Health Authority released Thursday shows First Nations people, who make up just 3.3 per cent of the B.C. population, are more than five times more likely to die from poisoned drugs.

Dr. Nel Wieman, who is Anishinaabe from Little Grand Rapids First Nation in Manitoba and an acting chief medical officer for the FNHA, said government responses to the pandemic and poisoned drug crisis have played a role in the large increase in deaths.

“Unequal responses to these crises have had a significant negative impact on toxic drug overdoses and deaths overall, especially for First Nations people in B.C.,” said Weiman.

The disproportionate impact of the toxic drug crisis on First Nations individuals is at its greatest since 2016.

And First Nations women are nearly 10 times as likely to die of toxic drugs than other women.

“The messaging for the pandemic has been that we’re all in this together, but this is not the case for the toxic drug crisis,” Wieman said.

The First Nations Health Authority has decided to use the term “toxic drug crisis” rather than “overdose crisis” because it reflects the reality of an increasingly poisoned illicit drug supply that makes using a predictable amount of drugs impossible, Wieman said.

“We need to change the narrative and work together to change stigmas for people who use drugs,” she said.

The pandemic brought restrictions on harm reduction services, isolating people who used substances from the support networks that allowed them to use more safely.

For First Nations people, a lack of culturally-safe support and treatment options, limited access to primary care and anti-Indigenous racism in the health-care system deter them from seeking support or being able to access it at all.

And intergenerational trauma from past and ongoing colonial violence, including the Indian Residential School system, can cause some to use substances to cope.

While men continue to make up the majority of deaths, First Nations women were almost twice as likely to die as a result of poisoned drugs as their non-Indigenous peers.

The combination of racism, sexism and misogyny First Nations women experience, as outlined in the inquiry into Missing and Murdered Indigenous Women and Girls final report, creates layers of trauma, fear and limited resources “that all get in the way of people accessing care when they need it,” said McDonald.

The First Nations Health Authority has been working on expanding Indigenous-specific, culturally safe harm-reduction and treatment services in First Nations communities and for those living in urban areas across the province.

These include distributing naloxone kits to First Nations communities and building opioid agonist therapy access in 21 communities with an expanded number of prescribers.

But both Wieman, McDonald and provincial health officer Dr. Bonnie Henry said the best way to save lives is to decriminalize substance use and create a safe and regulated supply of drugs. 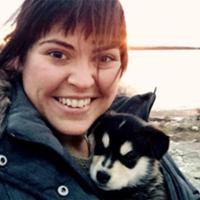 ‘This Can Really Save Someone's Life’

“We need to advance the calls that we put out from our office for several years around decriminalization,” said Henry. “We need to create a safer drug supply and that is one of the things we continue to push.”

Wieman and McDonald stressed that the toxic drug crisis needs the same urgent and large-scale government response as the pandemic has received to truly end.

According to reports from the coroners’ office, 2021 is currently on track to surpass 2020 as the most fatal year on record, with 498 people dead in the first three months of the year.

“Just as with the pandemic, the only way out of this toxic drug crisis is together,” said Wieman.