British Columbia’s system for reporting adverse reactions to vaccines would be better at monitoring safety if it were simpler, says a family physician with decades of experience.

Warren Bell, a doctor in Salmon Arm, made the observation as the province and jurisdictions around the world are in the middle of a mass immunization campaign against the virus that causes COVID-19.

More than 3.3 million deaths have been attributed to the pandemic since it emerged in early 2020. Officials in B.C. and elsewhere have repeatedly said the approved vaccines are all effective and extremely safe, while any risk of harm is minor compared to the risk from COVID-19.

Bell said B.C. is not alone in taking a poor approach to collecting information on adverse vaccine effects. It appears “hardly any government wants to get information because they’ve designed the information-gathering process to be completely inscrutable and unusable,” Bell said after reviewing the forms used in each Canadian province.

While Ontario’s form is relatively good at a page-and-a-half of concrete, straightforward questions, the one for B.C. is by far the worst, he said.

“It’s absolutely atrocious,” he said. “It’s six pages, most of it is little tick boxes... It’s a useless process and they made it impossible to work and the implicit message is we don’t want you to tell us anything.”

Several provinces use a federal form that he found was “not great,” though still better than the one B.C. uses.

Bell estimated it would take half an hour for a highly-trained professional to complete B.C.’s “ridiculous” form and said many busy practitioners would simply abandon the process.

“Nobody in this world answers a six-page questionnaire with ticky boxes,” he said. “The people designing this form don’t live in the real world, they’re living in some political ivory tower.”

The form, available on the BC Centre for Disease Control’s website, predates the COVID-19 pandemic. The full instructions for how to fill it out are included in an 18-page user guide.

Nobody from the BCCDC was available for an interview.

A spokesperson said in an emailed statement that B.C. participates in the national surveillance program led by the Public Health Agency of Canada, which in turn is part of the international monitoring system that the World Health Organization co-ordinates.

“The B.C. form is entirely based on the national form for consistency,” they said. “Reporting of events is ‘case by case’ and requires sufficiently detailed information about the event in order for it to be properly assessed.”

Nor is filling out the form quite as taxing as it might at first appear, they said. “If you take a close look at the form, not all pages need to be completed. For example if the event being reported is a local reaction, they would just complete that section among the ‘events.’”

A B.C. Health Ministry spokesperson said in an email that the public can have confidence in the reporting system.

While adverse reactions following immunization are rare, they do happen. And they do get reported.

On Thursday provincial health officer Bonnie Henry announced that B.C. had seen its first case of vaccine-induced immune thrombotic thrombocytopenia, or VITT, in a woman who had received the AstraZeneca COVID-19 vaccine.

The condition, which is an uncommon but known reaction to the AstraZeneca COVID-19 vaccine, includes blood clots and can be fatal.

“The person is a woman in their 40s and she is stable and currently receiving treatment in hospital in Vancouver Coastal Health,” Henry said.

“This is something that we know is rare, but is associated with the AstraZeneca vaccines that we have been receiving here in Canada. The recent update of this safety signal with the information that we have from around the world is that the likelihood of this happening is about one in 100,000 doses.”

In recent weeks in Canada two women in their 50s who had received that vaccine died, one in Alberta and one in Quebec. In the United Kingdom, where it is the main vaccine being used and tens of millions have received it, there have been 242 cases and 49 deaths.

By the start of May more than 193,000 British Columbians had received first doses of the AstraZeneca vaccine. Another 57,000 received the Covishield version of the vaccine made by AstraZeneca collaborator the Serum Institute of India.

Henry said the AstraZeneca vaccine has been a small part of B.C.’s program and was mainly used at a time when vaccine supplies were limited to help stop COVID-19 outbreaks in Whistler and northern communities.

“We are confident and continue to be confident in the safety and effectiveness of the AstraZeneca vaccine,” Henry said. “People who’ve received the vaccine, including my family members, can be very confident.”

With all vaccines, reactions can happen in the first 24 hours, Henry said. With the AstraZeneca vaccine, between four and 28 days after receiving it people can have serious symptoms associated with blood clots. They can include shortness of breath, chest pain, swelling in a limb or a headache that won’t go away, she said.

“These are not common signs, but they are worrisome,” Henry said, adding the province has been providing doctors with information about what to look for and that anyone who is concerned by their symptoms should seek medical help.

The topic came up following comments from National Advisory Committee on Immunization officials saying the mRNA vaccines made by Pfizer and Moderna are “preferred” over the ones made using a different method by AstraZeneca and Johnson and Johnson.

“The issue with the safety signal is that although it is very rare, it is very serious, and so individuals need to have an informed choice to be vaccinated with the first vaccine that's available or wait in line for an mRNA vaccine,” NACI vice-chair Shelley Deeks said.

According to weekly reporting from the BCCDC, there have been adverse events in the province associated with all four of the vaccines that are in use.

A reaction is considered “serious” in the report if it “resulted in hospitalization or a prolongation of hospitalization, permanent disability/incapacity or death.”

As of May 1 there had been 1.85 million doses of vaccine from the four companies administered in the province and 54 reports of serious adverse reactions. There have also been 867 reports of "non-serious" reactions. 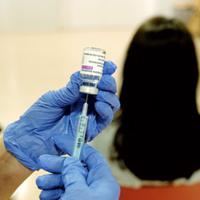 Salmon Arm doctor Bell said a robust, easy-to-use system for reporting adverse events is key to public confidence, which is why the system needs to be better.

“We do a lot of stuff we don’t monitor very carefully,” he said. “Like other countries, Canada would do well to have adequate monitoring systems in place that will keep a close eye on this for at least the next few years. Until we do that we’re flying blind.”

The principle behind vaccination is sound and has been around for at least hundreds of years, Bell said, adding that it’s good preventative medicine. Where there’s hesitancy, it’s about politicians and corporations, not the vaccines themselves, he said.

In his case, he hasn’t had a COVID-19 vaccination himself yet, but said he will soon. He’s confident enough with how it’s rolled out around the world.

“I’m satisfied that if there were signals of considerable short-term harms, they would have registered.”