Children and youth turned out to be one of the biggest investments of the B.C. budget, with ministries focused on education, child care, child welfare and advanced education all seeing spending increases over six per cent.

But some critics say the amounts are still not enough to meet the post-pandemic need.

The pandemic was front and centre in advanced education plans. In February, Victoria News reported that 20 of B.C.’s 25 public post-secondary institutions expect to run a deficit this year, in large part due to the decline in international student enrolment.

However, ministry officials say the budget increase is to cover over $550 million in added labour costs as result of increases in collective agreements, as well as $96 million to expand health education programs and training for health-care assistants in anticipation of increased demand.

There was little new funding in the budget for students, but Jenelle Davies of the BC Federation of Students pointed out that last year’s B.C. Access Grant was a major investment. The grant offers up to $4,000 a year to middle- and low-income post-secondary students in the province. Any student who applies for a B.C. student loan is automatically assessed for the grant.

“We know that this is a pandemic budget,” said Davies, adding that she was pleased to see a $36-million investment in student employment programs in the budget after so many students lost their jobs during the pandemic.

Davies said that students would’ve liked to have seen tax credits aimed at students instead go towards funding needs-based education grants in this budget.

The province also pledges, without attaching dollars, to expand the tuition waiver for those who have transitioned out of child welfare to all ages. Currently waivers are only available for youth from care under 27.

Budget short on support for youth from care

The Ministry of Children and Family Development is spending an additional $50 million on child welfare, bringing the budget up to $781 million.

Expanded pandemic housing support for youth leaving care, which extended foster care housing funds for youth up to two years after they transition out of care, will continue.

But it’s not the universal expanded access to post-care supports that youth from care were hoping for, says Susan Russell-Csanyi, campaign organizer with Fostering Change.

For example, the ministry only anticipates reaching about 40 per cent of youth from care with its Agreements with Young Adults program next year. The program provides youth in education, skills training or substance use treatment programs up to $1,250 per month to cover living expenses for up to two years.

“That still leaves the majority of that cohort to face adverse outcomes,” said Russell-Csanyi. Children from care face increased likelihood of homelessness, getting caught up in the justice system and dying young compared with kids who grow up with family.

Fostering Change, a campaign of First Call: BC Child and Youth Advocacy Coalition that is run by and for youth who have transitioned out of care, will speak with Children’s Minister Mitzi Dean today to discuss the budget, said Russell-Csanyi.*

“I just want to applaud that they’re very engaged with us still,” she said, adding she is pleased to hear the ministry is working with BC Housing on securing housing units specifically for youth from care.

But overall, she said, this budget is a dud for youth from care. “This is not the concrete solution that we want.”

The decline in international student enrolment hit elementary and secondary schools hard this school year, with B.C.’s largest school districts already anticipating big budget shortfalls. School districts are required by the School Act to balance their budgets, so cuts are being considered.

The budget for kindergarten to Grade 12 education was increased by $438 million this year, for a total of $7.1 billion in operations funding. Total education spending is expected to increase by $1.2 billion by 2023/24.

However, the funding boost is mainly to cover increases required by teacher and support staff contracts, said Stephanie Higginson, president of the BC School Trustees Association.

“Not every district is in a deficit right now,” she said, but those that are will need to make “difficult decisions.”

The Education Ministry’s stated goals this year include “decolonizing” education by eliminating the achievement gap between First Nations, Métis, Inuit and all other students; further implementation of the latest provincial curriculum and training for teachers using it; developing a provincial anti-racism plan; and working with the Children’s Ministry to expand child-care spaces in schools.

But the money specifically for mental health in schools is just $6 million over three years — not nearly enough considering how much mental health has suffered during the pandemic, said Teri Mooring, president of the BC Teachers’ Federation.

“We were expecting a more significant investment in student mental health than that,” she said.

“Obviously in September, we’re not going to be fully out of the pandemic. We anticipate that we’re going to have students with a lot of needs, especially students who have been disproportionately impacted.”

Districts making cuts to balance their budgets could also have a negative impact on student mental health, Mooring said, especially if the cuts are to music and arts programs, or resource teachers like school psychologists and special needs teachers.

“In most districts, we have contractual class size limits in place, so what tends to happen is that it’s the specialist teachers that end up being the ones that can be, quite frankly, laid off,” she said.

The Children’s Ministry program to support kids and youth with special needs will get a $30-million boost, much needed after the pandemic put more stress on families of children with complex needs.

But when you parse the numbers, said Representative for Children and Youth Jennifer Charlesworth, the government is only providing enough money to cover its basic obligations for kids and youth with complex needs.

“Really there’s nothing that speaks to trying to make a more equitable, inclusive and supportive system that deals with the frailties of the system that we knew existed before COVID, and have got a lot worse during COVID,” she said.

The ministry continues to promise to introduce a new framework for supporting kids and youth with complex needs, Charlesworth said. “But there’s no money.” 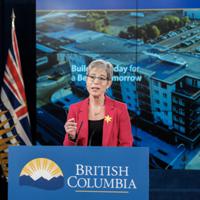 Charlesworth welcomed some elements of the budget, including the expansion to child-care programs. But she said it left out a key group hit hard by the pandemic — kids and youth.

She wants to see investments into systems of care, an organized network of services and supports for specific populations like kids and youth with complex needs, that not only plans for future need but also works to expand existing services and decrease waitlists across B.C. But that wasn’t covered in this budget.

“How is it that children throughout this province are going to be able to access the services and supports they need? It shouldn’t just be whether they’re fortunate enough to be in a school district or a community that has a specialized team,” she said.

Once kids with complex needs become adults, they transition to Community Living BC, which benefited from a budget increase of $367 million over three years, enough to support an additional 1,300 people every year, starting with $115 million or a 13 per cent increase this year.

Child care, already bolstered by Monday’s federal pledge of $30 billion in funding over five years, will receive another $233 million over three years from the province.

New dollars go towards 400 additional spaces for Indigenous children; more than doubling of the 2,500 families currently helped by $10-a-day pilot programs; another 2,000 families accessing supportive child development programs; and a $4 wage top-up for early childhood educators — $2 more than they received during the pandemic. 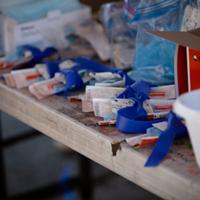 But the organization that’s led the push for low-cost child care in the province is disappointed with the budget, pointing out the ruling New Democratic Party had pledged to invest $250 million annually into child care.

“B.C.’s government must now improve on its lacklustre 2021 budget by using new federal funds and the roadmap we’ve laid out for them in order to deliver on their election commitments,” said Sharon Gregson of $10aDay, which has pushed for a new approach to child care.

“We know that making child care more accessible will increase access for education for those who can’t afford to pay for both educational costs and figure out child care,” she said.

“We’re excited to see how many doors that opens to education this year.”

*Story updated on April 22 at 2:27 p.m. to include the name of the parent coalition of the Fostering Change campaign.