However, collective bargaining on their first contract, initially scheduled to begin May 2020, has been repeatedly delayed. Negotiations just started last month.

As a result, research assistants — the majority of whom are graduate students — have been left without employer health insurance during a global pandemic.

“When it comes to bargaining and the benefits that our other members and SFU staff have, we’re trying to bring research assistants… to a similar level,” said Lea Hogan, an organizer with the Teaching Support Staff Union, noting that research assistants help produce one of SFU’s biggest assets.

“Universities profit substantially from research and the work that people do in the pursuit of this particular element of knowledge,” they said.

“If I was to say what’s sufficient, it would be full-on coverage of pretty much everything,” said Hogan, adding that without health insurance, research assistants may not be able to access medical treatment such as visits with specialists, dental care, mental health counselling or prescriptions.

The Tyee reached out to SFU administration with an interview request but was told no one was available to speak about research assistant bargaining. Instead, Angela Wilson, senior director of media relations and public affairs, sent The Tyee an emailed statement:

“It is important to note that we cannot bypass the process of collective bargaining and ratification; SFU and TSSU are currently working through this process.”

Hogan says part of SFU’s voluntary recognition of the research assistants’ unionization in November 2019 included an agreement that it would send the union a monthly updated list of research assistants at SFU, effective immediately.

But TSSU says the first list of research assistants at the university — which erroneously included managers and clerical staff belonging to other unions — did not arrive until July 2020, following two days of mediation between the university and the union.

Without the list of names, the union could not survey research assistants on what they wanted for their collective agreement. If they had been given a list of research assistants back in November 2019, the TSSU contends it would have been ready to bargain by May 2020.

“We would have had a collective agreement by now,” said Hogan, adding the list puts the number of SFU research assistants at more than 2,000, a number the union expects will decrease as it weeds out other types of employees from the list.

The TSSU submitted its notice to start bargaining with the university last October. But bargaining did not start until March 2021. The collective bargaining period for all employees under the TSSU, including sessional instructors, begins November 2021.

Sylvia Fuller, a sociology professor at the University of British Columbia, says the pressures of transitioning to online learning during a pandemic may have added to the bargaining delay, but believes there are other factors at play.

“It does make me wonder if there is some foot dragging on the part of the university in terms of taking on the responsibility of an employer,” said Fuller.

Collective bargaining for sessional or temporary instructors at post-secondary institutions across Canada started about a decade ago, but it has been harder to unionize research assistants because institutions have argued the job is about student training and professional development, Fuller says.

Chandra Pasma, a researcher with the Canadian Union for Public Employees, said the fact that research assistants can be paid either by the university or by a faculty member with grant money has also made it difficult to unionize, because there’s no universal agreement over who the employer is.

The lack of clarity over who qualifies as a research assistant — a term that varies in meaning from campus to campus and even department to department — can also put a snag in union drives.

But it’s a start, she says. 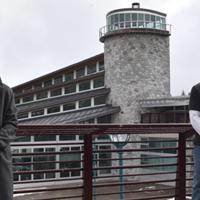 “Sometimes, unionization is able to turn precarious positions into more secure ones, and sometimes it doesn’t,” Pasma said.

“Obviously we’d like to see everyone in secure positions, but I wouldn’t underestimate the importance of improving pay, benefits and working conditions for everyone who is in precarious positions.”

On a positive note, Pasma says despite the 18-month-long limbo for the TSSU, the fact that research assistants at one of the province’s largest universities are now bargaining a collective agreement will be an inspiration to university employees and students across the country.

“Every time we win an organizing drive, I think it’s inspirational to workers and sets an example. Hopefully it raises the floor for all workers, whether they’re unionized or not,” she said.

“It certainly holds out hope to unorganized workers that it’s possible to organize and to bargain a collective agreement that will protect them and improve their pay and benefits.”