It used to feel like Charlotte Palmer and her family “lived at BC Children’s Hospital.”

But the family hasn’t made the six-hour trip from Penticton to Vancouver in more than a year. Charlotte’s parents feel travel and finding somewhere to stay creates too much COVID-19 exposure risk for their child, let alone the risks in the hospital.

Five-year-old Charlotte is one of two people in B.C. with Mirage Syndrome, a rare genetic condition affecting her blood and immune system. She is immunocompromised and uses a ventilator for her central hypoventilation and chronic lung diseases and a feeding tube.

“I’m not worried about my health, but I would be devastated if I brought home COVID somehow and she got sick and couldn’t survive,” said her mother, Christina Palmer.

Families of children with complex medical needs have drastically altered their work and home lives to protect their children from COVID-19, with limited government support and at great personal and financial cost.

But parents of kids like Charlotte aren’t prioritized for vaccination in B.C., a decision they say denies their children an extra layer of protection afforded to a narrowly defined group of clinically vulnerable adults.

“There’s still this ableist current that doesn’t value our lives or our kids lives,” said Brenda Lenahan, a single mother to six-year-old son Cole in the Comox Valley. “It’s great [vulnerable] adults have it, but now a 15-year-old who has the same vulnerabilities, there’s no protection for them.”

And as respite nurses working in their homes are prioritized for vaccination, parents say their exclusion ignores their role as essential caregivers for their children.

“We do just as much as the nurses for her care, without the recognition,” said Palmer. “And if we get sick, there is no one else to care for her, and she’ll be admitted to the ICU.”

The Tyee spoke to Lenahan, Palmer and heard from three other families who are part of BC Parents for Complex Kids, which advocates for children 15 and under who qualify as “medically complex” under the province’s definitions due to a variety of physical and developmental disabilities, genetic conditions and chronic illnesses.

It’s a narrow definition, Lenahan noted, and many more families and children could benefit from wide vaccine prioritization for vulnerable kids.

Currently, no one under 16 in B.C. is eligible for any available vaccine, based on the advice of the National Advisory Council on Immunization. But there is early evidence to suggest the Pfizer-BioNTech vaccine is safe and effective for youths aged 12 to 15.

Whether it is safe or recommended to vaccinate children under 12 is still being evaluated.

But many kids with complex conditions can’t ever be vaccinated due to their high risk of complications. That’s left families to take drastic steps to limit their children’s exposure.

Being vaccinated, they say, would be a major way to help reduce the risk for their children.

Families have reported delaying hospital visits and doctors’ appointments, quitting their jobs or negotiating with employers to work from home, keeping siblings home from school and not allowing family to come for outdoor visits.

Some, like the Palmers, faced additional challenges as they attempted to reduce the risk from nurses who supplied respite care by ensuring they only worked with their family. That resulted in reduced nursing hours and added to the families’ challenges.

Lenahan has kept Cole home from school for more than a year to protect him from the possibility of exposure. As a single parent and small business owner, it has been a challenge. Cole’s care has also been a significant barrier to Lenahan’s own employment for years.

She is considering moving their family to a smaller community, away from support, hospitals and grocery stores, so that Cole can attend a school with just 25 other students to limit his exposure. 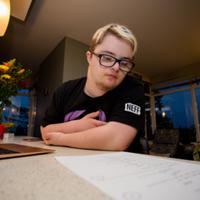 “It is a constant risk analysis, and one that we take so seriously for the health of our kids,” Lenahan said. “The weight of that is enormous and unrelenting.”

For the Palmers, that risk has meant their eight-year-old son Rylan has to isolate away from the family every time he comes home from school with the sniffles. He stays alone in the basement until he can get a negative COVID-19 test result, usually at least a day or two.

Keeping him home with Charlotte, who does school online, was too hard on his mental health, and the Palmers sent him back a few months into the school year.

“It has been stressful on a little eight-year-old to try not to get sick as he has witnessed Charlotte being admitted to the hospital so many times in the past and they truly are best friends,” said Palmer. “The last thing he wants to do is get her sick.” 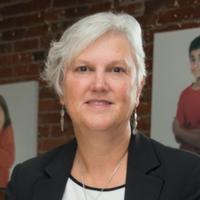 Report Finds BC’s Kids with Disabilities ‘Left Out’ During Pandemic

Last week, provincial health officer Dr. Bonnie Henry acknowledged the role of family caregivers but said the province is focusing on vaccinating the individuals who are most at risk “to protect [them] directly and then to protect all of us.”

The Tyee has also reached out to the Ministry of Health for further comment.

Lenahan, Palmer and many others with children who will never be able to be vaccinated feel like they are being left out of the equation completely.

Many parents will be waiting at least another month for their shots as cases surge, and as many as three months for parents under 30.

“I just would ask that we are prioritized now as essential caregivers in the same space that they’re prioritizing clinically vulnerable adults, because it’s a real continuum of need,” said Lenahan. “We are told our turn is coming, but this can’t come soon enough.”