Chinatown advocates say they are grateful 300 seniors will be vaccinated at a special clinic at the Carnegie Centre today.

But they’re concerned that low-income seniors in the community, many of whom don’t speak English as their first language and fear facing anti-Asian racism when they leave their homes, aren’t being given the same level of help as other elderly people in the region.

Those factors are putting up barriers to accessing the vaccine, advocates say.

“A lot of them are excited to get the vaccine, but a lot of them are also anxious about not getting it,” said Michael Tan, the vice-president of the Chau Luen Society, which operates an apartment building for seniors in Chinatown and does advocacy and outreach work.

“It’s kind of heartbreaking when I tell them that the clinic is this Tuesday, and they’re telling me they can’t walk there.”

Tan and other Chinatown advocates have been lobbying for more information about the vaccines to be offered in Cantonese and Mandarin and would ideally like to see vaccine clinics run in the buildings that house seniors in the neighbourhood.

That’s what’s been happening in the Downtown Eastside, where Vancouver Coastal Health staff have visited some single-room occupancy hotels to reach vulnerable residents and have even gone to some residents’ rooms if they have mobility issues.

Barring a building-by-building approach, members of the Vancouver Chinatown Legacy Stewardship Group are calling for a shuttle to take seniors who can’t attend the clinic today to Creekside Community Centre in Olympic Village, the closest full-time clinic.

While 300 seniors will get vaccines by appointment today, around 2,000 elderly people live in Chinatown, according to Tan.

After advocating for a shuttle for the past three weeks, Tan and other advocates learned that a shuttle operated by TransLink in North Vancouver will start taking seniors to vaccination clinics next week.

Tan is now questioning when seniors who live in Chinatown will get a similar service. “We have at least received a commitment to operationalize a version for [Chinatown],” Tan said.

“But again, it’s one of those instances where a racialized, lower-income community of residents is being overlooked or neglected.”

Vancouver Coastal Health says it has worked with several groups to open the special clinic at Carnegie Centre for vulnerable seniors who live in the Downtown Eastside and Chinatown.*

If people need help getting to the clinic, VCH communications staff say they can call and get help from the health authority; if they cannot travel to a clinic, VCH will refer them to Regional Home Health for a home visit. VCH also said staff are in discussions with community partners on transportation options.

Tan said the rise in anti-Asian racism in Metro Vancouver is another compelling reason to offer the same service to seniors in Chinatown.

In 2020, there was a 717-per-cent increase in anti-Asian hate crimes in Vancouver, according to the Vancouver Police Department, part of a North America-wide spike in racism towards Asian people during the COVID-19 pandemic.

“Asian seniors, in particular, are at an increased risk when going out in public,” he wrote in a letter to Vancouver Coastal Health. “A direct shuttle would not only help them access the vaccination process but also serve to address their immediate concerns of being the targets of physical violence.”

Tan said he was appalled to hear that a senior was attacked in Chinatown last week, according to a Twitter post by a user named @kinijalele that was shared widely over the weekend. (The Twitter user declined to be interviewed by The Tyee). 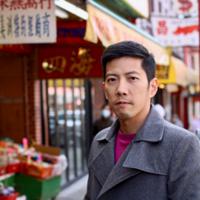 The apartment building the Chau Luen Society operates is only two blocks from the Carnegie Centre at Main and Hastings, but even that distance is daunting for some of the elderly residents. To prepare for the vaccination clinic, Tan has been rounding up wheelchairs, and the society has also asked for more volunteers to accompany seniors to make sure they are safe.

Tan and other members of the Chinatown Legacy Stewardship Group still hope to see Vancouver Coastal Health roll out a building-by-building approach to vaccinate vulnerable seniors in the neighbourhood.

“That is still our preferred method,” Tan said. “We do see that a lot of seniors will not get caught up in this 300-shot clinic, so we are still advocating for that. But we understand the difficulties doing that, so the shuttle is a bit of a compromise as well.”

*Story updated on March 30 at 11:30 a.m. to include comment from Vancouver Coastal Health.