Vancouver’s city council has approved a plan to create and fund a new small park where people can drink legally in the Downtown Eastside.

The move comes as two well-used parks in the low-income neighbourhood have been totally or partially closed for months, even though access to parks has become important to the health of city residents during the COVID-19 pandemic.

Oppenheimer Park has been closed since May after a tent city at the park was removed. A real estate developer has used half of Pigeon Park to store equipment for the past two years.

That pilot program was prompted by the increased use of outdoor public spaces to gather with friends during the COVID-19 pandemic.

The parklet will be managed by PHS Community Services and located near a residential building it operates at 111 Princess Ave. PHS operates a managed alcohol program for people with deeply entrenched addictions to alcohol in the building. Managed alcohol programs supply prescribed amounts of alcohol and have been shown to reduce hospitalizations and injuries.

The small park will provide an outdoor gathering space for members of the Community Managed Alcohol Program which, like other programs, has had to limit the number of people allowed inside its Drinkers Lounge because of COVID-19 precautions.

Russell Maynard, senior manager of programs with PHS Community Services, said the parklet is needed to provide a place to socialize with friends, but will also help to keep people with alcohol addictions safer.

“If you’re very low income and you’re housing unstable or you’re homeless, or you have regular housing but it’s in an SRO so your living space is very, very small, then you don’t really have any room to have guests over,” said Maynard. “Your ability to have friends and or family over can be complicated.”

Supporters of the parklet also hope it will replace a drinking spot in front of the Astoria Hotel on East Hastings Street. Many homeless or precariously housed Downtown Eastside residents gather there to drink alcohol they’ve purchased at the hotel’s beer and wine store.

The spot is dangerous because it’s near a busy road and creates friction in the community. Drinkers often have their alcohol poured out by police or are given tickets.

The Strathcona Business Improvement Association and the Vancouver Police Department both supported the proposal to create the legal drinking parklet.

Karen Ward, a Downtown Eastside resident who works with the City of Vancouver as a drug policy advisor, supports the creation of the Princess Avenue parklet.

But it’s unacceptable that Pigeon Park and Oppenheimer Park remain partially or fully closed, she said.

Ward said the park closures are forcing Downtown Eastside residents onto crowded sidewalks, where there has been increased conflict between housed and unhoused residents, business owners and service providers like Canada Post.

Millennium, the developer that has been using half of Pigeon Park for the past two years, expects to wrap up construction of a market rental building this spring and the park should be returned to public use within the next few months, according to city staff.

Park board commissioner John Irwin told The Tyee that some portions of Oppenheimer Park may be open in early summer. 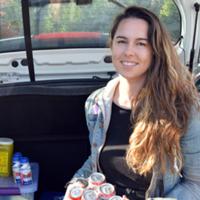 Ward said it’s unacceptable that Oppenheimer Park will have been closed for over a year during a pandemic when people in the impoverished neighbourhood have fewer options for gathering indoors.

The park board has not provided any updates to the community or held any public consultations with residents about the park closure and the plan to reopen, she noted.

“That makes me so mad,” Ward said. “They don’t have a date, and there’s not a timeline. And you’re screwing around with us because you’re scared of poor people.”

Ward would like to see more spaces in the Downtown Eastside turned into public outdoor gathering areas.

“I want other little squares and traffic slowing, and I want a lane to be shut down to cars,” she said. “Why do we have parking lots instead of space for people?”

*Story updated on Feb. 24 at 9:07 p.m. to include information about Vancouver city council's decision in approving the park.